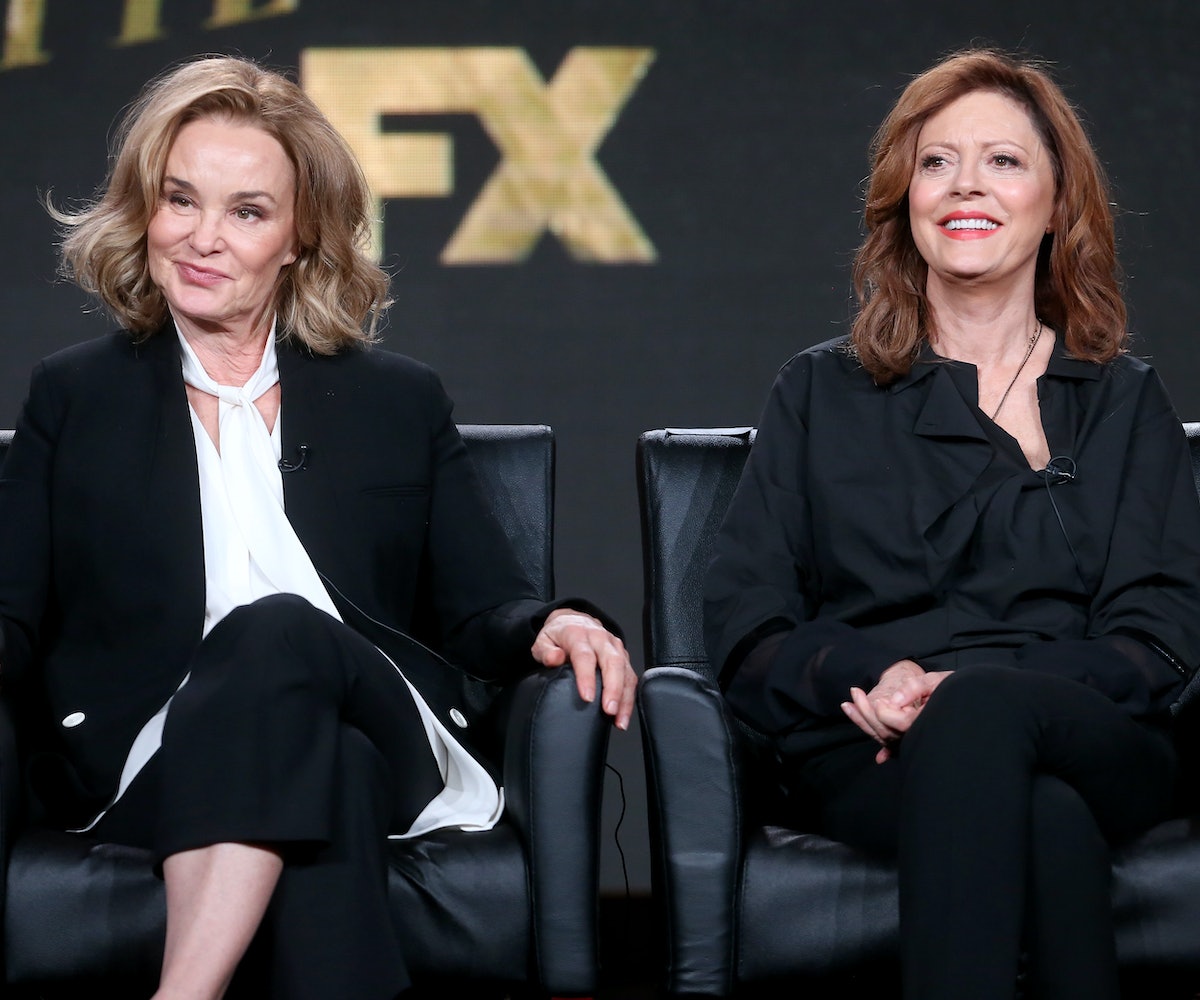 The first season, whose full title is Feud: Bette and Joan, will chronicle, you guessed it, the feud between the two Hollywood icons, whose storied rivalry emerged on the set of their classic horror film What Ever Happened to Baby Jane?

In an exclusive interview with the magazine, Murphy said that he believes Crawford and Davis should have been friends instead of enemies. "They should have been fighting the studio system and male patriarchy together," he said. "If they had just bonded and had a united front, they could have been so much happier and gotten so much in return.”

So how does a show about two relics from Old Hollywood become relevant? Lange, for one, thinks the way Feud deals with "what Hollywood does to women as they age," will help it resonate with audiences, and Murphy agrees. “I wasn’t interested in just doing this broad, campy [show],” Murphy said at FX's TCA panel. “I was interested in the idea of sexism, ageism, misogyny. Turning 40, 45, 50 and feeling like you’re at the height of your powers and people saying, ‘Well, you’re done.’”