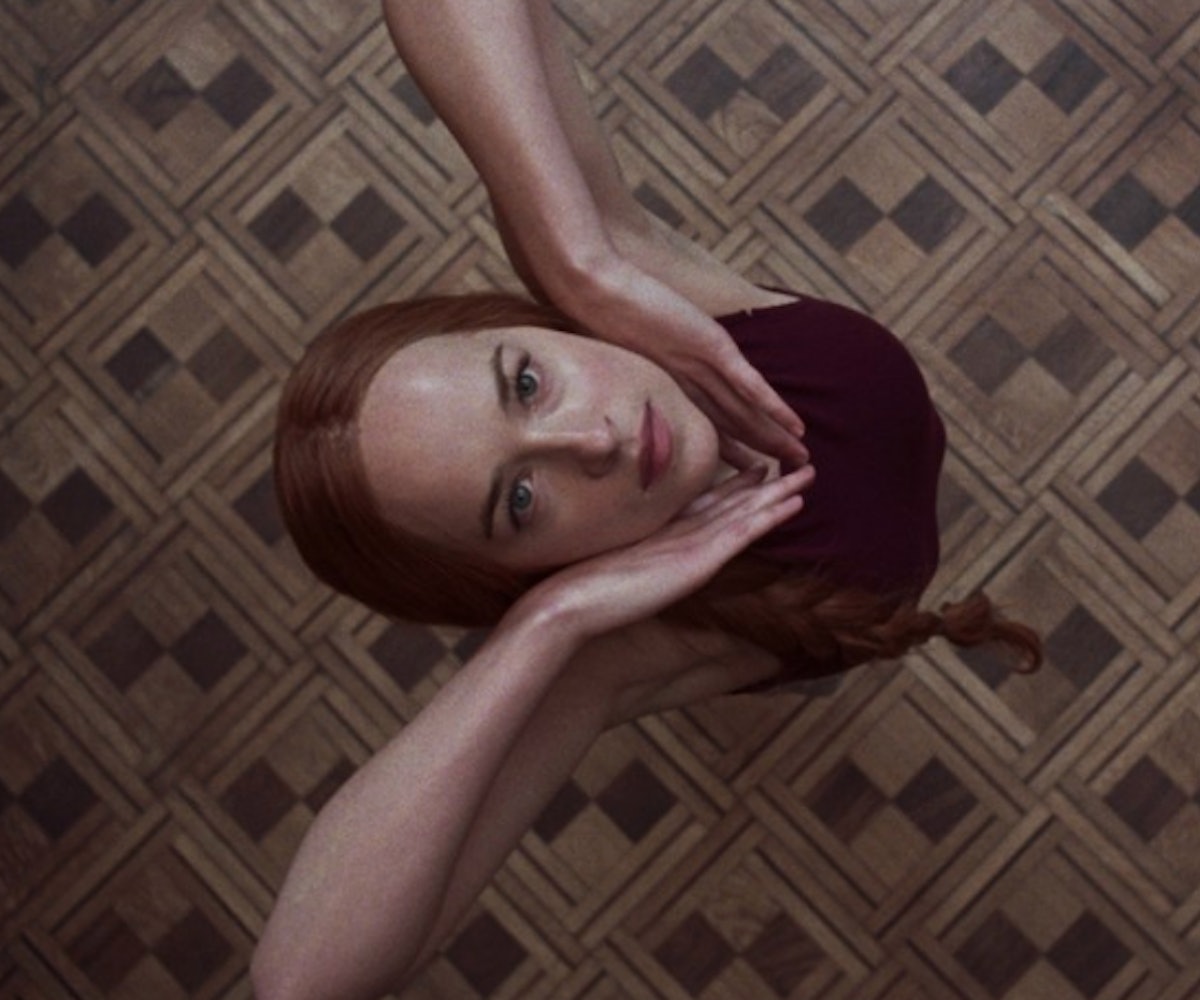 In Salem, Massachusetts, in 1692, a violent, disfiguring death could come in a number of ways: Smallpox was a constant threat, the decades-long Indian Wars were raging, and the winter struck with a devastating brutality. But a climate of hysteria rose up around another vicious, perceived threat: witches. And one way to identify witchcraft was if a woman, or group of women, were found dancing together, contorting their bodies in throes of ecstasy or agony, unleashing all that was supposed to be constrained.

In Luca Guadagnino's reimagining of Dario Argento's Suspiria, witches are also identified by their dancing. Only, unlike those women in long-ago Salem, these dancers—or, at least, their instructors—are real witches, in possession of the kind of power and bracingly malicious intent that fuels the nightmares of guilty men, everywhere. And it doesn't matter if it's Puritanical Massachusetts, Baader-Meinhof-terrorized Berlin, or the America of right now, there are guilty men everywhere, which is why spending two-plus hours wallowing in the contorting decadence of the writhing female body, a weapon and a wound all at once, is a viscerally affecting experience, one that lingers like a bruise, long after the initial shock is over.

If Suspiria is to be believed, life in Germany in 1977 was an ugly, muted gray, like the blunt edge of a knife. But inside the Markos Dance Academy, there was color: fawn browns and militant greens and expanses of creamy white, but also streaks of lurid red. This is where Susie Bannion (Dakota Johnson) arrives, having left her Mennonite family behind in America, to study under the direction of the imposing Madame Blanc (Tilda Swinton).

Both the academy and Susie are in states of chaos; the latter because of the mysterious death of her mother, and the former not only because of an enigmatic internal power struggle between Madame Blanc and the elusive Madame Markos, but also because of the disappearance of a student, Patricia (Chloe Grace Moretz), who vanishes after confiding to her psychiatrist, Dr. Josef Klemperer (a disguised Swinton), that she believed the Markos Academy is, in actuality, a coven of witches.

Covens are, it must be said, pretty on trend right now, as are witches in general, with pop culture having adopted this terminology as a means of expressing female empowerment. But what kind of empowerment? It's hard not to at least raise an eyebrow when seeing the proliferation of coven-branded merchandise, and noting that these same companies who now embrace witchcraft would once have emblazoned T-shirts with the words "girl boss" or "lean in." The rise of the coven in 2018, then, feels like another way for women to be encouraged not to dismantle the patriarchy, but to attain positions of power under its aegis.

And it would be easy to assume that Suspiria—with its virtually all-female cast, yet male director and writer—would give the outsider Susie a traditional empowerment arc. She arrives in Germany, friendless and naive, then enters into the warped world of the Markos coven, a place of clear and constant threat. But Susie is no hero—or, at least, not in the way in which we've grown accustomed to thinking of heroes. Instead, throughout the film, Susie shows the full range of female complexity; she is tender, she is furious, she is modest, she is emboldened. She is a woman coming into her own—and doing it, notably, without the help of a man. There are no male love interests in this world, and there doesn't need to be sex when there is dance. (One memorable moment in the film follows a virtuosic dance performance by Susie, who tells Madame Blanc this about the dance: "It felt like what it must feel like to fuck.")

This absence of an empowerment arc leads to a messy climax, the kind in which you find yourself spinning, not knowing what to think, and about whom. But then, there is nothing clean in Suspiria, Berlin itself seems to be covered in a thin layer of ash rather than just mere snow; and so why would there be anything clean about Susie's self-actualization? It is a bloody, visceral rite of passage, a birth, a pain specific to women. It is imperfect, but utterly compelling; leaving viewers with the kind of unsettled feeling that was experienced centuries ago by those people who stood at the edges of the darkened Salem woods, watching the twisting shapes of mysterious women dancing under the moonlight, howling into the night.

Suspiria is in select theaters now.