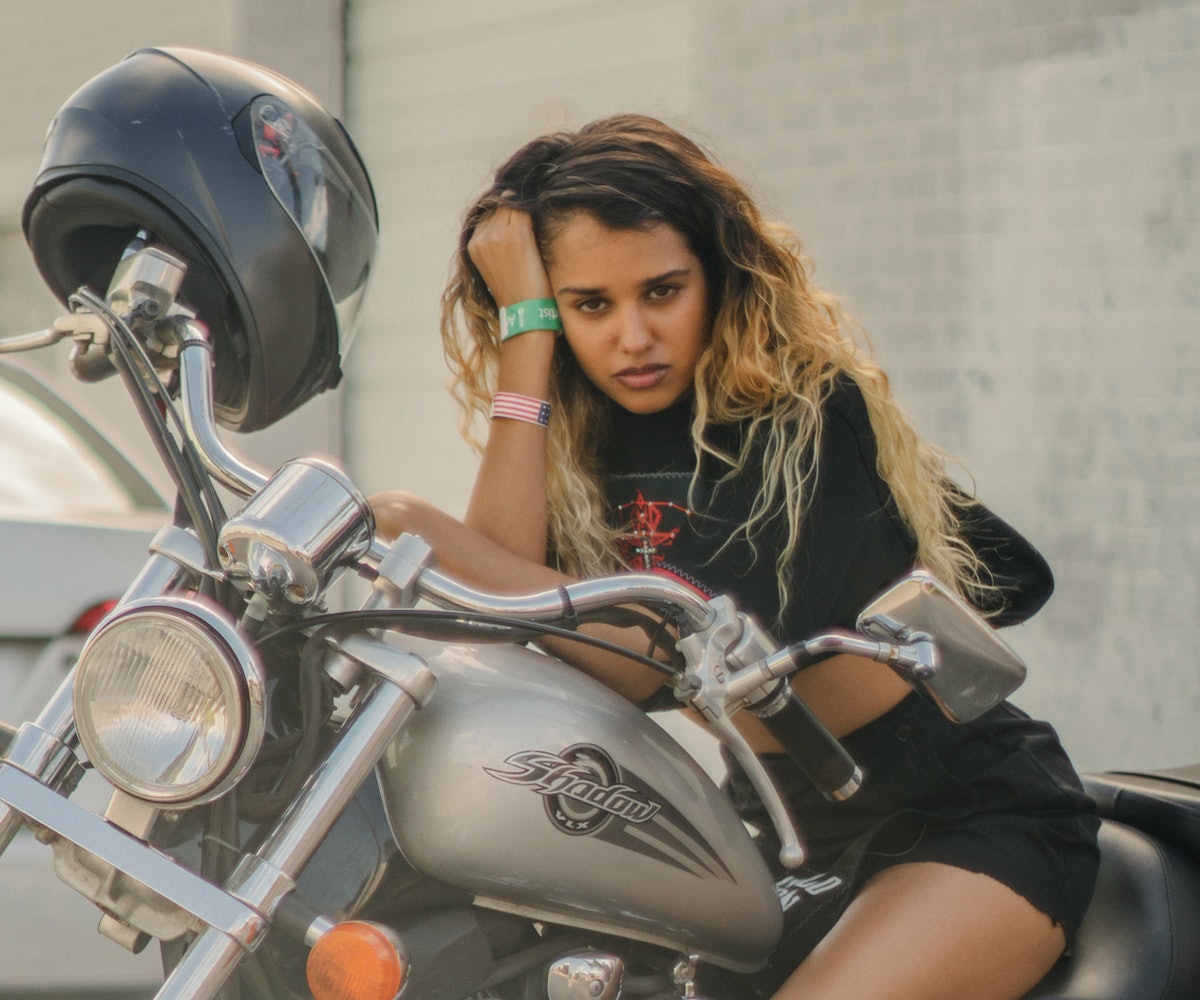 Austin, Texas, is one weird city. It courts musicians and artists alike, and for two weeks in March, they and seemingly everyone else under the eccentric sun, descend upon the Lone Star State for South by Southwest.

It should come as no surprise that the style that walks the streets of downtown Austin and its creative East Side is rich with unexpected quirkiness and badass edge. (We found some of the coolest at our own two parties and Fader's infamous Fader Fort.) Half the time it's nearly impossible to decipher who's a musician and who's a spectator; everyone is a character and that's where the true magic of SXSW lies. Well, aside from the whole 24/7 access to live music. That's pretty cool.

Anyway, ahead catch a mere glimpse at the individuals who wowed us this time around. Festival season has officially started, and boy, has its style bar been set high.

Looks like that '90s trend of the exposed biker leg is making a comeback after all.

Fishnets are a body's best friend.

PWR BTTM and Lizzo are cool as hell.

Let 2017 be the year tie-dye makes its triumphant return.

Half-top? No problem—especially at The Fader Fort.

Monochrome to your dome.

It's Julie Adenuga and Cardi B, y'all!

The fanny pack is back in a most unexpected fashion, thanks to Little Simz.

A fun game to play during SXSW is: Band member or really good dresser?

These boots were made for street style stalking.