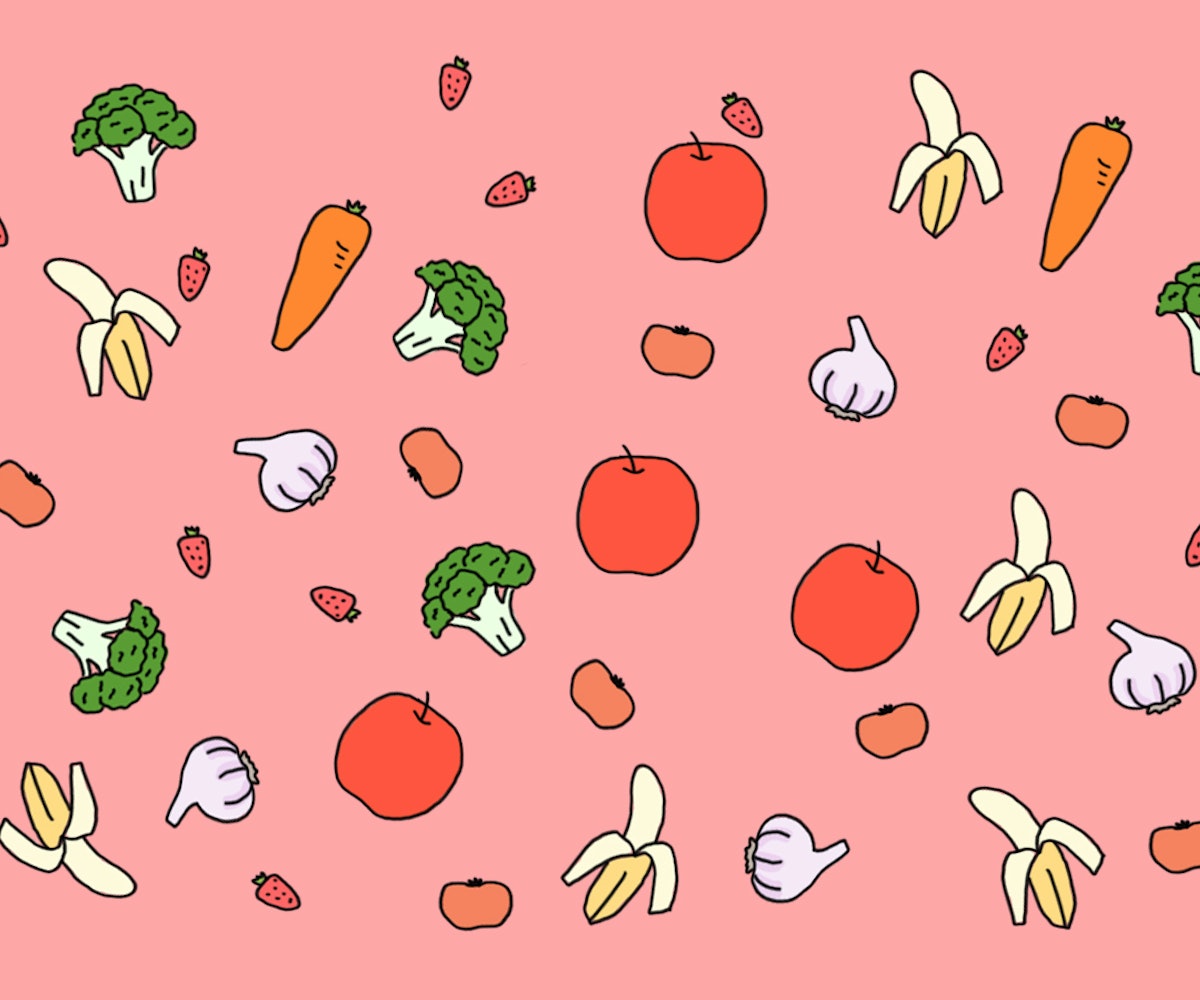 I grew up during a very strange time in American diet culture. During the first part of my life, dietary fat was the enemy, and low-fat (albeit high-sugar) diets were all the rage. Then, something in the wind shifted, and Atkins became the new thing. I watched the fat-free yogurt and skim milk in my family fridge be replaced with bacon and full-fat cheese, and people everywhere lost weight as their bodies shifted into a ketogenic fugue state. However, when the founder of Atkins himself died of cardiac arrest, folks were slowly scared away from his way of eating, and since then, everything from juice cleanses to raw diets and gluten-free diets (even for those who are not celiac) have been hailed as "the way to eat," and we've been told to eschew everything we previously knew about how to, well, chew.

While we were growing up and watching all of this happen, my friends and I also always heard our mothers talk about “eating light” with a sense of pride; this was clearly the way to become light, and lightness was the ultimate ticket to being worthy. It wasn’t our mothers' fault, necessarily. This concept of "lightness as worthiness" was something that had been sold to them, possibly from their own mothers and certainly through diet ads, their peers, and the fashion industry, which manages to sell thinness and whiteness as the gold standard, while simultaneously commodifying other cultures. “Eating light” became quite the earworm, as did phrases like, “Oh, I’m so bad!”—usually said after polishing off a cookie or an extra slice of pizza; or “I’ll have to work that off this weekend," declared after indulging in a piece of birthday cake; and then later into the 2000s, my least favorite but perhaps the most buzzy and insidious term of them all: “clean eating.”

It’s not surprising so many of us developed eating disorders, myself included. Mine took the shape of binging and purging, and, as such, this changing landscape of food language and diet trends has been incredibly dangerous to navigate. Language that demonizes certain foods (and sometimes even certain ways of preparing foods) perpetuates the stigmas we have toward our own eating habits and our own bodies, and not only can it be tempting to try each new diet trend as it comes along, it can be very easy to self-punish when things don't go as planned. It's very easy to hear things in the cultural dialogue like "clean eating" and assume that if we decide to forego the trend and eat the things we need for our recovery instead, that we are in fact bad, immoral, or just plain “dirty”—and that's yet another fight we don't need while we struggle with disordered eating.

During the depths of my eating disorder, when I couldn’t see my way out, I used culturally accepted phrases like “clean eating” as an excuse to avoid certain foods. I followed each newest health trend as a way to enable my sickness, but if I slipped up and consumed something that wasn’t “clean,” it would lead me to binge and purge out of self-destruction because I felt like a failure (many of these diets are very all-or-nothing). The eating-disordered mind doesn’t react rationally, and it’d drive me to either restrict myself or to binge later because, by my rationale, I’d already “messed up” so I might as well keep going down that path. The same thing would happen if I was with friends and would allow myself to have a snack, but would then hear those same friends talk about how they’d have to “work it off in the gym” or say how “bad” they were for having multiple cookies. Even if I’d previously felt okay about my snacking, I’d suddenly feel judged, and apply their words to myself.

It took years for me to come to terms with the fact that some people are going to say these things no matter what; thinness and dieting are always going to be prevalent parts of our culture. I’ve mostly accepted that it’s up to me to block out these things and not to engage. But it still bothers me that people don’t see the harmful impact of these phrases; and I know that younger and more impressionable folks are still incredibly affected by this kind of language, which is why I see the need for a change. And even though I’ve done years of work to understand that this is a cultural thing I don’t necessarily have to engage or agree with, when I had a recent relapse, I was thrown back into it in a different way than I’d ever dealt with before.

During the latter part of 2016, when the stress of the election results combined with multiple personal stresses, my bulimia and binge-eating changed form, and I found myself instead with a very low appetite. I lost weight rapidly because I wasn’t eating much, and it scared me. When I realized it was happening and that the only way to better health was to learn to eat more again, I found the only things that I had the stomach for were things I’d typically avoided before because I was afraid of feeling judged—my body was craving sustenance, yes, but also comfort. The foods that were the antidote to the new form my disease had taken were the foods I’d been taught to be terrified of while growing up.

Sometimes, the very foods that pave the path to eating disorder recovery are the same foods that many people (including health professionals) demonize. They're comfort foods, like peanut butter and jelly, baked goods, anything with cheese on it, or chicken tenders. Things that are easy to make, easy to eat, or even easy to buy on-the-go or have delivered. When you're simply trying to survive, it can be incredibly hard to muster up the energy to put together a meal for yourself. These are the foods that people often need to feel sturdy again after a period of eating nothing at all; it can be hard to self-advocate and reconcile with not only your own past beliefs but also with the general cultural attitude toward a type of food. It can feel almost impossible to say, “This is what I need right now,” but it’s actually necessary for eating disorder recovery.

And this is why language is so important. It’s important, early on, to be cognizant of the way we talk about food (and our bodies) around children, so they don’t grow up thinking that their choices about food are directly tied to their self-worth. It’s important not to tie food to morality, or to cleanliness, or general goodness as a person because we’re all going to make different choices and that doesn’t make any of us better or worse. Health looks different for everyone, especially folks in recovery, and that’s something that needs to be honored—not just after the fact, but before problems even begin. We need to learn how to talk about food in a healthier way, so that people grow up with better relationships toward not only what we put in our bodies but our bodies themselves, and ending the implication that certain foods are clean while others are dirty, or that we’re “bad” for eating some things but “good” for eating others, is a damn good start.