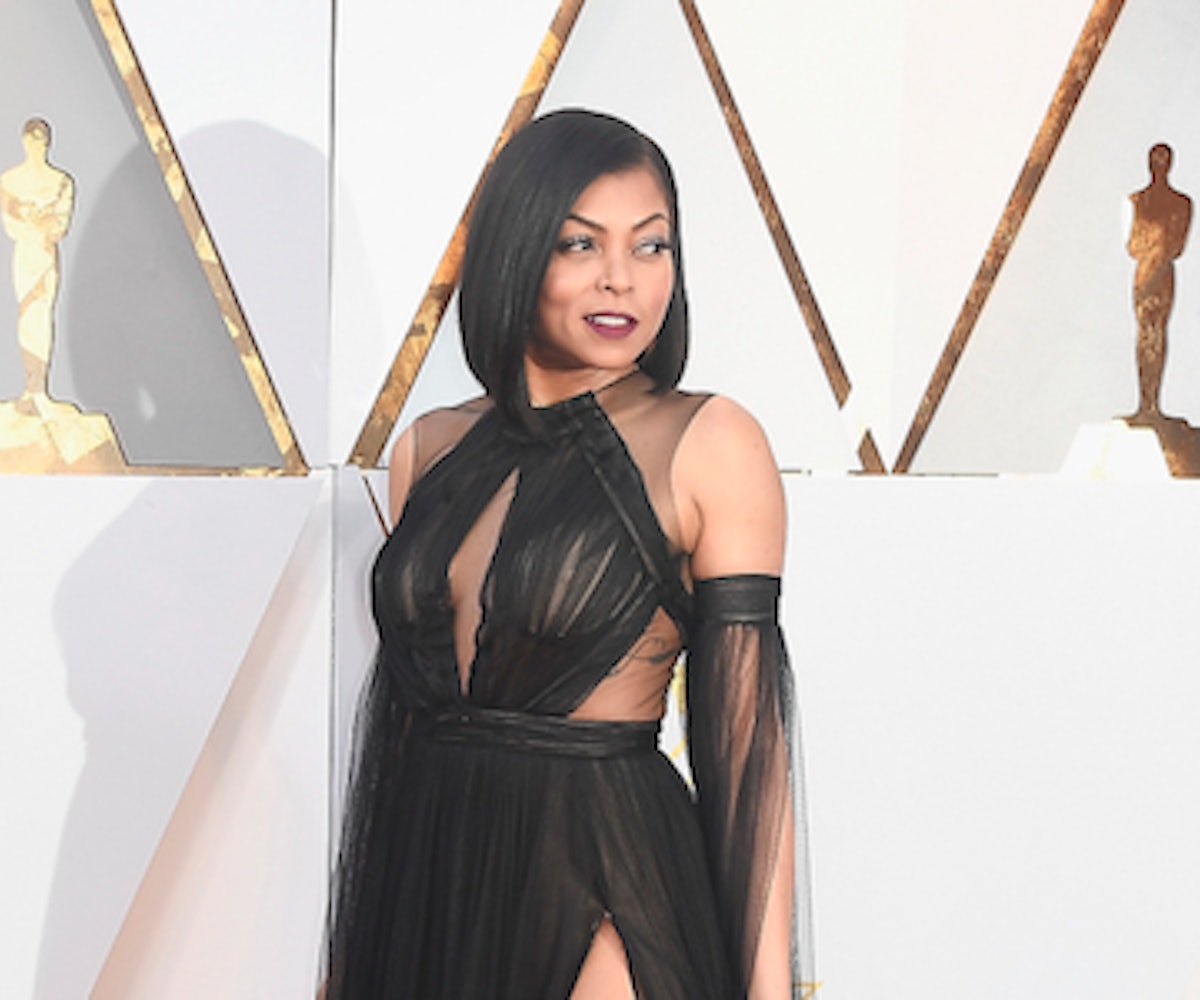 Despite being accused of sexual harassment by his former stylist Suzie Hardy, Ryan Seacrest still hosted E!'s red carpet coverage of the 2018 Academy Awards. And though many, including #MeToo founder Tarana Burke, have spoken out against the network's decision to keep him, it was Taraji P. Henson who took several stabs at the accused entertainer while on the red carpet. Or so the internet thinks. Let's have a look:

While discussing Mary J. Blige’s Oscar nominations for her performance in Mudbound with Seacrest, Henson offered a response to the correspondent that didn't go unnoticed by many.

“The universe has a way of taking care of the good people," she said while squinting her eyes and touching his chin in a suggestive way. "You know what I mean?”

She didn't stop there. When Henson chatted with ABC correspondent Wendi McLendon-Covey, she said, “I’m having a great time now that I’m in your company.”