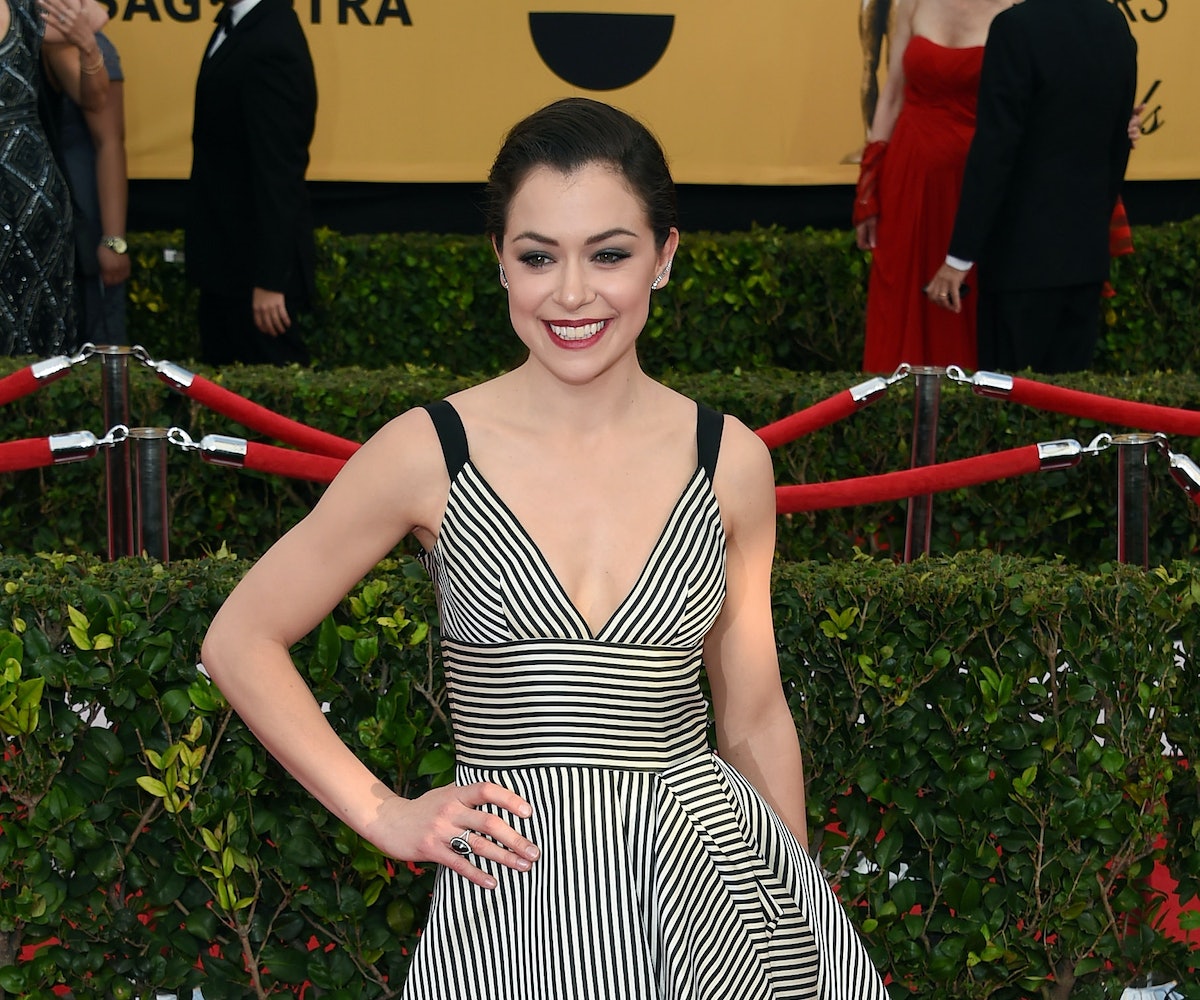 If there’s one thing you should know about Orphan Black‘s Tatiana Maslany, it’s not to mess with her. In addition to being a complete and utter badass as multiple clones in the sci-fi TV show, Maslany is winning off screen too, by putting down the sexist beauty standards towards women in Hollywood.

Unequal treatment towards female actresses in Hollywood is far from being a new issue, but in an interview with People, Maslany gets real about just how unfair the industry can be by revealing her personal experiences dealing with sexism.

"Like being told, 'Let's not talk about that, sweetheart,' if I have an issue with being hit on by a 50-year-old when I was 17 and on set," she recalls. "It's never ending. Being put into this little outfit that showed my midriff in a scene where I'm supposed to be grieving the death of a family member, and it's like, 'Make sure that her belly button is showing' – it's just pathetic. It's so pathetic," Maslany told People.

Maslany also shared whether or not she had ever been asked to alter her physical appearance, recalling a time where she was asked to shave her armpits in addition to other body parts.

“And wax my mustache, which I refused to do! I'll do it if the part calls for it and it makes sense,” explained Maslany.

While this behind-the-scenes glimpse on what it can really be like for a woman in Hollywood is pretty disheartening, Maslany is positive that these standards will change.

"I can't imagine that it's going to stay stuck like this. I hope not! People are too upset, people are too pissed off and too many strong voices are now being heard," she says. "There is a big shift happening, and I think we are at the messy puberty stages of it right now, but I hope that at some point it becomes the default that every racial group has their own stories that are being told that aren't stereotypical," Maslany said.

In the meantime, here’s hoping that more actresses speak out like Maslany to kick-start a change.