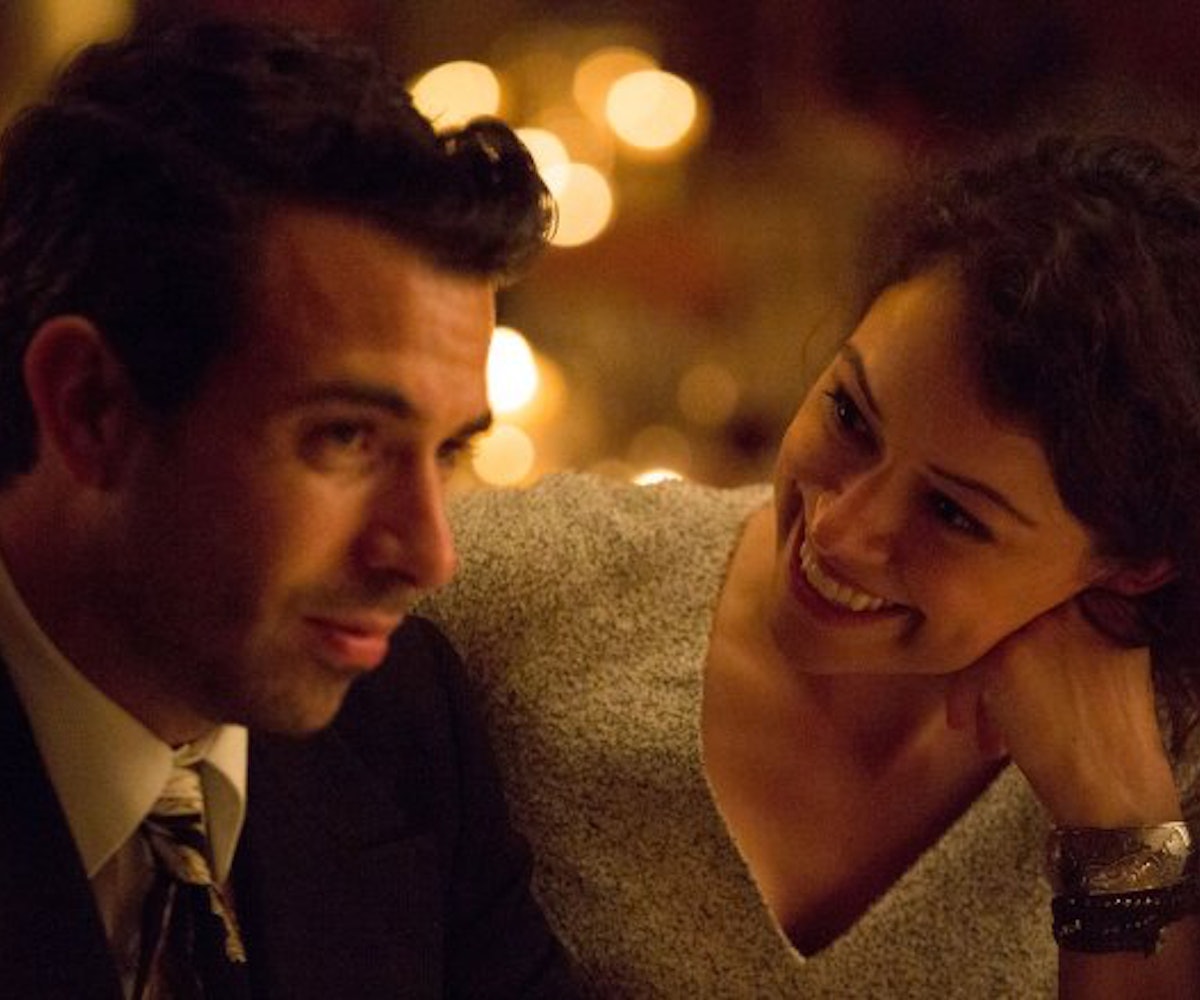 In The Other Half, real-life couple Tatiana Maslany and Tom Cullen star as two troubled people who meet randomly one afternoon in Toronto and are almost instantly plunged into a codependent relationship that threatens to devour them both. Nickie, a British expat who is still grappling with the disappearance of his brother five years earlier, sees Emily as his salvation, a patch to seal the hole in his heart. What he doesn’t see, at least initially, is that Emily suffers from a severe form of bipolar disorder, something she hides from him at first. As her illness rears its ugly head, it threatens to derail their attempt at living a normal life together.

Making his feature film debut, director Joey Klein has made a movie that feels like an active volcano where conflict—from the mundane to the emotionally intense—could erupt at any second (and often does). Visually, it toggles between realistic and expressionistic, the same way Nickie and Emily swing from one emotional extreme to another with little warning. Both Cullen and Maslany, who have been attached to the project for nearly five years as Klein shaped the script, deliver shattering performances—she as a turbulent force of nature, and he struggling to contain her. We spoke to Maslany and Cullen about working together as a couple, happy endings, and what drew their characters together.

Bobby Shore, the movie’s cinematographer, told me this was the best experience he’s ever had working on a film. From your perspective, what made this shoot so special?

Tom Cullen: It was an intensely collaborative experience. It was completely egalitarian, and everyone was invested in the project, and that's a really special thing. You rarely get that, where it’s no ego and just all about the work. There was a lot of kindness in general, and sometimes in this industry that isn't always prevalent.

Tatiana Maslany: There was no divide between the crew and the work that we were doing in the scenes. Joey and Bobby made that space collaborative, where grips would come up after a take and talk to us about it. Everyone had a stake in it.

Why were these two characters so immediately drawn to each other?

TC: They're two people who are in pain. I kind of talk about it as having a hole in your stomach that you're trying to fill, and they're both trying to fill it. They recognize that in each other. The director called it smelling their own stink. They like the smell. And I think what they like about each other is that they don't mind their problems. In the film, they're surrounded by people who are trying to save them and trying to make them better, and actually, that isn't helpful. I think all they want is just to be accepted, and I they accept each other, and that frees them. It allows them to be who they are.

Tom, your character isn’t diagnosed with mental illness, but he’s clearly going through something profound. How would you characterize that?

TC: I think it's like somebody's pressed a pause button on his life. He's stuck in these five years of grief and unable to process it. As men, the patriarchy tells us that we are unable to share and talk. We have to be strong, so he's running away entirely. He's like a locked up animal. And yeah, so I think that's what he's going through.

Tatiana, what kind of research did you do to make sure you were getting your character’s illness right?

TM: Joey gave me a stack of books, and I was with the script for about five years and able to actually digest all the books, all the research, all the articles, and talk to people who worked with people who are bipolar about the personal experience, and not just the clinical one, and about what it is to try to go into a loving relationship when you have this thing in you that is undeniable and that is hard for a partner to take on and is hard for you to reveal to your partner. We really wanted to be true to it clinically and emotionally.

What was it like making this movie as a real-life couple?

TC: It was about four years of Joey writing it for us, which is crazy. Before we started shooting, there was a lot of fear and excitement. The one thing I was really looking forward to was working with—if you put aside the fact that we're in a relationship—an actor who's right on top of their game. I just like to work with people who are better than me.

Did you take the project home with you and let it permeate your lives off set?

TC: We didn't. But we're both people who really care about our jobs, and it was a pleasure to share that with your partner. We spend months apart from each other filming in various locations, so it was nice to share something that is so important to us. The fact that we're in this room talking to you about this film that we made together is like absolutely ridiculous.

Do you see this couple as making it beyond the final shot of the movie?

TC: I think there's a huge amount of hope in the film, and if you look at it from the outside, you go, "Holy shit, this is another movie about two really fucked-up people," but actually it's not. It's about two people who are working hard to make their lives better, and I feel that we're all doing that. I don't know a single person who isn't fucked-up, who hasn't got something really eating them up inside, and we're all looking for someone who understands us.

The last shot of the film is one of hope, then?

TC: Relationships are difficult. I don't want to go to the cinema and watch two people have an easy ending because that just isn't what happens.

TM: It's never that. You wake up the next day, and there's a whole bunch of complications. There's never a resolution. It continues on.