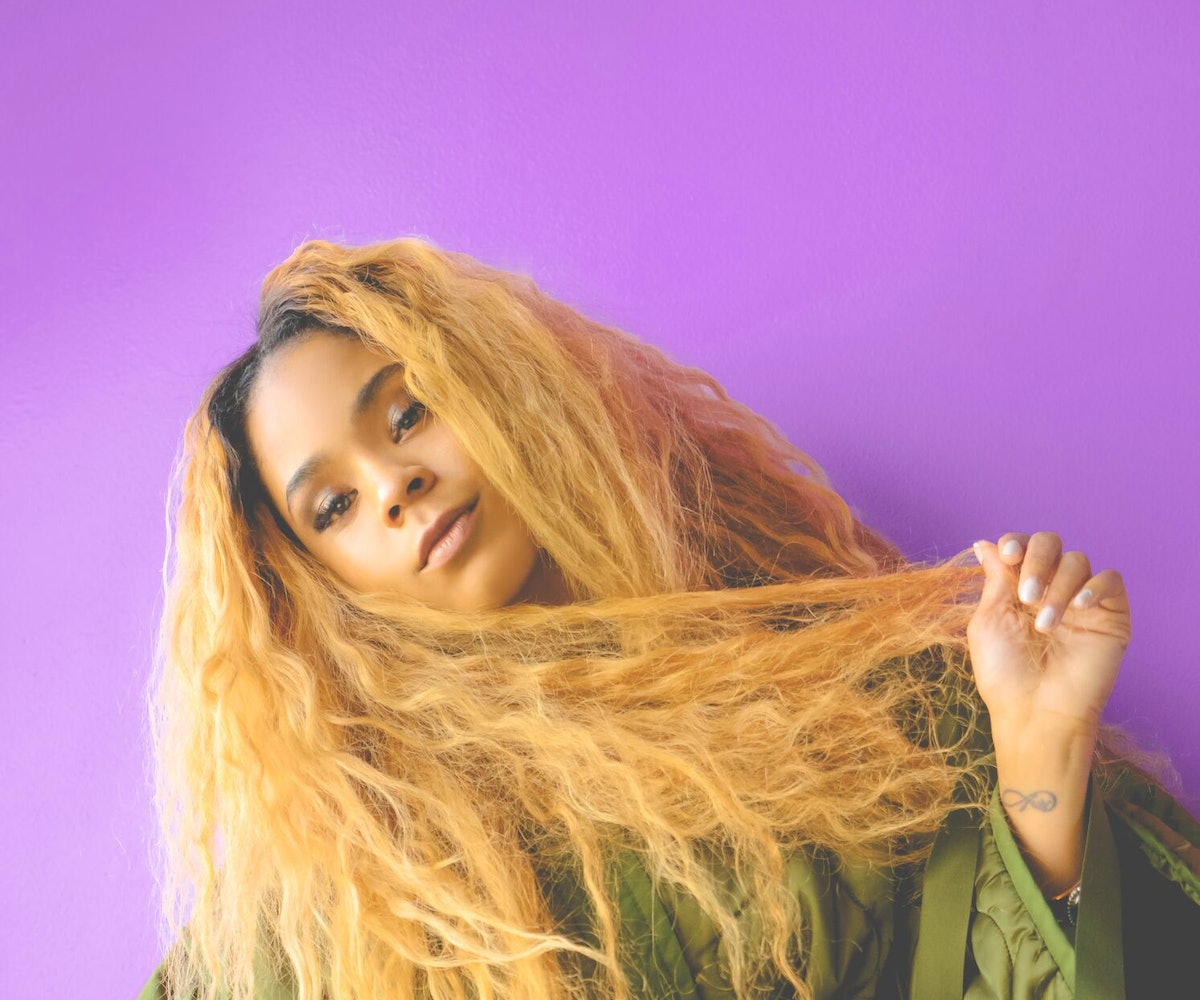 Tayla Parx may have only just dropped her first solo project, TAYLAMADE, this past Friday, but the 23-year-old is no newcomer to the entertainment industry. An actress, songwriter, and artist, Parx has written and produced songs for Ariana Grande, Fifth Harmony, Nicki Minaj, Alicia Keys, and several others, earning three Grammy nominations and two platinum records. She is also known for her role as Little Inez in the 2007 film Hairspray and has appeared on TV shows such as Gilmore Girls, Victorious, and True Jackson, VP.

While Parx is used to writing empowering songs for other women, she finally wrote one for herself on TAYLAMADE. She even stopped by NYLON's studio earlier this week to perform her fiery new single, “Mama Ain’t Raise No Bitch,” which she called one of her favorite songs from the project, written after she almost got her heart broken.

The music video for the track, premiering right here today, is the first video for the project and serves as an extension of the song. “It's all about showing strength in vulnerability and using it to grow,” Parx tells us. “We all go through it, and I wanted to remind women that we're always stronger than we think.”

The visuals are as powerful as the message of the song. “I worked with some amazingly talented creatives to ensure that even if you watch my videos on mute, you'll enjoy,” she explains.