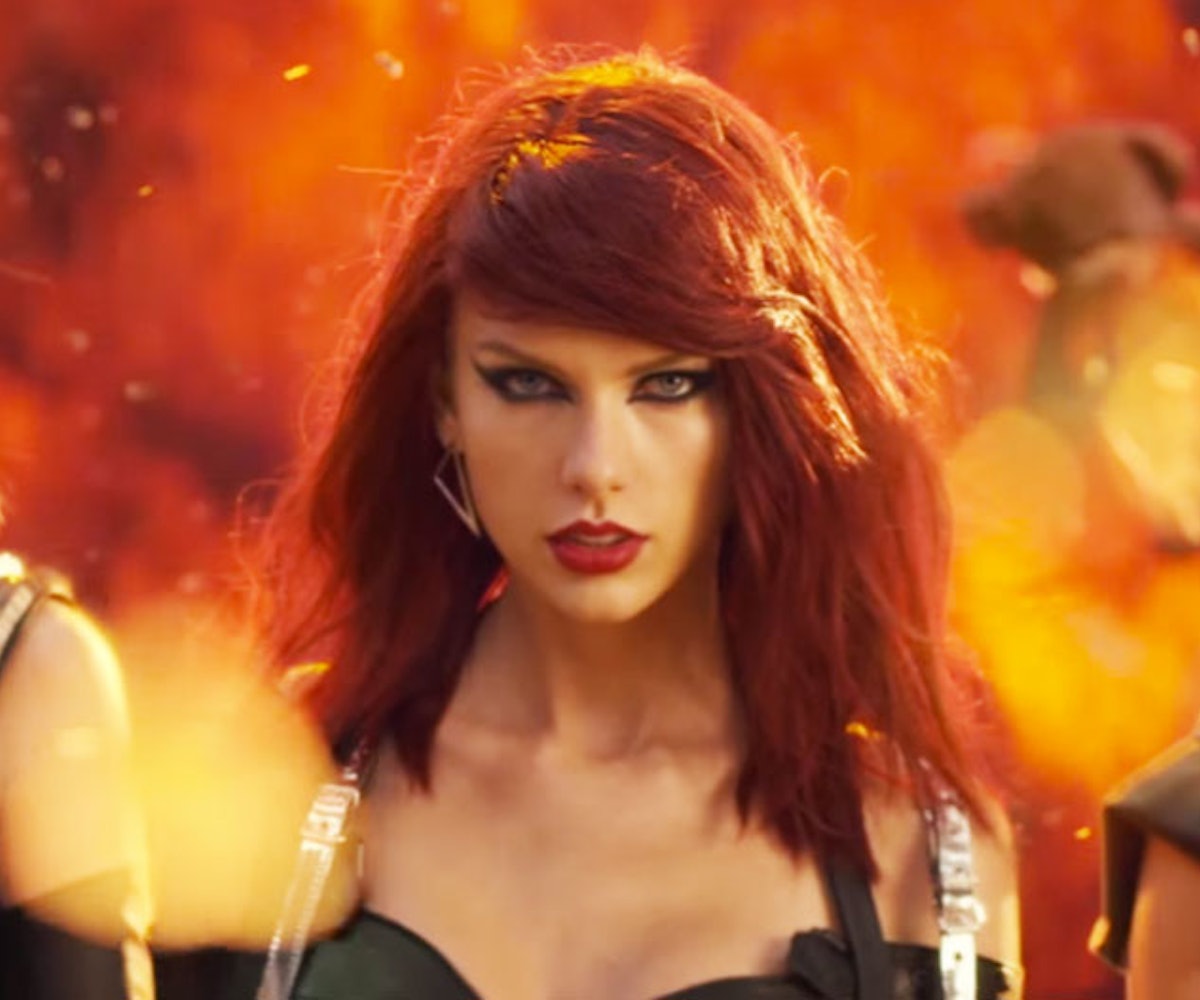 Yet again, Taylor Swift has given us something to freak over. Our jaws dropped when the "Bad Blood" video hit the web, eyes wider with every amazing cameo: Selena Gomez, Cindy Crawford, Jessica Alba, Lena Dunham, Ellie Goulding, Mariska Hargitay and Cara Delevingne (just to name a few, of course). To make matters better, last night in Philadelphia, two members of the epic video cast surprised fans onstage for Swift’s 1989 world tour.

Delevingne, the model-turned-movie-star and Hargitay, the Law and Order goddess and inspo for Swift's cat's name, danced alongside Swift during the "Style" performance. The news spread rapid-fire across Instagram, with Swift  with the two ladies. In her classic sparkling onesie, flanked by Hargitay and Delevingne, Swift commented, “Couldn’t contain my happiness because @caradelevingne and @therealmariskahargitay surprised the crowd tonight.”

Let’s hope the surprise guests continue. Swift has another show tonight in Philly. Fingers crossed we get a Cindy Crawford appearance. Get your thumbs ready for some double-tappin'…

"I am so proud to call you my friend @taylorswift what an amazing show! You blew my brains as per usual! Keep inspiring the generations to come x #tillweare100"

"Justice and Mother Chucker at #1989TourPhilly"

Oh, and Echosmith joined her later. Some squad!