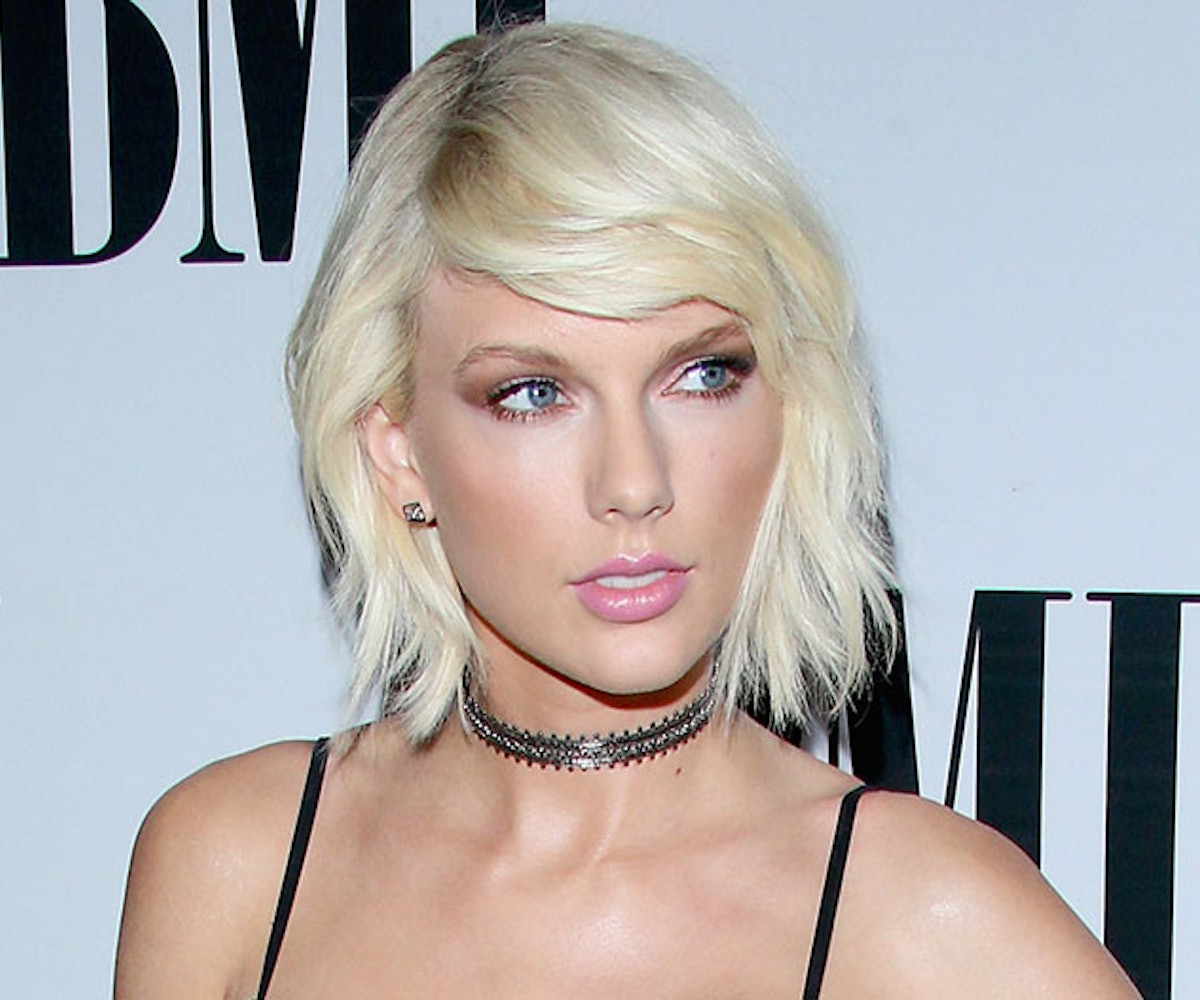 Queen of awards shows Taylor Swift earned yet another accolade this week. The "Shake It Off" singer received the BMI Pop Songwriter of the Year award. She also received an award named after her; so now she'll never, like her hit song says, "go out of style." Speaking of style, Swift looked like a '90s dream with a dash of Debbie Harry swag.

The velvet Monique Lhuillier patterned, floor-length gown tipped its hat to the returning spaghetti strap trend. Swift paired the number with metallic grey Stuart Weitzman heels and a '90s-era silver choker—you know, the luxe version of those tattoo chokers you're seeing everywhere again. Let Taylor Swift be your accessory guide. Dust those tiny plastic neck wreaths off and slip them on. Maybe even take another cue from Swift and rock a soft pink (and punk!) lip with a neutral smokey eye. All you'll need is attitude, which, unfortunately, cannot be bought. But it can be learned. Turn to Blondie, the band that made the '90s possible, for that.