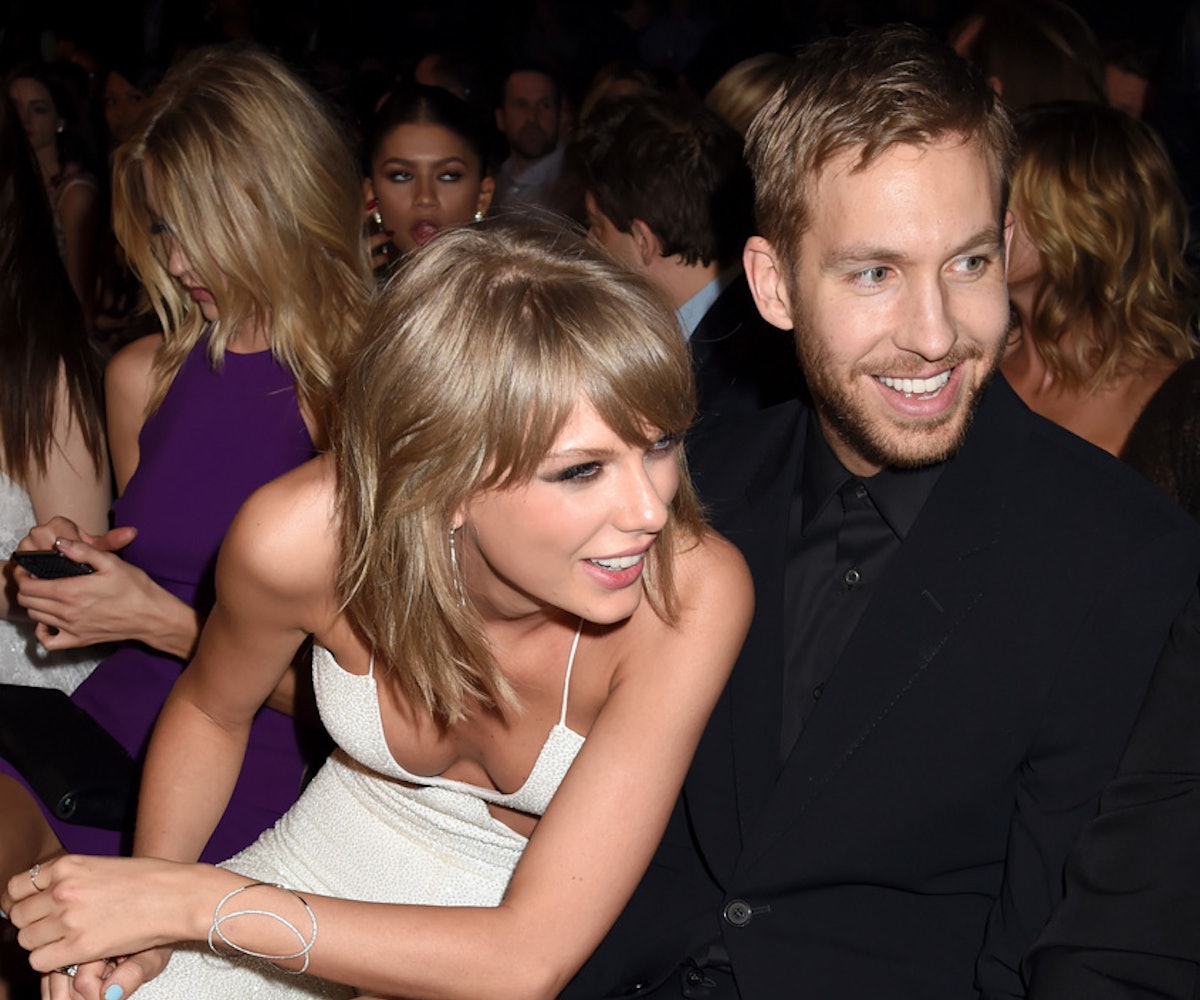 It looks like Facebook is no longer the best way to confirm your relationship anymore. Taylor Swift has rewritten that rule, uploading a photo on Instagram of her and Calvin Harris having some fun in the pool, with a simple caption: #swangoals. In the impossibly adorable photo, the 25-year-old singer is tucked snugly behind her DJ boyfriend on a giant inflatable Swan floatie, and we are all instantly smitten with this power couple. Take a look at it, and if you are not convinced by now, we give up on you.

While we caught bits and pieces of their relationship, from matching outfits and a tame cheek kiss at the Billboard Awards to a

, this is the first photo of the couple that Taylor Swift has shared on social media. And because we're a generation that doesn't believe anything unless it's made public on some social media platform, this is a pretty exciting moment for Caylor (Talvin?) fans.

Hopefully, we'll get some more from Swift and Harris soon, but for now, we've got some serious #swangoals.

Taylor Swift and Calvin Harris Are The Cutest, Ever