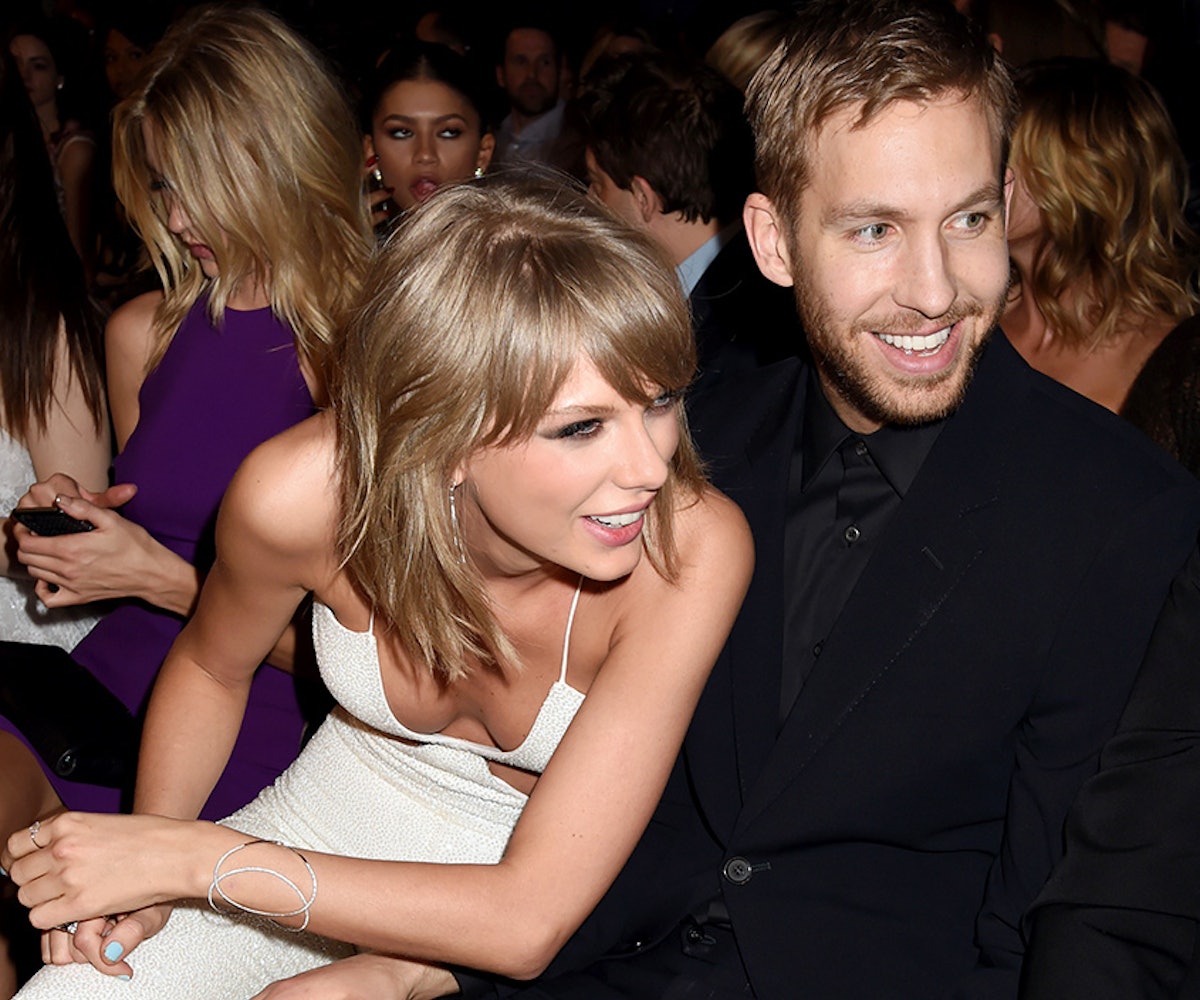 If someone told us that a hug could blow the internet's mind, we would have probably pictured two feuding political figureheads embracing each other, peace treaty in hand. But, alas, in 2015, all it takes is Taylor Swift and a quick public display of affection from her boyfriend, Calvin Harris, to flood just about every single media outlet.

After winning one of her eight awards of the evening, Swift stopped to hug the Scottish DJ before hitting the stage. He kissed her on the cheek, figurative sparks burst everywhere, and a thousand teenagers (most likely) were inspired to write sweet, beautiful love songs. While the hug may not actually be big news (it's the most PG-rated form of PDA ever), it's sweet to see two modern artists supporting each other through their separate accomplishments, even if it wasn't in matching outfits this time.