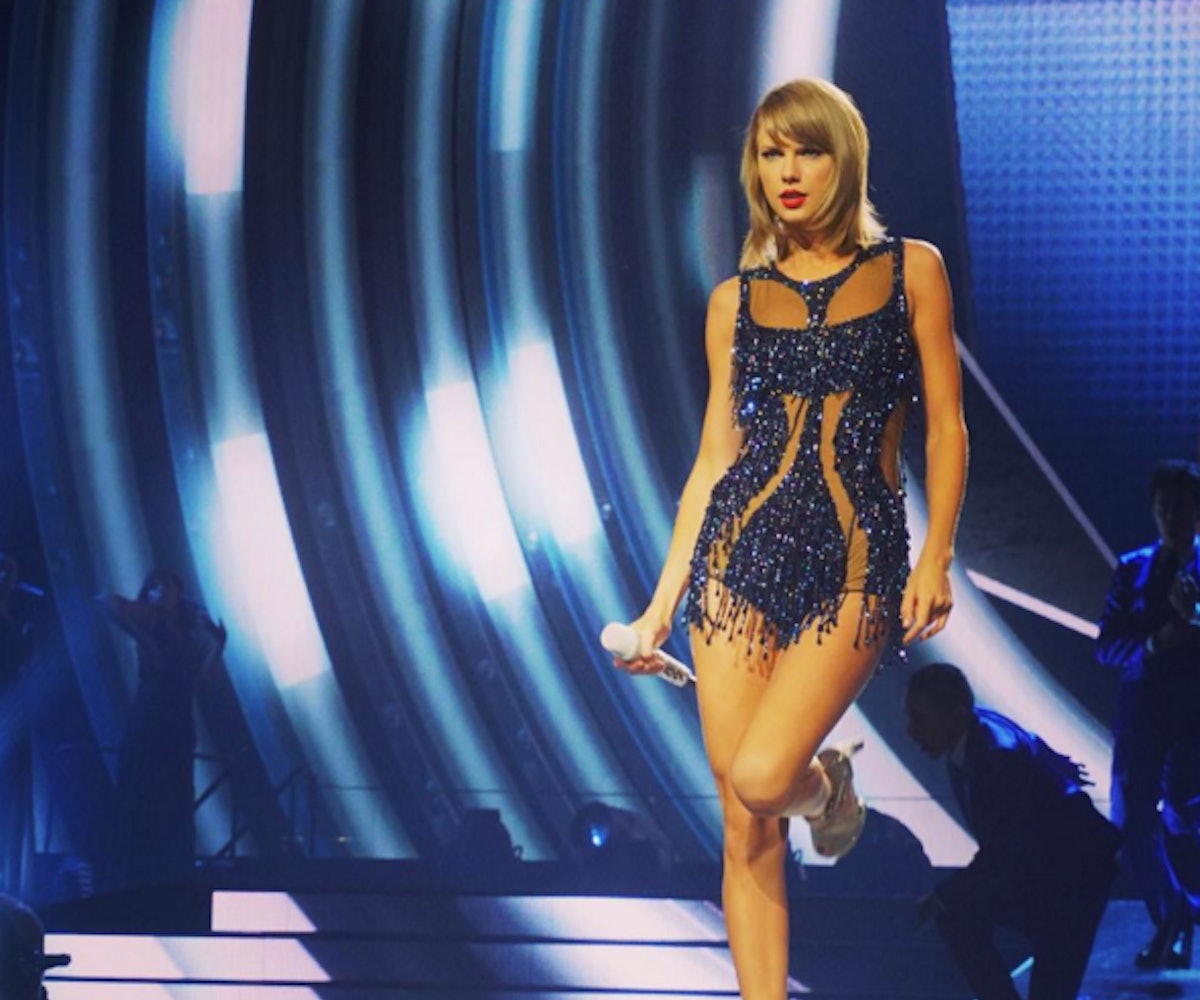 Just when you think that you have gotten over the infectious earbug that is Frozen's "Let It Go," Taylor Swift has reminded us if this song's everlasting status. And of course she gave this reminder onstage at the 1989 tour with a special guest.

Swift took to the stage dressed not in one of her usual sequin bodysuits, but in an Olaf costume—the comical snowman in the movie. She was joined by the voice of Elsa, Broadway star Idina Menzel, and the two belted out the already classic Disney song. Watch it below.