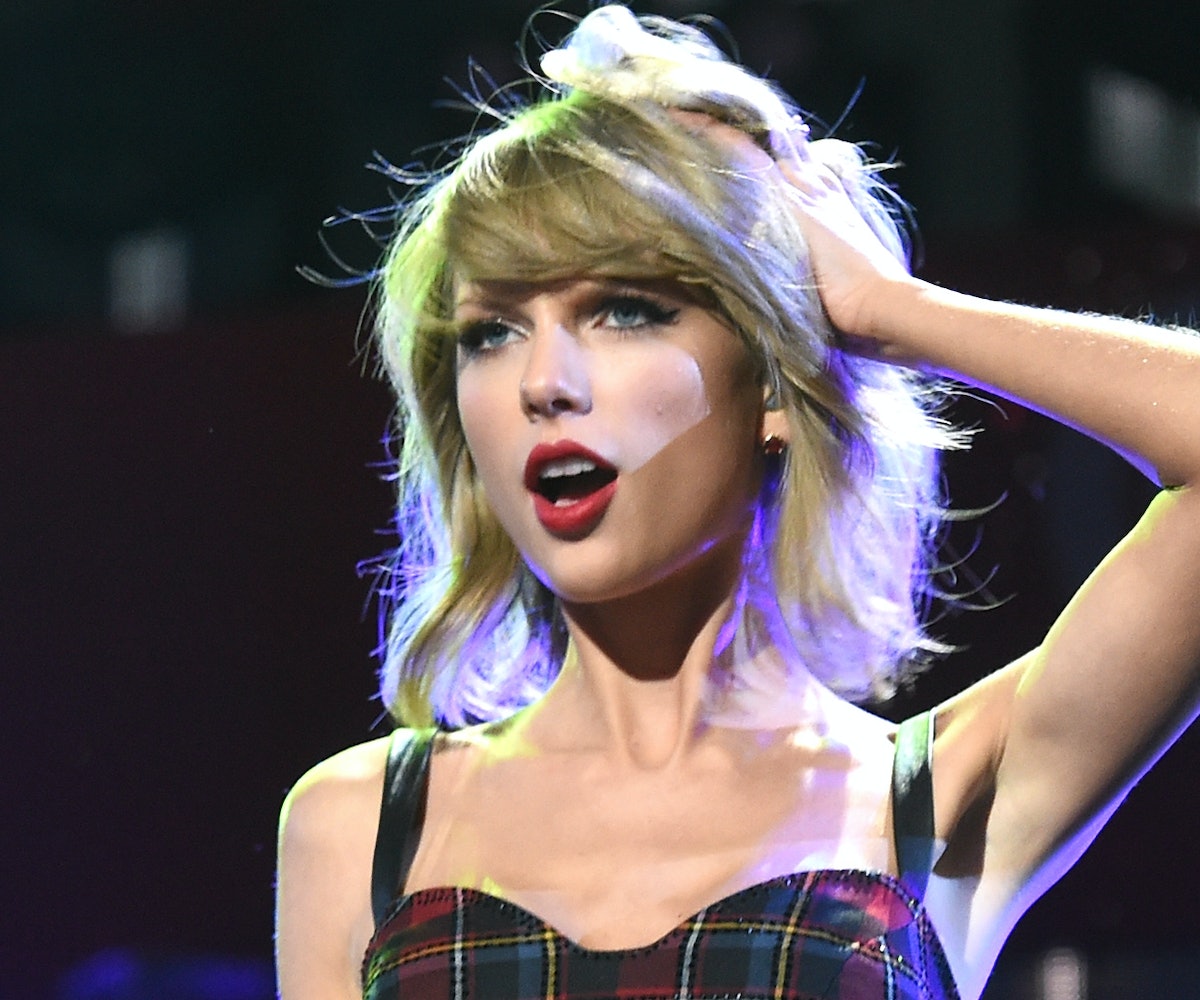 Not only that, but the hashtag #KimApologizetoTaylor began trending on Twitter, with many calling for Kardashian to apologize to Swift for "shaming" her online.

This latest development comes two years after Kim Kardashian leaked an alleged phone call between Swift and Kanye West, which appeared to contradict Swift's condemnation of West's line about her in "Famous." In addition to posting the call to her Snapchat, Kardashian also posted a shady tweet about it being "National Snake Day"—a move that solidified Swift as a "snake" in pop culture. However, with her latest album Reputation, it seems safe to say that Swift has embraced the snake as her new signature. Is it time to move on yet?