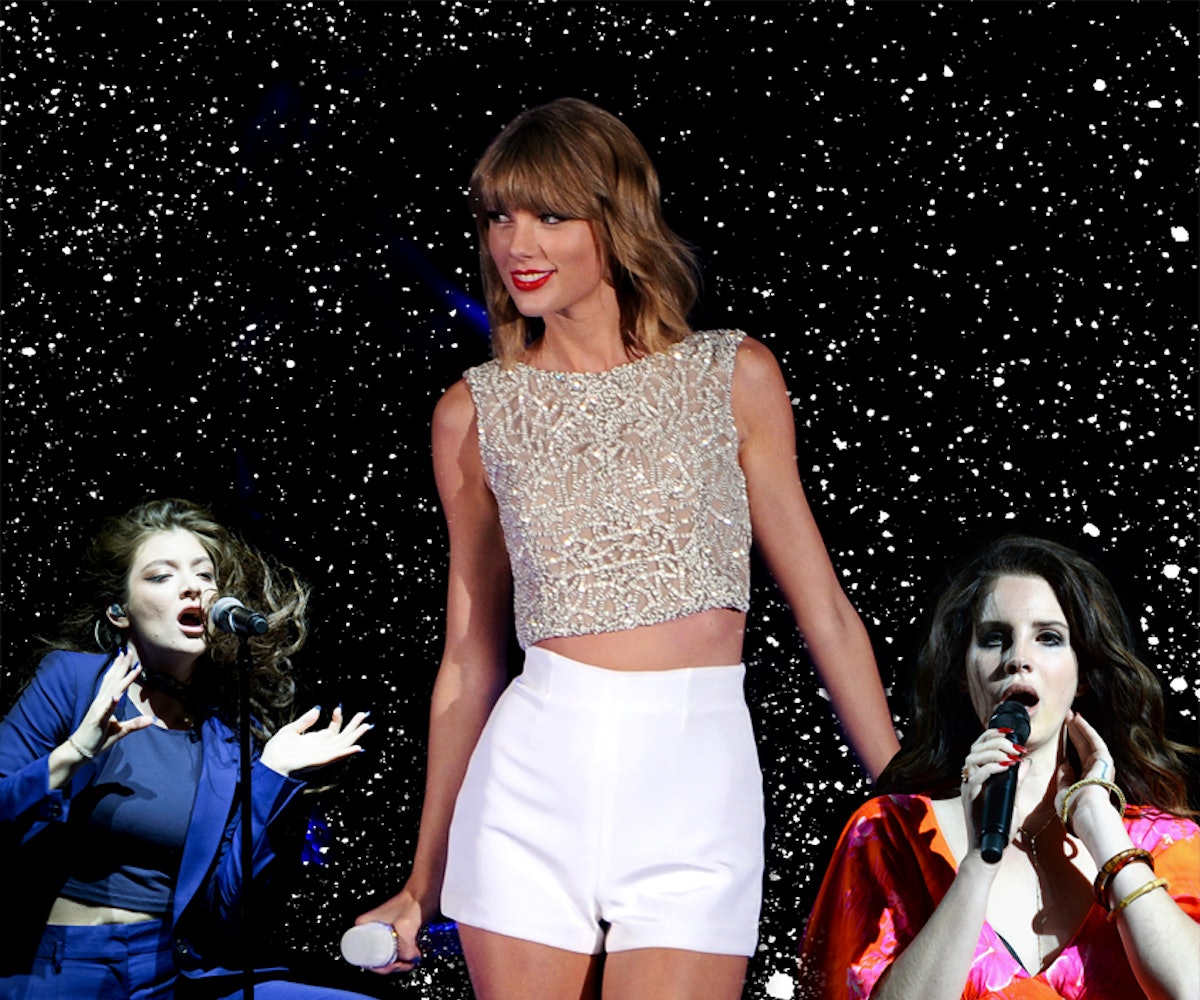 Given our review of Taylor Swift's 1989 album, out today, it's pretty clear that we're really digging TSwift's new stylings. She's ditched her country roots, instead taking a more pop-driven, nostalgia-tinged approach and it's all pretty fantastic—hell, we even said that it "is perhaps the best pop offering of 2014." But now, Vulture has called into question the originality of her recordings.

In the story, titled "Did Taylor Swift Rip Off Lorde And Lana Del Rey?" pop critic Lindsay Zoladz points out the detectable influences of Lorde and Lana Del Rey—who are not only Swift's musical peers, but also her friends—in the new album. Specifically referencing "I Know Places," "Clean," and "Blank Space," Zoladz mentions that Swift adopts a more "moody, electro-minimalist vibe" simliar to that of Lorde and picks up a breathy Lana-esque technique (with the lyrics to match).

As a non-Swift fan myself (mentally preparing myself for the social media backlash), I have to say that, alas, I personally don't hear the similarities between the three artists. But if I did, the question remains: How exactly does an artist develop their own new sound without looking to their fellow artists—especially ones who are at the forefront of the industry and create such strong, generation-capturing songs? For the past few decades (centuries, if you want to get technical), artists have constantly played off the work of their peers, citing influences like The Rolling Stones, The Beatles, Otis Redding, Simon and Garfunkel...to name a handful. Furthermore, moodiness and electronics do not necessarily belong solely to the realm of Lorde, and whisper-y vocals were not invented by Lana. Most importantly, Taylor (and Lorde, and Lana) all deal with themes of isolation, belonging, and romance—i.e. the things that young women think about—and clearly their lyrical content is going to overlap. Perhaps what Zoladz is picking up on isn't a rip-off as much as it is a trend; young female songwriters who are turning to dreamy atmospherics and earnesty instead of, say, a strict pop narrative.

So whether or not Swift did consciously—or subconsciously—borrow the stylings of Lorde and Del Rey to adopt a more dark, less "Teardrops On My Guitar" sound, the question still remains: Does Taylor deserve all of the credit and praise she's been getting from this album? The truth is, she made a move in her career that pushed herself out of her box and presented an evolution of her sound, and no doubt her friends and contemporaries—yes, including Lorde—would say she's getting the shine she deserves.