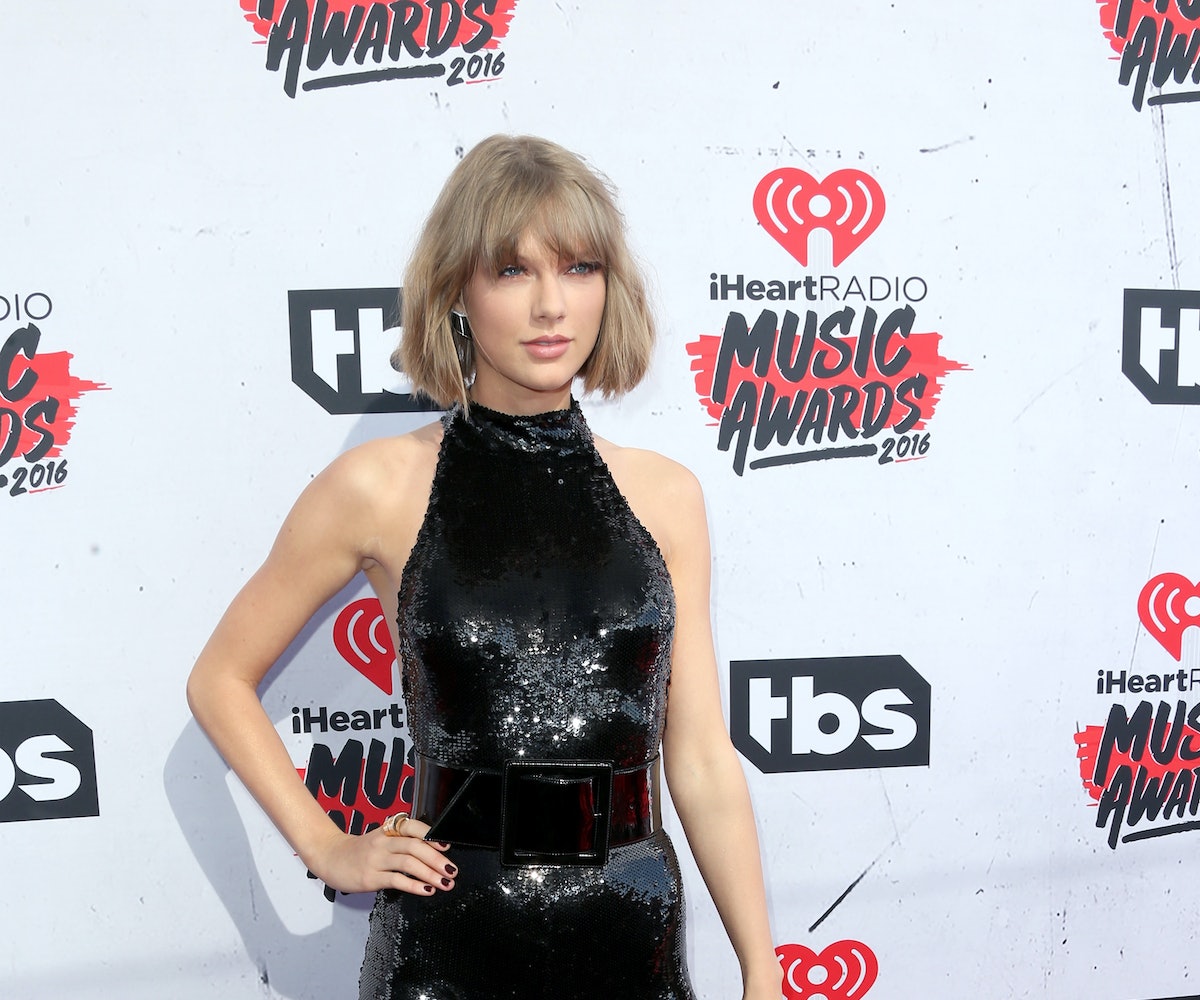 If you were having an afternoon visit to Anna Wintour’s house, what would you wear? For Taylor Swift, it was all about the '90s.

The 1989 star decided to channel 1993 for her visit to Vogue editor-in-chief's residence in a seriously grungy—yet sophisticated—look. The singer looked like a polished Courtney Love, opting to wear a cropped leather moto jacket over a flowing plaid frock, paired with—wait for it—combat boots. If any of us had the opportunity to hang out with Anna at home, we wouldn’t dare to even think about wearing a combat boot. I guess Swift is just further proving that grunge is totally in again, and can totally be high fashion—as we assume her ensemble wasn't a thrift store purchase. The look was topped off with her freshly bleached, platinum locks, of course.

While it may seem a bit shocking that Swift chose to wear plaid, Vogue’s most recent cover star was actually dressed quite appropriately for the occasion. Her look closely resembles a Vogue editorial, shot by Steven Meisel and styled by Grace Coddington, from December of 1992—during grunge’s heyday. The editorial itself features models such as Naomi Campbell and Kristen McMenamy rocking Marc Jacobs’ grunge collection for Perry Ellis, which ultimately lost him his job (but later proved that grunge was in).

We do wonder what the perpetually Chanel-clad Wintour's thoughts were, though.