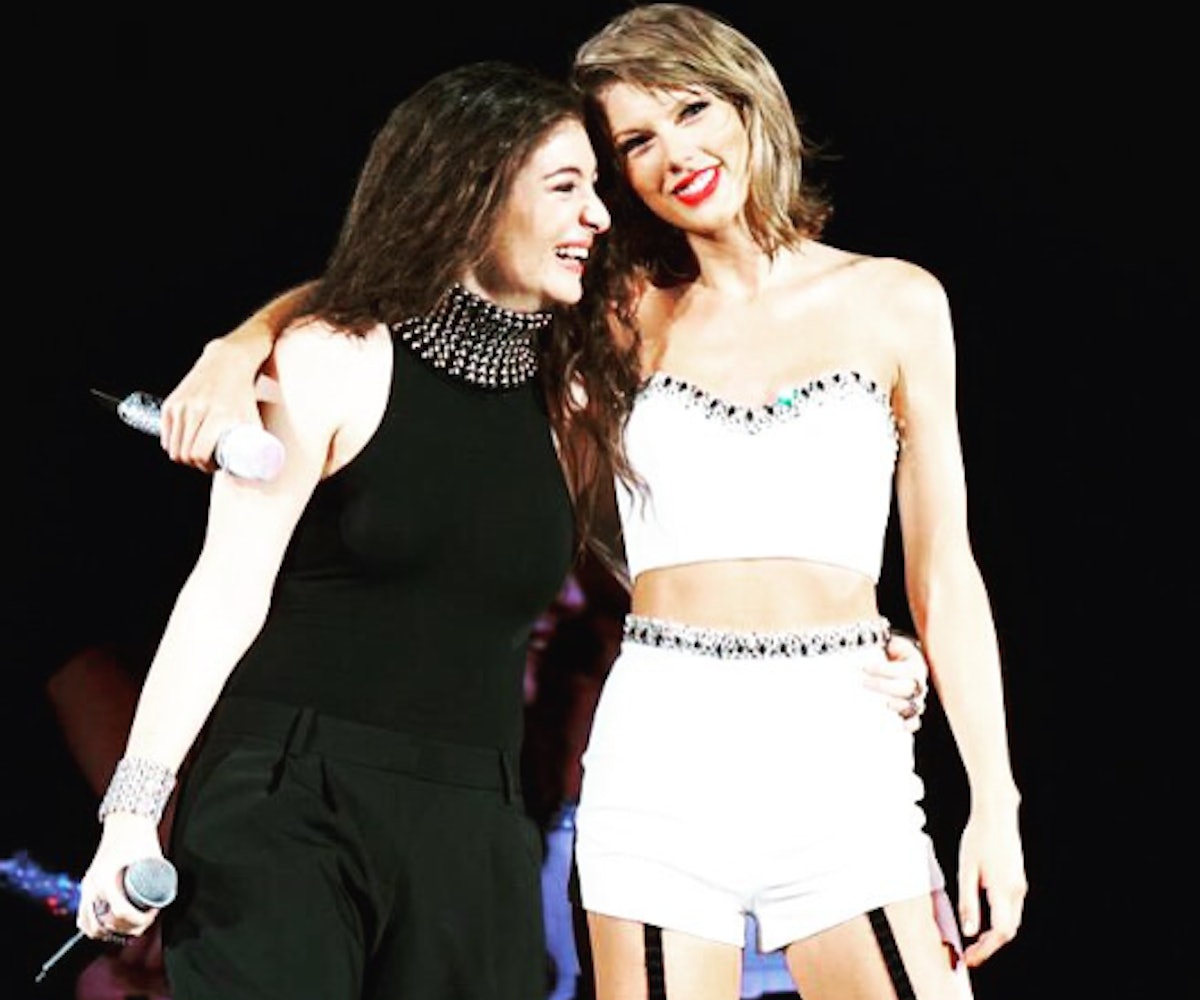 The 1989 World Tour has been all about the #SquadGoals for Taylor Swift. From performing a duet with The Weeknd to having the women of her “Bad Blood” music video—including Lena Dunham, Gigi Hadid, and Hailee Steinfeld—strut down the stage's catwalk with her, Swift’s guest appearances could not get any better, right? Wrong.

Last night, at the Washington D.C. stop on her 1989 World Tour, the singer shocked the crowd with a performance with one of her BFFs, Lorde, who flew from the other side of the world to be there. Both Swift and the New Zealand artist performed an incredible rendition of “Royals." Watch it here, kick yourself for not trekking out to the show, and then think to yourself: Who will Taylor Swift tap next?