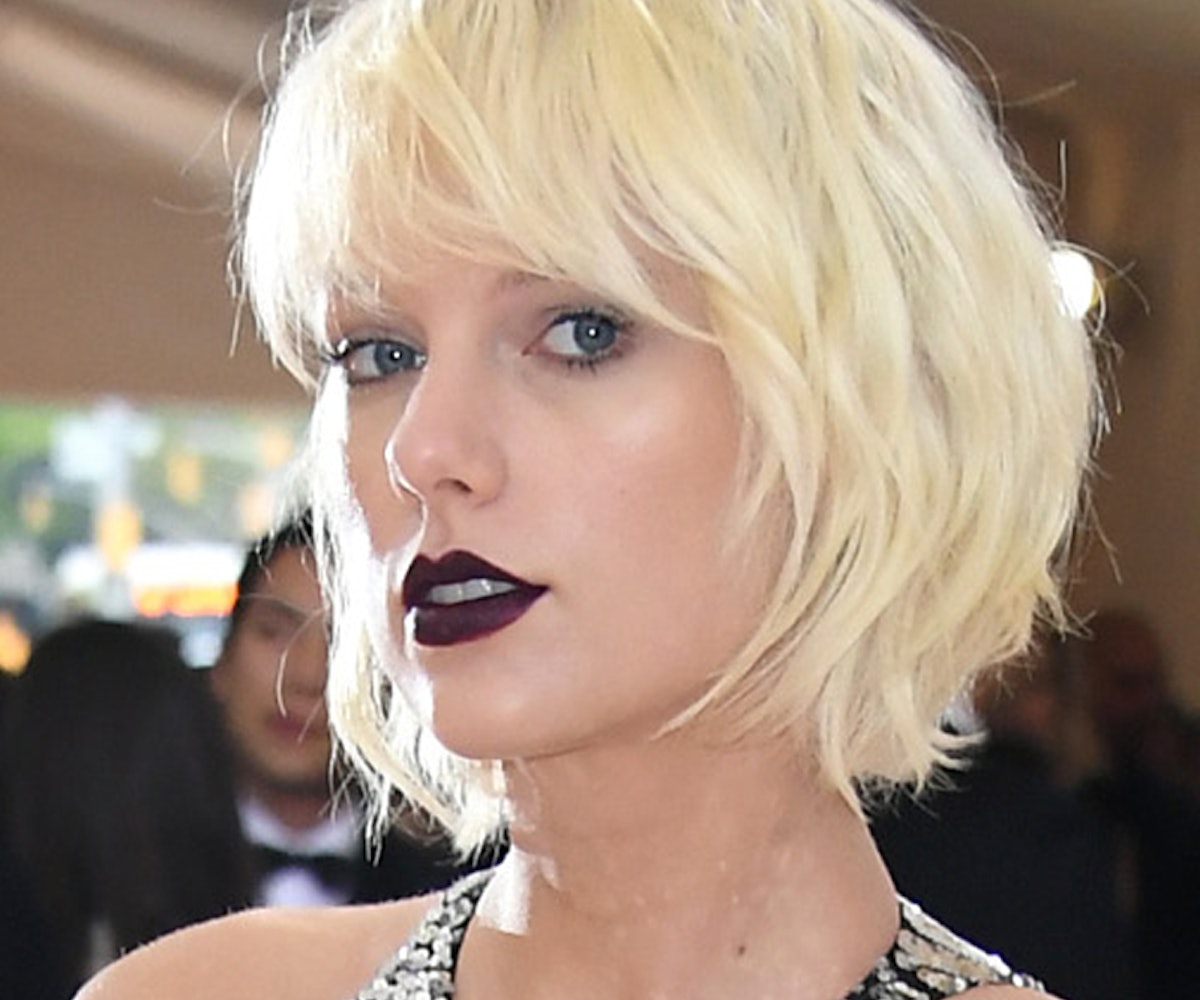 After making quite the grungy appearance leaving Anna Wintour’s house yesterday, Taylor Swift has just arrived at the Met Gala red carpet looking anything but. The event’s co-chair walked in alongside BFF Selena Gomez and lit up the event, literally, in this glamorous sparkling dress.

The tiered, open-back silver snakeskin print mini dress is by Louis Vuitton and features black leather detailing and side cutouts. While the dress makes quite the statement on its own, what we’re really dying over are those sky-high lace-up heels. She kept the rest of her accessories minimal, wearing no jewelry (aside from a few rings) and carrying no bag.

Just like Poppy Delevingne, Swift opted to pair her platinum locks with a super dark, vampy lip and nails. The two were also decked out in silver. Have we spotted this year's red carpet trend?