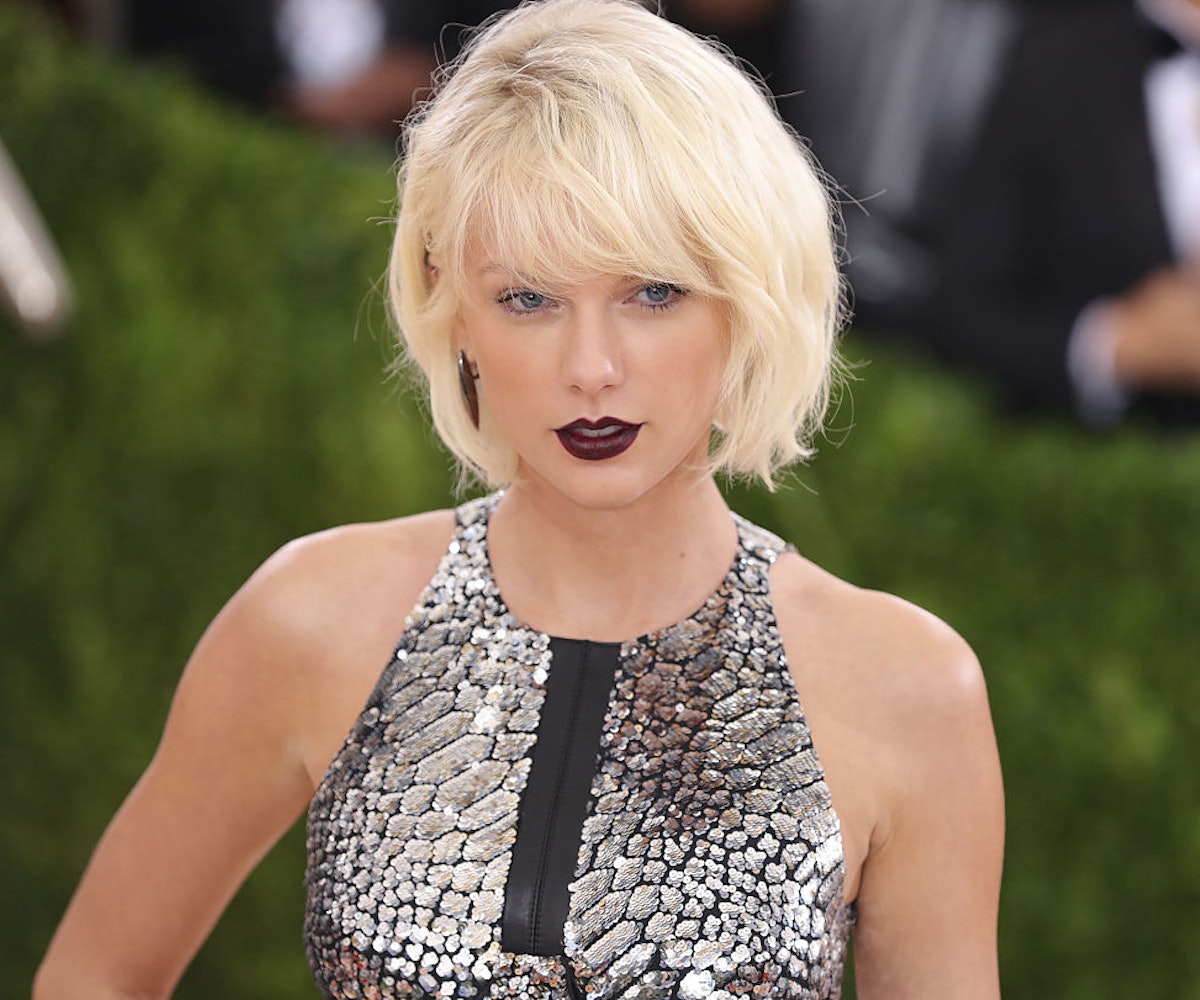 Despite the fact that Taylor Swift was granted a request to keep an image of her being groped out of the public eye, gossip site TMZ has gone ahead and published it anyway.

As Refinery 29 reports, former radio DJ David Mueller originally filed a civil slander lawsuit against Swift, claiming that her allegations that he groped her during a 2012 meet-and-greet cost him his job. The singer then filed a countersuit and used the now-released photo as evidence.

As if it wasn’t enough that TMZ released a private photo against the court’s orders, in their report the site questions Swift’s allegations by writing: "It's hard to see how this pic unduly prejudices anyone."

Of course, it’s never okay to invade a woman’s privacy as she’s fighting a sexual assault suit—which are notoriously difficult to win—but amid the current sexual assault allegations against President-elect Trump, it’s especially hard to imagine a good reason for TMZ to exploit such a sensitive topic for clicks.

For the lawsuit, the pop star addressed the incident during a videotaped deposition, saying:

"Right as the moment came for us to pose for the photo, he took his hand and put it up my dress and grabbed onto my ass cheek and no matter how much I scooted over, it was still there," she said. "It was completely intentional, I've never been so sure of anything in my life.

“I remember being frantic, distressed, feeling violated in a way I had never experienced before. A meet-and-greet is supposed to be a situation where you’re thanking people for coming. You’re supposed to be welcoming people into your home, which is the arena for that day, and for someone to violate that hospitality in that way, I was completely stunned.”

Swift hasn’t yet released a reaction statement to the photo’s publication.