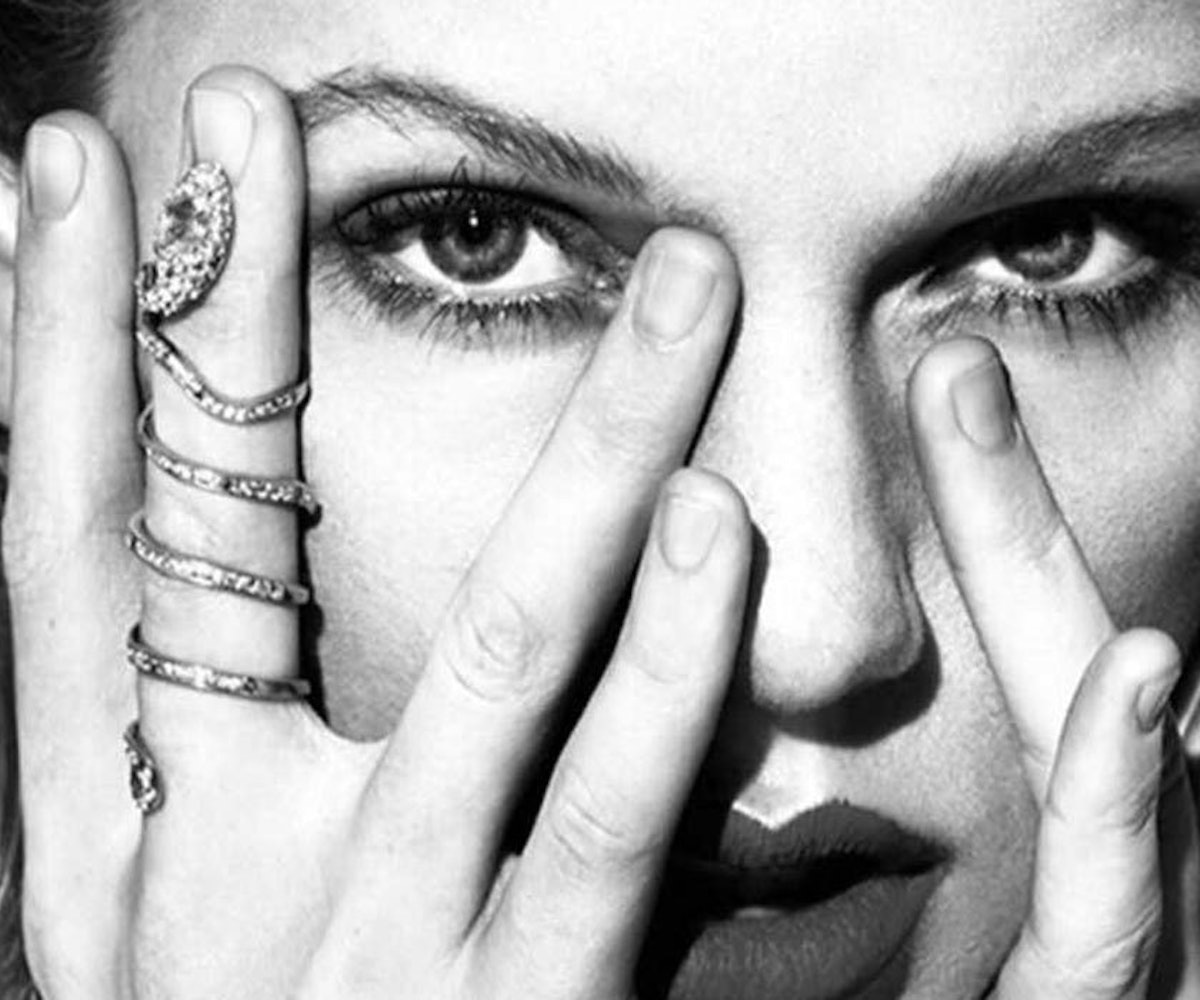 Taylor Swift tells Vogue's 73 Questions to "get a good lawyer" if one wants to be a singer. Though sound advice, this is Swift poking fun at her copyright phrases like, "This sick beat," "Nice to meet you, where you been?" and other 1989 lyrics that put her name in the headlines, fueling the flames of what's been referred to as a calculating reputation. Today, however, Swift's "good lawyer(s)" is/are making headlines because someone over in her camp is none too happy with a recent op-ed that calls for Swift to denounce the white supremacists using her music as propaganda, and threatened legal action should the article not be taken down.

Meghan Herning, a writer for PopFront, wrote an article that went live on September 5 called "Swiftly to the alt-right: Taylor subtly gets the lower case kkk in formation." Herning details how the alt-right is construing what's meant to be a Kimye-Katy Perry diss track into rallying cries for white supremacist action. Herning doesn't just present this information but analyzes how it's being interpreted in such a manner and why it more or less is working. Herning ends it by stressing the platform pop musicians have and how "their music often reflects their values." Are Swift's values aligned with the alt-right? No one can say but Swift herself, which is why Herning calls on her to "state her beliefs out loud for the world—no matter what fan base she might lose, because in America 2017, silence in the face of injustice means support for the oppressor."

Well, Swift hasn't explicitly done that. (No, a comment from a good friend doesn't count.) Her team, however, has threatened Herning with a cease and desist letter and a potential lawsuit over her article's "defamation" claims. This, according to the American Civil Liberties Union (ACLU), violates the First Amendment's right to protected free speech because the letter uses copyright law to forbid Herning from asking for "yet another unequivocal denouncement by Ms. Swift of white supremacy and the alt-right." ACLU attorney Matt Cagle says, "Not in her wildest dreams can Ms. Swift use copyright law to suppress this exposure of a threat to constitutionally protected speech."

The ACLU's public letter to Swift's lawyer breaks down why Herning has every right to write and publish a piece like the one in question, and why silencing Herning is unlawful. It calls out Swift's lawyer's "incorrect legal assertations" and reminds them what copyright law is meant to protect. "The press should not be bullied by high-paid lawyers or frightened into submission by legal jargon," Herning tells the ACLU.

What's that Warhol saying again? Oh, yeah: "Don't pay any attention to what they write about you. Just measure it in inches." Or, you know, make an album's worth of music and then try to silence those with opinions that may not jive with it. So much for shaking it off.