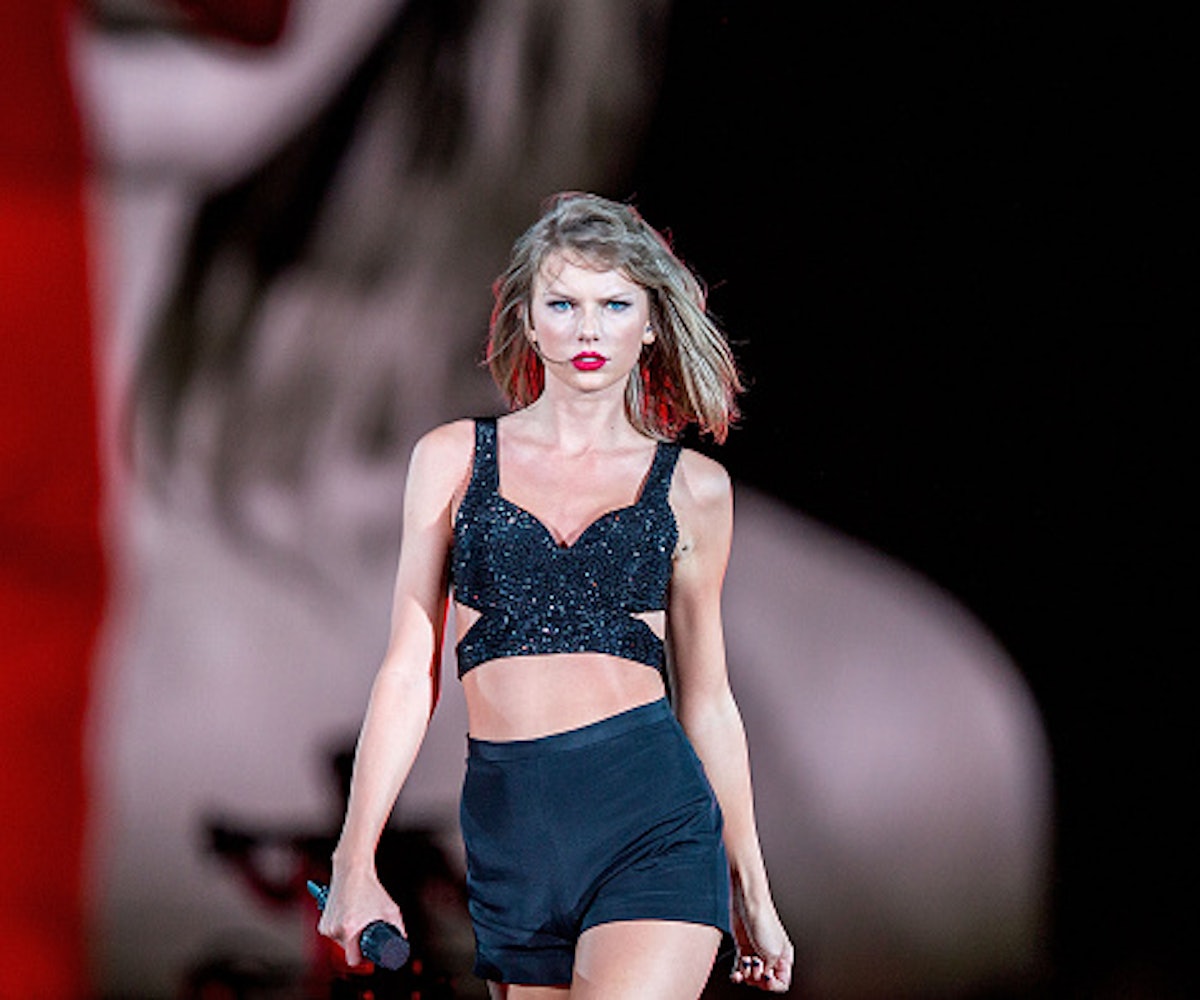 Whether she's attending proms and bridal showers, celebrating engagements, or making hospital visits, it's clear that Taylor Swift is committed to going the extra mile for her fans. And 7-year-old Jacob Velazquez is no exception.

The Swift superfan, who was diagnosed with Autism when he was four years old, possesses an incredible gift. After he and advocacy group Autism Speaks posted a piano cover of a plethora of Taylor's melodies as a medley to YouTube (which, by the way, was played entirely from his mind after a listen), Swift caught wind of the tribute and replied with a sweet message of her own.

In a tweet, she invited him to meet her at one of her shows. Hopefully Jacob will get to make an appearance on stage, like the approximately one million other guests who have made "surprise" appearances on Taylor’s 1989 World Tour.

NEXT UP
Entertainment
Taylor Swift Swept The 2022 American Music Awards
Beauty
Taylor Swift Had 2000s-Inspired Side Bangs At The 2022 AMAs
Entertainment
Precious Pepala Is Going From TikTok Covers To Her Own Resonant Songs
The Art Issue 2022
From Renaissance To Gemini Rights: The Stories Behind 2022's Best Album Covers