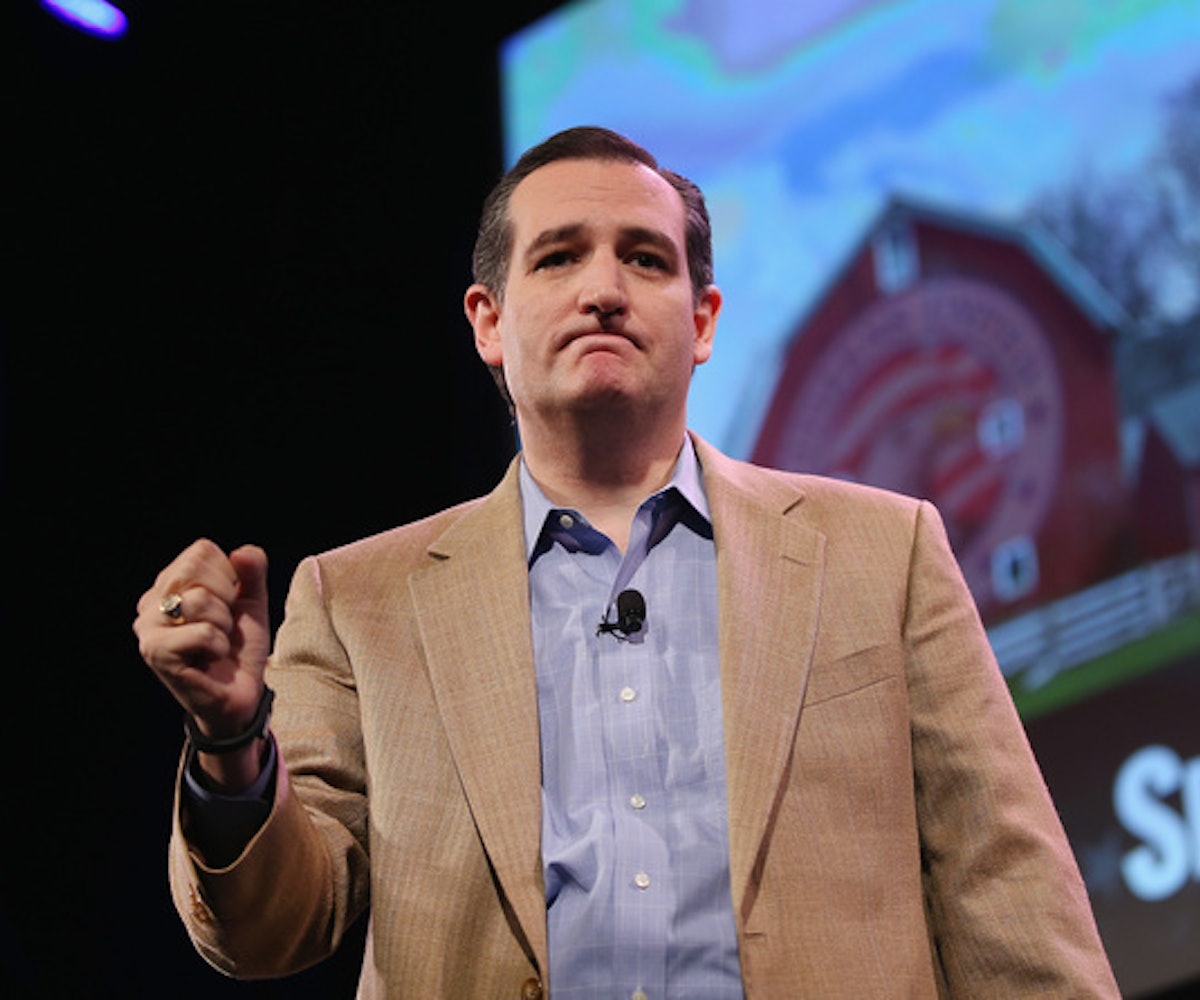 Politicians are not good with the internet (see: Donald Trump). Even beyond Trump himself, the current administration has gotten themselves into heat time after time after time for not knowing that the people born on the world wide web are always watching.

Cruz has since unliked the Tweet but backtracking has never stopped the internet from poking fun at someone before. Also, friendly reminder to everyone that screenshots are a thing.

The tweet is now unliked, of course, and Cruz's team says about the offending like, "We're dealing with it internally, but it was a mistake, not malicious conduct." But, whatever, no apology necessary. It's like, we get so few moments of reprieve from the state of the world that we’ll take the funny moments where we can get them. Sometimes it’s nice to laugh, ya know?