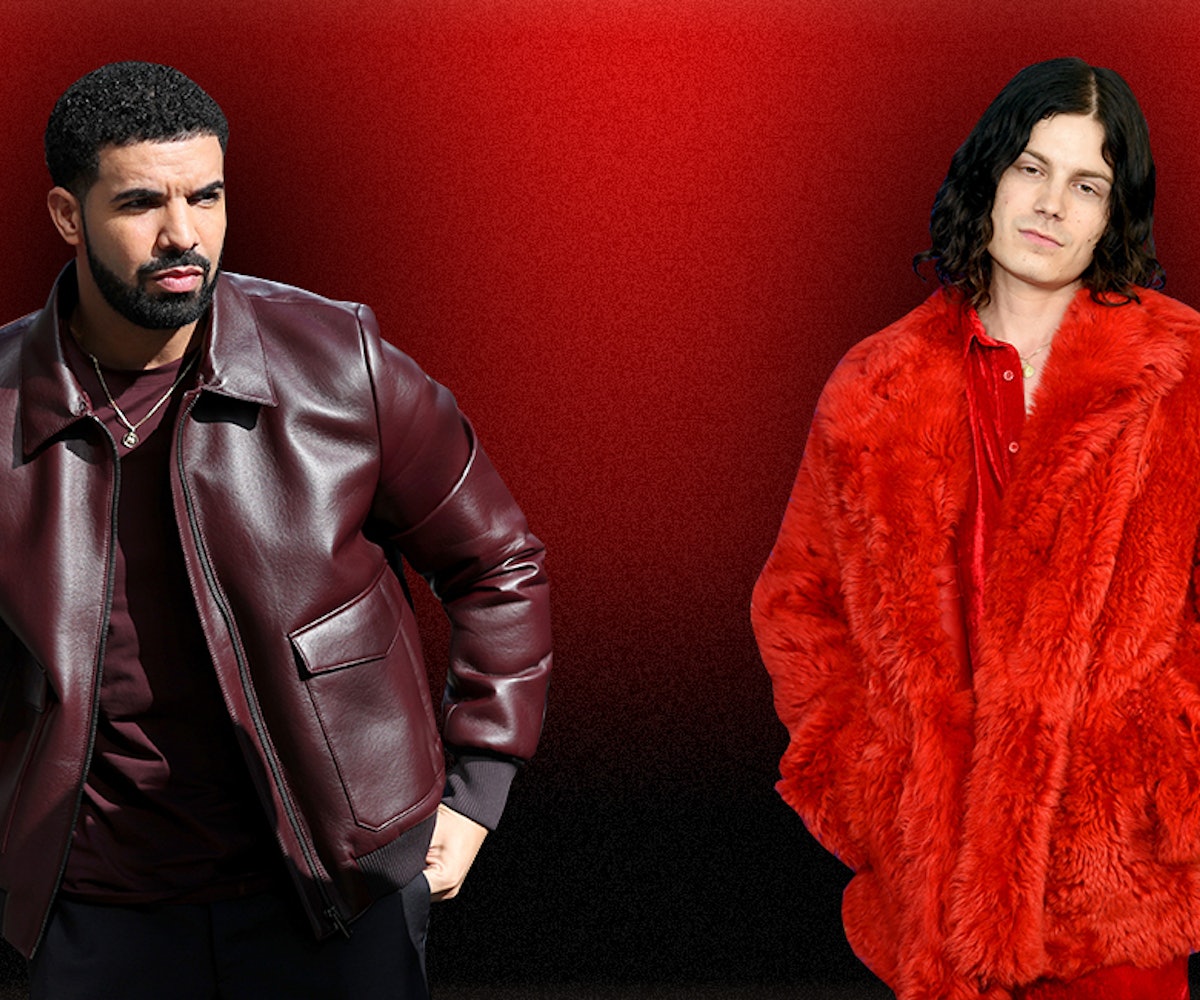 Our teenage years are a tenuous time. That’s when we first begin to question pre-existing boundaries, exercise our autonomy, figure out who we are, and explore our nascent sexuality. Connecting all these threads is the overarching desire to solidify your identity, which is sometimes achieved by ingratiating yourself with other people over your shared passions and interests—particularly when those people have already achieved success and status in fields you’re interested in.

This is the basis of teen fandom, which, particularly for young women, has long been a powerful force in pop culture—not least because when that adoration appears to be reciprocated, nothing feels quite like it will ever be the same. It’s something that predates the internet, the idea that a beloved artist, who is older, wiser, canonized in your community, someone you feel like you truly understand, sees something in you, and understands you too. They’re one of the few people who really get you at a time when it feels like the entire world is either too busy underestimating you or too out-of-touch to connect with you on a meaningful level.

Or, at least, that’s what it feels like when you’re young and an older, influential person pays attention to you. But from a different vantage point, it can seem like that established person is merely grooming the younger person, blurring the lines of a consensual relationship through manipulation and ambiguity for their own benefit, whatever that might be. All of which leads to the question: How can a relationship really be mutual when there’s such a power imbalance?

In a partnership where the dynamic is extremely skewed, it makes sense that the less powerful person would hesitate to push back on things they believe the other wants for fear of alienating or upsetting them. It’s hard enough to ruin something with a person on the same level as you, so what happens when the threat of losing a relationship with someone you admire, and know that you should keep close, is present? This potentially devastating loss is bound to be something that always lingers in the back of your mind, and predators know that.

Perhaps this is why the news of Drake’s friendship with Millie Bobby Brown became such a point of contention last week. Though it’s believable that the two are fans of each other’s work, it’s not hard to see why the most famous 31-year-old man in the world frequently texting a 14-year-old girl has more than a few people worried. Not least because Drake is known for having an interest in much younger women. Currently, he’s rumored to be dating Bella Harris, an 18-year-old model whom he met when she was 16. And in 2016, Drake was also reported to be dating the then-18-year-old Hailey Baldwin; he initially met her when she was 14 years old. It’s hard not to see a pattern here: Drake befriends young girls by leveraging his fame and utilizing their naïveté in equal parts. But this isn’t just a Drake problem. This is a systemic issue in a society which has a surplus of men in power, as well as an abundance of women who have ambitions to be seen, to be understood, to attain power themselves within the existing societal structure. It’s a situation that lends itself to varying degrees of abuse. So what about the other young women this sort of thing happens to who, unlike Brown and Baldwin, aren't in the public eye?

Contemporary pop culture and social media have created a perfect storm for facilitating interactions between young fans and their artistic idols. Not only does it feel like our celebrities are now our friends because of our ability to peek into their lives via Instagram, but social media also allows celebrities to discreetly connect with their fans—and sometimes what starts as a slide into someone’s DMs goes way too far.

Look at the recent claims brought against BØRNS, who was accused of “manipulating” the young fans who “idolized him” under the guise of friendship at music festivals and his shows. After cultivating relationships via Snapchat, Instagram, and text with two different women—both of whom were underage when they first met—Garrett Borns allegedly didn't respond to them if they refused to go to his hotel, and continually asked them for “pics,”

While none of the women complaining about Borns have said that their sexual interactions with him were anything but consensual (and all happened when the women were of age), these women still felt taken advantage of, and emotionally hurt. And it’s easy to see why: This is a gray area of engagement and highlights how inherent power disparities make consent complicated.

What makes this type of situation, and grooming in general, so fraught is that it falls outside the bounds of any classic consensual binary. Just because a grooming encounter isn’t an R. Kelly or Woody Allen situation, that doesn’t mean that it is healthy for the more vulnerable party involved.

Sex is an extremely powerful currency, and its power is naturally better known by someone who has engaged with it for a longer time—the older or more powerful person in a grooming situation. Even in seemingly platonic situations—like the one involving Drake and Brown—the potential of someone’s naivete being taken advantage of is a valid concern, especially when a recognizable pattern begins to appear.

We are currently in the midst of a renewed and vital conversation about sexual consent and assault, one which prioritizes sharing experiences as a means of making the boundaries of how we should be treated clear and easy to read. Women have long been—and continue to be— discouraged about being vocal about their sexual encounters, both positive and negative. However, what we must continue doing is listening to those coming forward so we can get to a point where we know what a healthy relationship built on mutual respect looks like. After all, the only way we can even begin to understand the importance of enthusiastic, affirmative consent is by hearing about the emotional impact that grooming has had on some of these women who have been approached and abandoned, and learning from it.