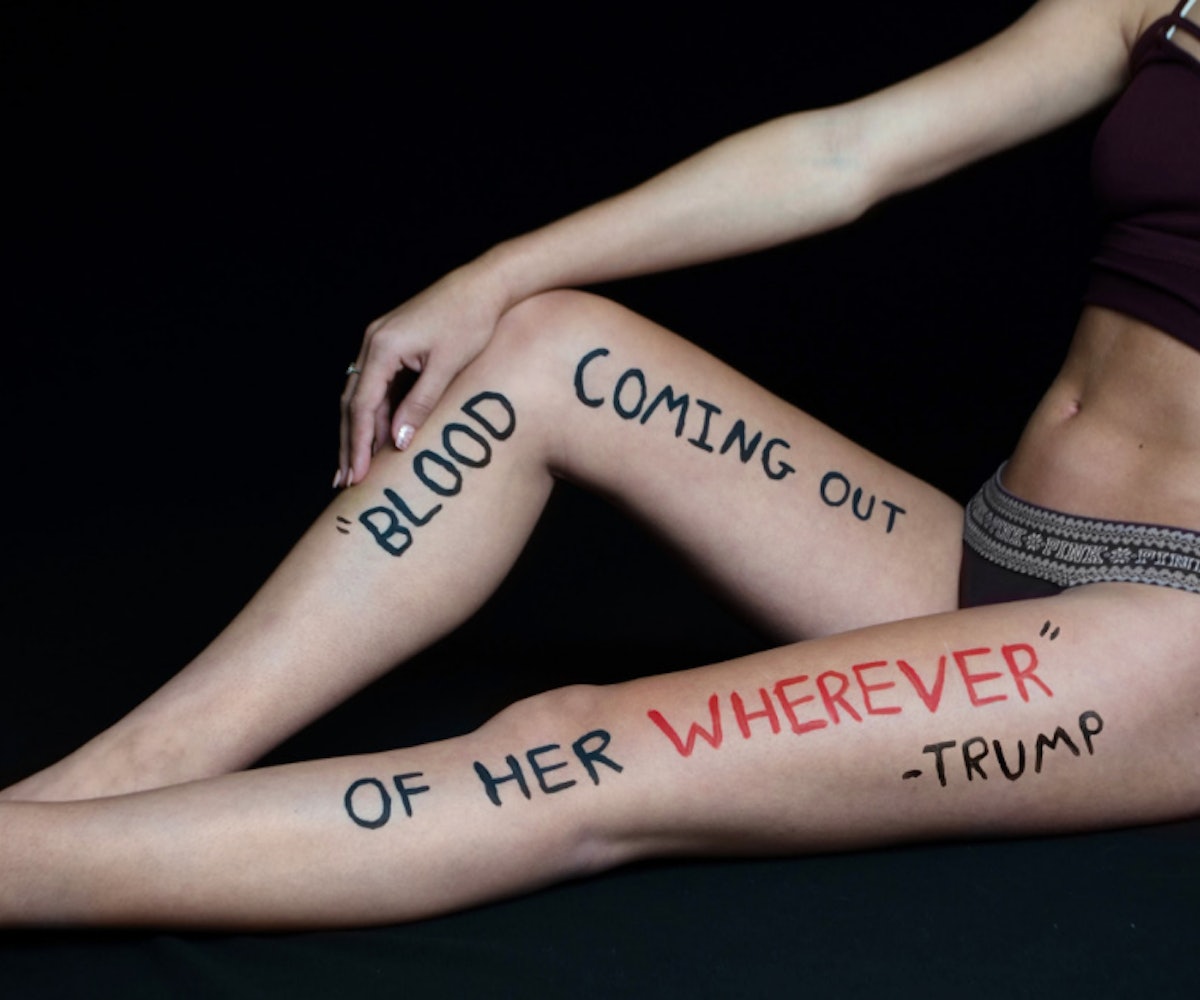 We all know by now that the personal is political, and 18-year-old college student Aria Watson is sending a political message on a very personal medium—the female body. BuzzFeed first reported on Watson's art project, titled #SignedByTrump, which she created for a photography project at Oregon's Clatsop Community College. While Watson's work has been available on her Tumblr since its inception, it recently went viral after people discovered its powerful message and the relatively unorthodox way in which Watson deployed it.

Watson's photo project depicts five women—herself and four of her friends—in various states of undress, all with quotes by Donald Trump written across their bodies. The project includes many of Trump's most notorious quotes, like "Grab 'em by the pussy" and "A person who is very flat-chested is very hard to be a 10." (What a master of the English language this guy is!)

Seeing these flagrantly misogynistic statements literally written upon the bodies of the very women who words like this seek to diminish is a profoundly unsettling experience. Every woman who has ever been verbally assaulted by a man knows that those words mark us and inform the way we see ourselves and how we conduct ourselves in the world. Watson's literal portrayal of the way in which these words forever live on our skin is a testament both to our patriarchal society's ability to brand us as unworthy and less important than men, but also demonstrates the strength of women, and our ability to keep existing and thriving no matter what kind of poison is cast our way.

Watson said about her work:

Over the past few days, I’ve gotten messages that have brought me to tears. To everyone who has supported me and #SignedByTrump, don’t let anyone silence you. Don’t be afraid to speak up about what you are passionate about. I don’t know why Donald Trump is in office, or how this even happened, but he is. What we need more than ever is to come together. We are stronger together.

A powerful message, for sure, and one that feels particularly important right now.