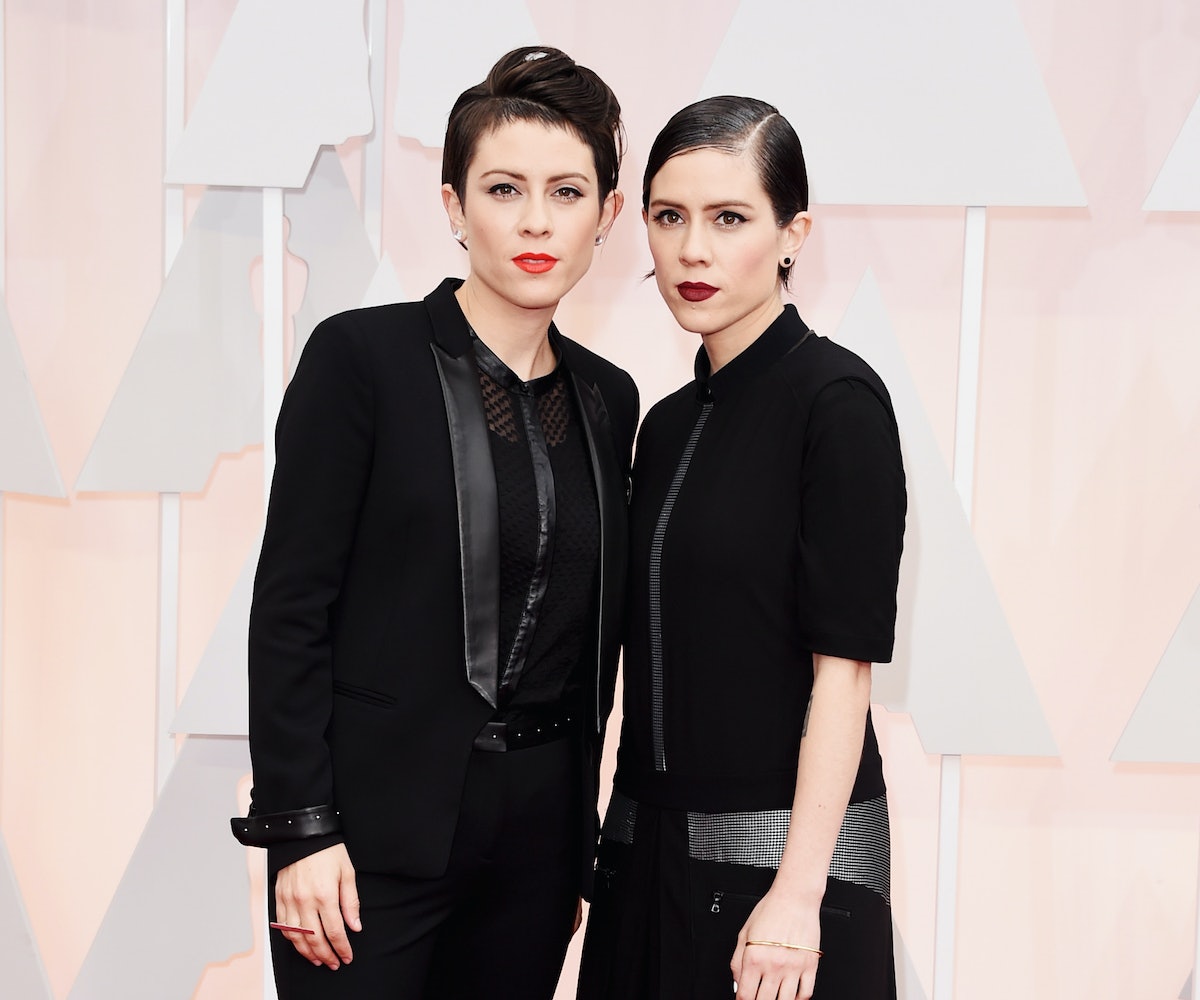 If you didn't think that you could like Tegan and Sara more than you already did, prepare yourself to feel overwhelmed with adoration. The indie pop stars have officially taken their activism to the next level by launching their own LGBTQ foundation. The Tegan and Sara Foundation's mission is to further "support the work of other organizations who have been fighting for LGBTQ and women's rights by raising funds and awareness for their initiatives."

Not only is the twin sister duo standing in solidarity, but they are showing that they are committed to being proactive members of the LGBTQ community, a space that is deeply important to them both. The foundation will promote “economic justice, health, and representation for LGBTQ girls and women” in the wake of the Trump administration. The Tegan and Sara Foundation also serves as an "extension of their work, identity, and commitment to supporting and building progressive social change."

All of the foundation's endeavors will be based on the fundamentals of “feminism and racial, social and gender justice.” Supporters are encouraged to donate to The Tegan and Sara Foundation here. Read their entire mission statement in the letter, below.

Since the beginning of our career, our LGBTQ  fans have supported us in innumerable ways. Our journey navigating sexism and homophobia in the music industry has always been interwoven with the stories you share with us. Your personal histories of injustice and discrimination at home, school, work, and church have inspired us to use our public status to speak out about the struggles of the LGBTQ community.

Our fans not only support us, but each other as well. We see hope and strength in our community, whether through every day acts of kindness or through the power of mobilizing behind a common cause. Therefore, it is with deep gratitude and pride that we commit ourselves further to the fight for justice, equality and progress.

Over these last months, we have been working on a new project, the Tegan and Sara Foundation. Our mission is to fight for economic justice, health, and representation for LGBTQ girls and women.

In the fall of 2016 we traveled across North America touring our new record, Love You to Death. We played shows every night, but it was also an important listening and learning tour for us. Every day we read your letters. We met with local fans, youth activists, researchers, legislators, and nonprofits working tirelessly to promote LGBTQ equality. We were deeply inspired by their work. The list would be too long if we mentioned everyone who generously spent time with us, but a special thank you to GLAAD, Oregon Governor Kate Brown, the LA LGBT Center, Equality North Carolina, the Audre Lorde Project, the Astraea Foundation, and the Williams Institute. We learned a great deal from you all, including much more about the needs of LGBTQ people in North America. We learned that the lack of federal funding for LGBTQ services, limited training for doctors about the needs of their LGBTQ patients, and severe workplace discrimination are disproportionately affecting women. Most importantly, we learned that LGBTQ women and girls are feeling overwhelmingly rejected and left behind.

LGBTQ women are experiencing disproportionately high levels of poverty, health issues and inequality. LGBTQ women of color, especially transgender women often experience these issues even more severely due to racism and transphobia. Today, given the state of politics in the United States, we must continue to unite and fight for our rights and against all forms of oppression.

Through the Tegan and Sara Foundation, we can be proactive with our support rather than wait to react to discrimination as it occurs. We will support the work of other organizations who have been fighting for LGBTQ and women's rights by raising funds and awareness for their initiatives. We will fight against the repressive legislation of the incoming Trump administration. We will fight against regressive homophobic, transphobic, and misogynistic legislation. We will fight for economic, racial and gender justice. We started the Foundation to dismantle the systems of inequity that prevent LGBTQ girls and women from reaching their full potential. Together, we can make a difference.