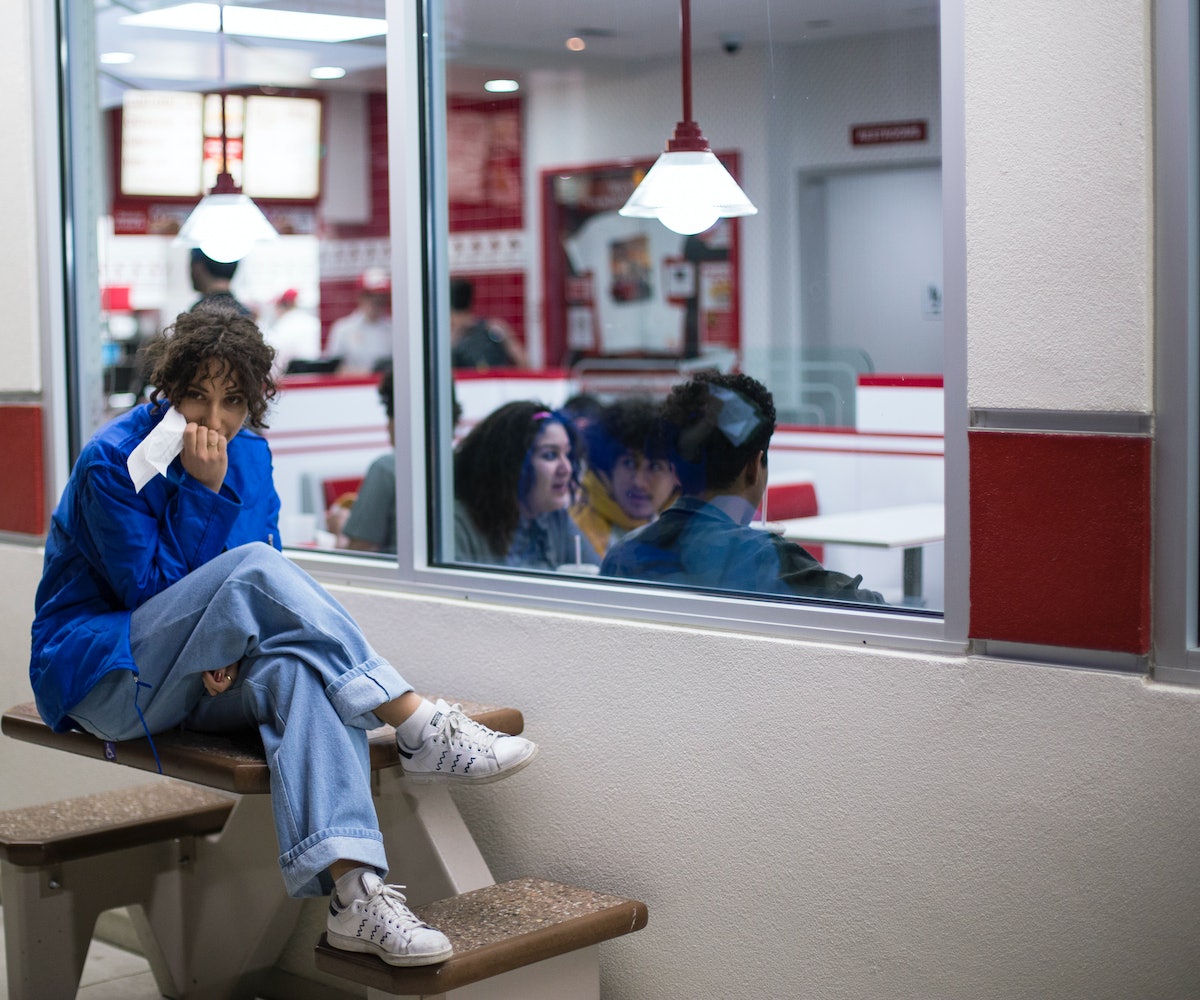 The fantasy of life on the road is a compelling one. We romanticize it with themes of freedom and self-discovery. And, for the most part, it absolutely is just that. As a musician, there's nothing more satisfying than touring your music and knowing it's your work that's fueling this adventure.

Just ask Tei Shi. She just wrapped her tour with MØ and now has her sights on the release of her debut album, Crawl Space. But before that drops March 31, let her show you what it's really like to be on tour in our exclusive tour diary, where SXSW antics melt into L.A. nights. It's not all fun and games, but it ain't boring either. Some life, eh?

Catch Tei Shi on tour next when she takes Crawl Space to the East Coast beginning May 9 in Brooklyn, New York. More information on that here.

Getting ready for the first show with MØ in Chicago.

Chicago was fun despite my pained facial expression.

Back to Austin for SXSW.

A delightful stop at In-N-Out post-show.

New In-N-Out T-shirts for the band.

Bad girls backstage before we got kicked out by Lil Yachty's entourage.

This was a fun show.

The Future Is Female showcase. Last show of SXSW.

It was too cold to go swimming.

My favorite dress by Prisca Vera. I wish this said Arson because I think that's what the official name of the dress should be.

Santa Ana. (This dress is actually yellow/green, but the lights made it look orange!)

Refueling on the drive to LA.

Me and my girls in San Diego.

The Observatory in San Diego with MØ. One of my favorite venues we played.

I find steaming [to be] very calming.

Getting ready for L.A. Last show of the tour!

End of tour! Backstage with some angels.

Champagne for my real friends.

Real pain for my sham friends.

My band endured me until this point!