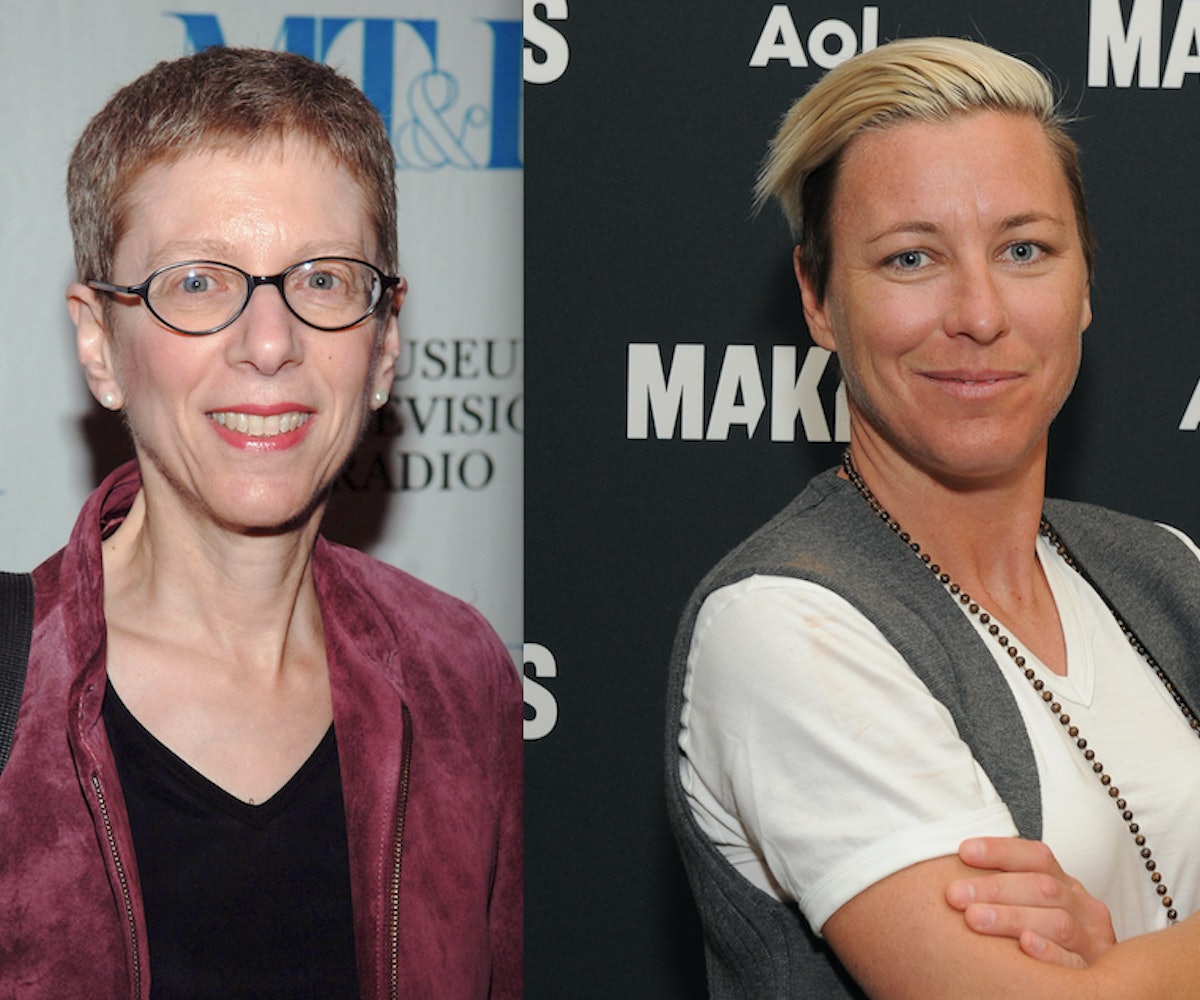 This week, radio producer Terry Gross asked soccer player Abby Wambach an absurd question that highlights the ever-present ignorance towards homosexuality that plagues our society. During a Fresh Air interview, Gross and Wambach discussed various aspects of Wambach's life, including the challenge of growing up gay in a Catholic family, to which Gross asked:

"So I want to ask you more about like, comprehending your sexuality, your sexual orientation. You’d had a boyfriend in high school. You went to the prom together. You were considered, like, the jock couple of Rochester, New York. Was it helpful on Long Island to have had a boyfriend, to have had sex with a boy, so that you could know with more certainty, 'no, I love women?'"

This ridiculous question is insulting on several levels. It suggests that homosexuality should be confirmed by testing out heterosexuality first—which perpetuates the notion that heterosexuality is the norm and being gay is a deviance. It's difficult to imagine that if Wambach were straight, Gross would be asking if she confirmed that by engaging in same-sex reationships. The question also insinuates that when people identify as homosexual, they may simply just be confused and need some sort of litmus test to actually adopt gay as an identity.

Despite the hugely offensive question, Wambach graciously responded with a thoughtful answer:

"Yeah. I mean, I think the person that I am… I will pretty much try anything once because I can’t have an opinion about something that I don't know of or that I haven't experienced. And that’s kind of the same thing that went into sorting my sexuality out, right? I went to Catholic high school, Catholic grade school when I was younger, believing in this God that was basically telling me that the feelings that I might be having internally were sinful. I was like, 'all right, well, I got to try this other life out. I got to see about it.' And I tried."

You know, I did what I was kind of, quote, unquote, 'supposed to do' as a kid. And I dated the boy and I experienced the boy, and as soon as I met and started dating my first girlfriend, I then got it. I understood what I was missing all along, and this is no disrespect to my boyfriend in high school. This is just, like, more of a knowing—like I met this woman, and I was like, 'oh, I get it now. This is how you're supposed to feel.'”

I remember having conversations with my friends in high school, like, 'what do you think love feels like? You know, I don't know. I think I’m in love.' And if you ever in your life say, 'I think I’m in love,' you’re not, right? When you are in love, it’s a knowing. It’s a knowing like you know your own age, and you know your own family’s, like, last name. That’s what love feels like. And if you are in question of it, you probably aren't in love, and I’m sorry to tell you that."

This interview exchange is a perfect example of how some in society still view homosexuality as more of a mistake than an actual identity. Even a radio host as respected as Terry Gross buys into the notion that in order to be gay, you must first test out what society has established as "normal" before you can fully embrace it. Hopefully, with more people like Abby Wambach who continue to push the dialogue in the proper direction, questions like these will no longer be an issue.