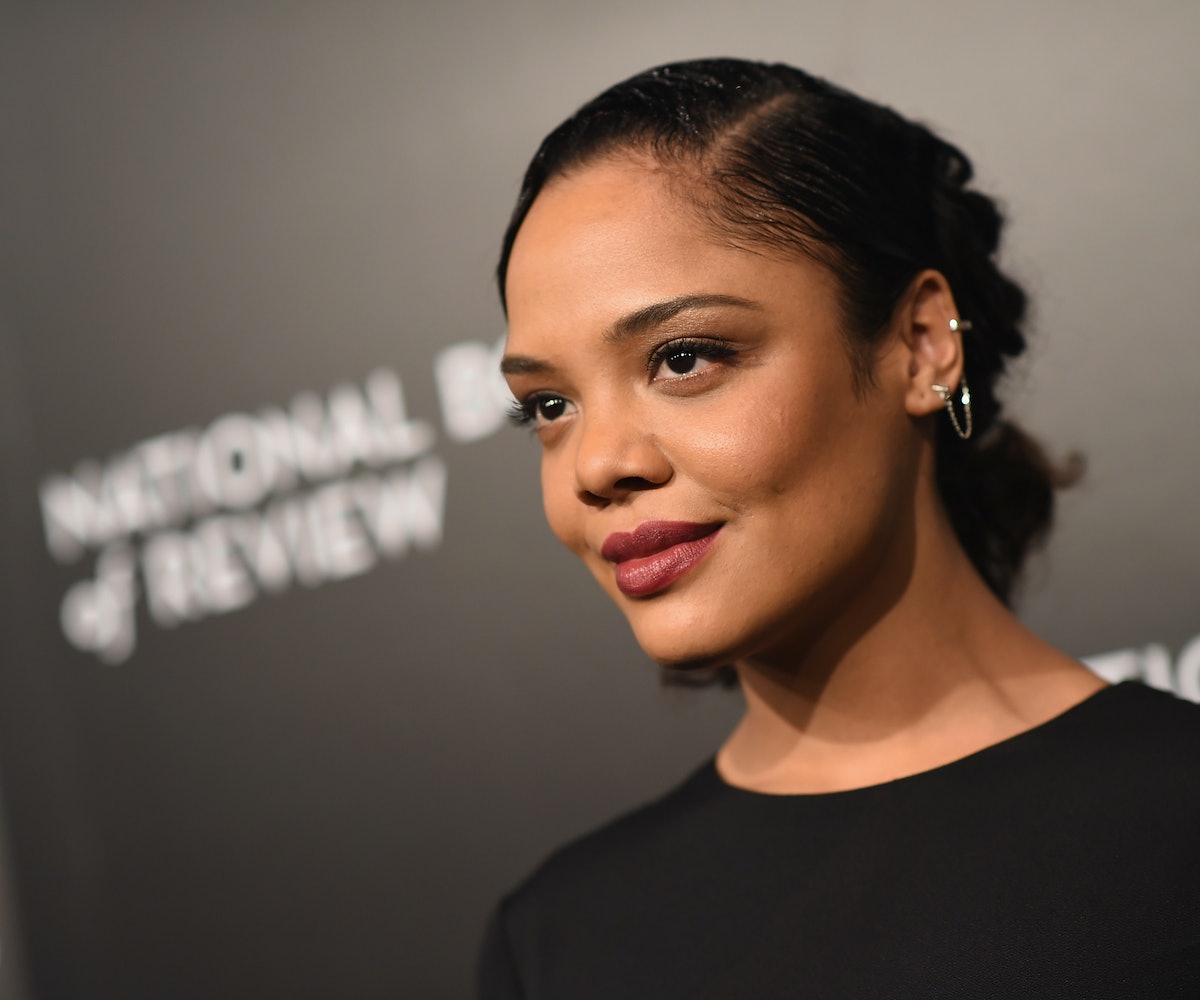 Tessa Thompson took to Twitter this morning to clear up her comments regarding Lena Dunham's involvement in the Time’s Up initiative.

“I sometimes lack finesse in navigating social media,”. “Hard to discuss issues with nuance there. A response I made to comments on an Instagram became fodder for a piece that I believe was designed to create conflict where there isn’t any.” To recap: On Sunday, Thompson posted a now-deleted photo of a group of women celebrities wearing Time’s Up t-shirts. When one user asked why Dunham was present—given the fact that she defended Girls writer Murray Miller when he was accused of sexual assault—Thompson noted that Dunham hadn’t been present for the past two months and that her appearance was a “surprise to us all.”

In the statement put out today, Thompson goes on to clarify the comments made, writing: “It’s perhaps more complex than that. But I, in no way, want to diminish Lena Dunham and her work, her voice, and her importance. We have spoken and she knows my heart.” She says that she often feels the need to speak up for women who feel underrepresented and she regrets that her words distracted from the real focus, which is the work being done by the TIme’s Up initiative. She writes:

The Time’s Up campaign is for everyone, in all capacities, contributions big and small. It doesn’t belong to any one. It is for us all. The beauty of this huge collaboration has been a group of countless committed people who have come together for a shared purpose. To create change. And it is such a powerful thing. I stand, humbled, with everyone involved. Linked not ranked.

Dunham also put out a response by way of Indiewire. It reads:

I was honored to be invited to the meeting by a close friend and to observe the work that these amazing women have been doing the past few months. For highly personal reasons, I’ve been unable to join previous efforts but being asked to be a part of this celebratory moment was truly beautiful. I’ve worked with Tessa and respect her artistry and admire her consistent candor.

NEXT UP
Entertainment
Andrew Scott Is Happy To Follow A Woman’s Lead
Life
NYLON Daily Newsletter: October 5, 2022
Beauty
Tumblr’s Coquette Aesthetic Is Taking Over Beauty — How To Get The Look
Entertainment
Relive ‘00s New York With Yeah Yeah Yeahs, The Strokes In ‘Meet Me In The Bathroom’ Trailer