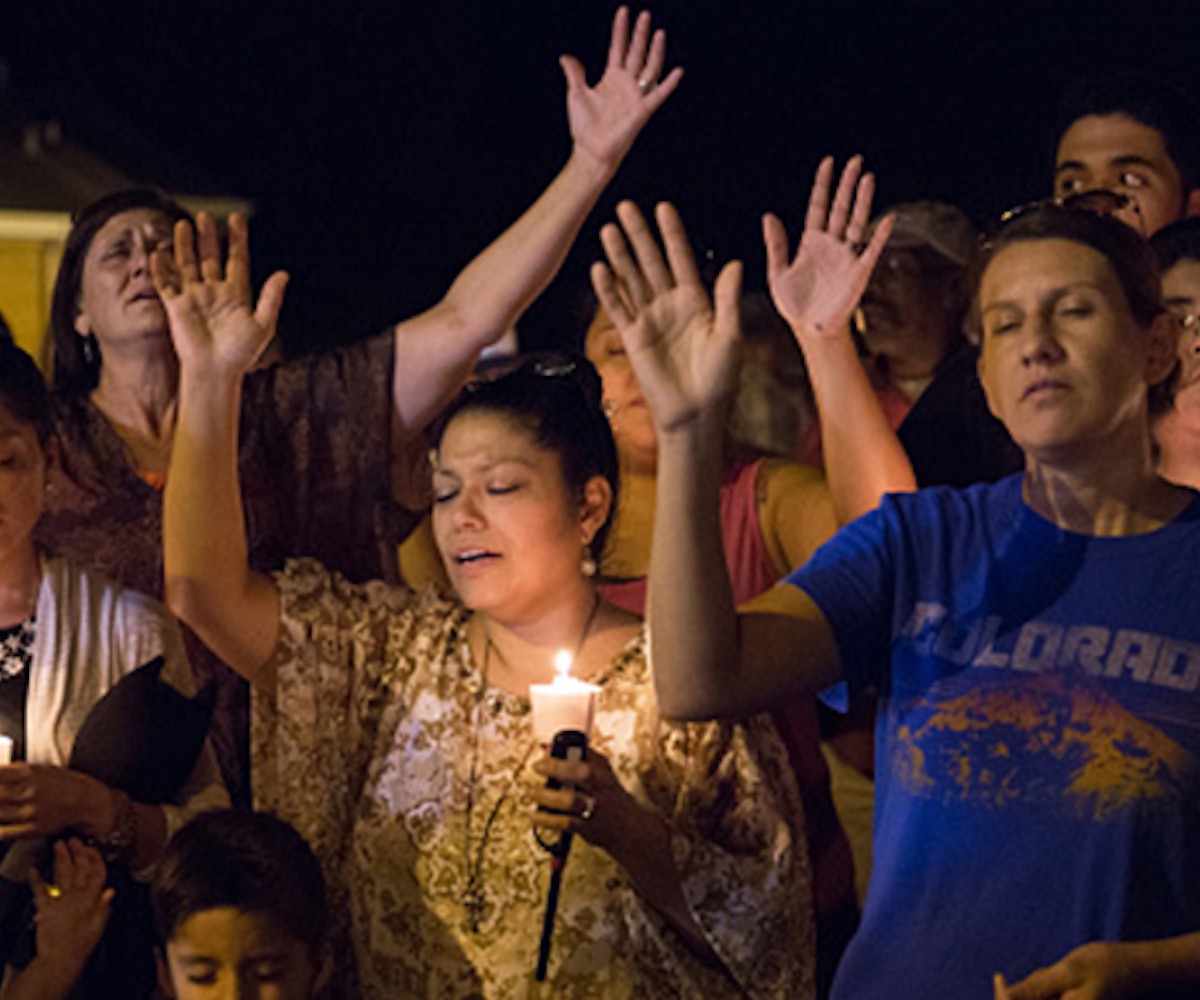 America claims to be the greatest country in the world, and yet, when it comes to gun control, we can't seem to focus on more than one thing at a time. In response to the devastating mass shooting at a Texas church over the weekend, that left 26 dead and more than 20 wounded, Donald Trump said it's mental illness, not guns, that is to blame. Trump is clearly echoing the sentiments of other Republican lawmakers, who are influenced by the NRA, and only uses the mental illness excuse when the shooters are white. This doesn't need to be an either/or conversation; it can—and should—be an issue of both guns and mental health.

While only about 3 to 5 percent of violent acts are committed by people with mental illness, it'd be hard to argue that better mental health treatment in the United States wouldn't benefit a lot of people. The brother of Stephen Paddock, the gunman behind the Las Vegas massacre, said that Paddock had "not a bit" of mental illness history. Yet, considering Paddock's history with domestic violence, it's hard not to wonder what benefits he would have derived from counseling and psychiatric assessment and care.

However, Trump can't blame mass shootings on mental illness and then, at the same time, support legislation that allows those with mental illness to purchase firearms and champion a health care bill that excludes mental health care. If we're going to talk about both gun control and mental health, we need to do something about both critical issues. The fastest way to prevent a tragedy like what happened in Sutherland Springs, Texas, and in Las Vegas just a month before that, wouldn't be to wait until Republicans create a health care bill that includes affordable, comprehensive mental health care coverage, it's to legislate gun access.

We wouldn't even have to ban a wide range of guns at first, considering the same exact category of firearm was used in many of the major mass shootings in this country. From Sandy Hook to Orlando to Las Vegas to Sutherland Springs, the gunman used an AR-15. In some instances, bump stocks were used to modify the guns to fire rounds more quickly, emulating an automatic weapon. By banning variations of AR-15s—which were originally designed as weapons of war—and bump stocks, we're ensuring that these kinds of horrific acts are impossible, whether a person has a history of mental illness or not. The millions of Americans who own an AR-15 can find another weapon for self-defense or use a different gun to hunt if that's what they're using it for. There's no excuse good enough to justify the lives that have been taken by these machines.

Regardless of what Trump wants to blame the latest mass shooting, we are going to keep having this conversation every few weeks until we actually do something. Getting rid of these guns should be the first step, or at least getting them out of the hands of civilians, particularly those with a history of mental illness. Next on our agenda should be making health care more affordable and accessible to the average person.

The number of therapists that accept health insurance continues to decline, giving people fewer and fewer options to take care of themselves mentally and emotionally. Instead of arguing over what matters more, mental illness or guns, let's agree both are extremely important, and then set about the best path to addressing those issues head-on. The people of Sutherland Springs obviously have our prayers and thoughts (it's difficult to think about anything else), but what they deserve is our action.