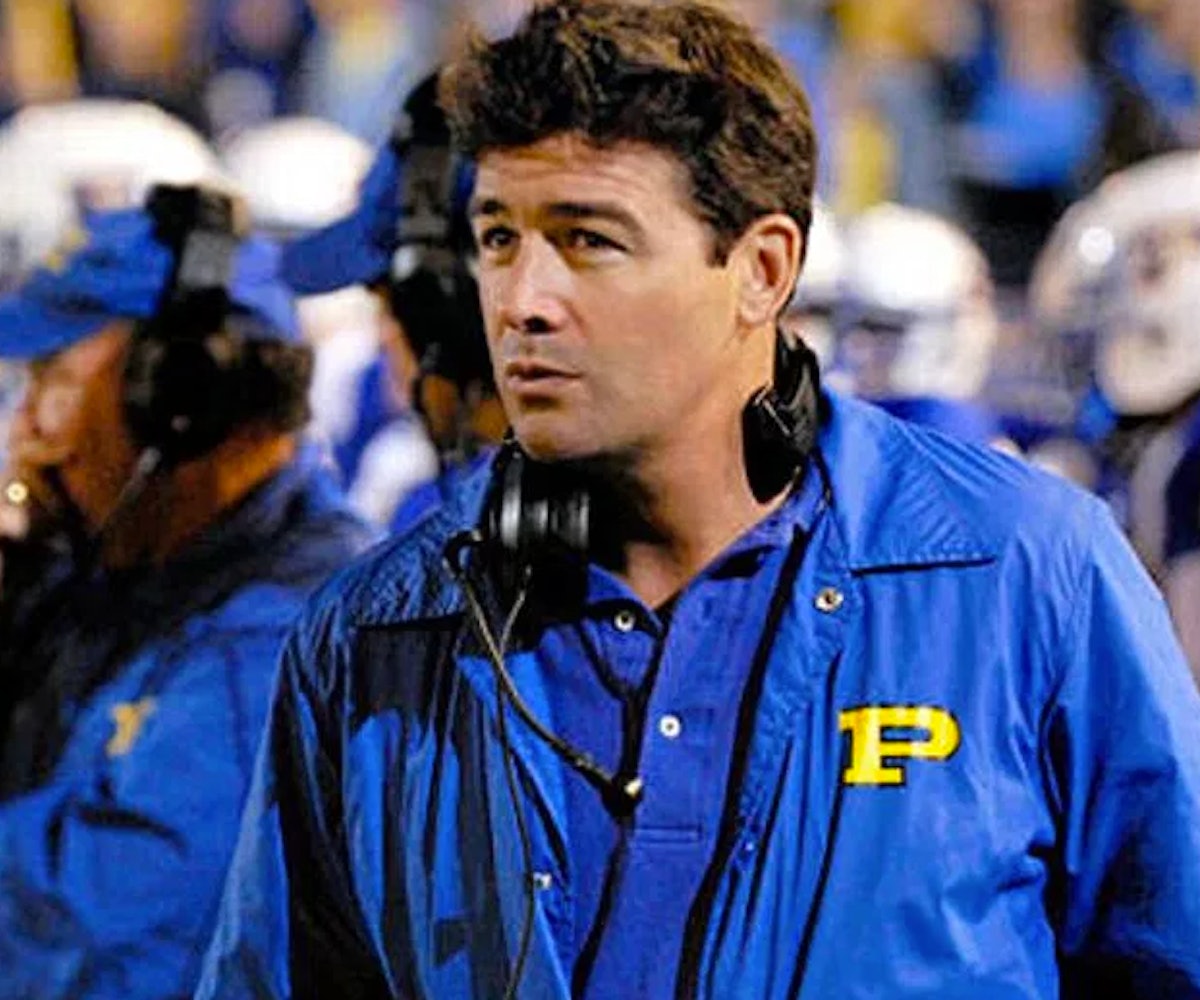 In the Venn diagram of  TV snobs and indiscriminate binge-watchers, there is one show that reliably exists in the overlap: Friday Night Lights. In the 10 years since its quiet 2006 debut on NBC, FNL has achieved a rare trifecta in the world of prestige television: critical acclaim, cultishly adoring fans, and a genuinely wide audience (which, sadly, it didn't have when it aired on network television, but what are you going to do). FNL fans are a diverse bunch; the show's devotees consist of people who might flock to the series for a variety of reasons, but stay in thrall because of one thing: There is no better depiction on screen of people who show us not just who we want to be, but who we actually can be, if only we try.

There are many people for whom FNL would not seem an obvious choice for obsession; I am one of them. Little about a television show centered around a small Texas town's high school football team seemed all that appealing to me. I didn't watch the series when it first premiered, despite reading here and there about what an exceptional show it was, and despite acknowledging that Taylor Kitsch aka Tim Riggins aka #33 was, you know, pretty hot. Eventually, I got around to binge-watching it on Netflix for all the reasons that one usually gets around to binge-watching things on Netflix: I was bored, and it was a good way to pass the time with a guy I was maybe starting to see, and definitely already liked.

It's a funny thing to fall in love with a TV show, it almost only ever happens when you see yourself in it. There's a huge difference, then, between the admiration—even when it verges on a type of worship—that I've felt for something like The Sopranos or the wild delight I can get from Game of Thrones, compared to the way that a show like My So-Called Life found a forever place in my heart, thanks to the fact that I watched it when I too was a teenage girl in high school, who sometimes dyed her hair red and found nothing hotter than when a guy would lean his head back to put Visine in his red, red eyes, revealing his throat, clenching his jaw.

But it makes perfect sense that MSCL would find a permanent spot in my psyche; if not literally about me, it was, like, literally about me, or, at least, about people just like me. Friday Night Lights, however, had nothing to do with me; I'd spent my whole life in the Northeast, had never been interested in football, and was pretty certain I would break out in hives were I to hear too many Texas drawls for an extended period of time. There never had been and never would be someone I unironically called "Coach." I have never said "ma'am." And yet, there I sat, for hour after hour on my couch, watching one after another of all 76 episodes of FNL. Netflix would occasionally ask me if I were still watching, its algorithm in apparent disbelief of my devotion. The answer was always yes.

There are myriad reasons why I was so drawn to the show. Some simple—who on earth would deny themselves the opportunity of seeing as much of Connie Britton's glorious hair as they possibly could? Some more substantive—the show's writing, while chock-full of the kind of aphorisms that have inspired endless lists with titles like "35 Things That Tami Taylor Taught Us About Living Our Best Lives" or "27 Times Coach Taylor Made Us Want To Be A Better Man," was also sophisticated and sensitive beyond the ways in which a high school drama usually (or ever) is. But beyond the listable reasons (and, seriously, the internet is home to an infinite number of FNL lists), was the more ephemeral quality of what Friday Night Lights made us believe was possible, namely, an America we could believe in.

The two words most often repeated on FNL are "Texas forever." It's a mantra for the football team (along with the similarly oft-quoted "clear eyes, full hearts, can't lose"), but it's also a way of life, code words for how the heroes of this show want to exist in the world. For someone who has always lived in New York, the idea of "Texas" was always tied up a little too closely with the sort of gun-loving, God-fearing, Republican-voting American from whom I've always felt alienated. "Texas" to me didn't seem like something to which I could understand aspiring for just one day, to say nothing of eternally.

And yet, in the world of Friday Night Lights, the idea of "Texas" becomes clear. It's not that it doesn't still exist as a fantasy (any world in which Tim Riggins exists is at least a little bit fantastical), but it becomes grounded in a reality of possibility, and of hope. "Texas" is family and friends, "Texas" is love and loyalty, "Texas" is a small town sensibility in this great big world of ours.

Now, I know what you're thinking, because it's what I would be thinking if I hadn't already seen the show: How is that any different from half a dozen other overly sentimental looks at small town America? Or: "Family and friends and love and loyalty" are just conservative code words for maintaining the existing power structure. This show is just jingoism made palatable thanks to Tami Taylor's sass.

The truth is that FNL could have been just that, a paean to conservative ways of being, the kind that pigeonholes people and ascribes to them a plan for what their life should be, based on anachronistic societal structures. Instead, FNL takes these well-trod tropes of Americana and subverts them, thus demonstrating the actual freedom that's possible within this world in which we live.

It is because Friday Night Lights traffics in the myth-making so familiar, so essential, to that greatest of our collective fantasies‚ the American Dream, that the show can rise above its own myths and show how to forget about fantasy and get busy living in reality. Friday Night Lights takes the perfect athlete and cripples him, takes the pretty cheerleader and makes her complicated and intelligent and in thrall to no man, takes the perfect marriage and challenges it without letting it die. And it does these things in a way that is understandable, that is relatable. FNL offered happy enough endings, but they were not without compromise, making them all the more recognizable as victories. Friday Night Lights showed the cost of winning but made it seem bearable and worth it—particularly when winning had little to do with glory or fame, and everything to do with making the world around you and within you a better place.

Friday Night Lights is so easy to love, then, because its mirror version of our reality is a filter that doesn't erase the darkness, it just allows for us to recognize that there can be something better than what we think is out there. FNL did this by showing us the possibility of a better world, the one we want to exist, even if they are not without their troubles (and are, in fact, full of them). These troubles, though, only make their future happiness well-earned. Friday Night Lights doesn't try and show us what lives people deserve to have; there is no such thing as "deserve" in this world. Things happen, or they don't. It's what we do with those things that matter.