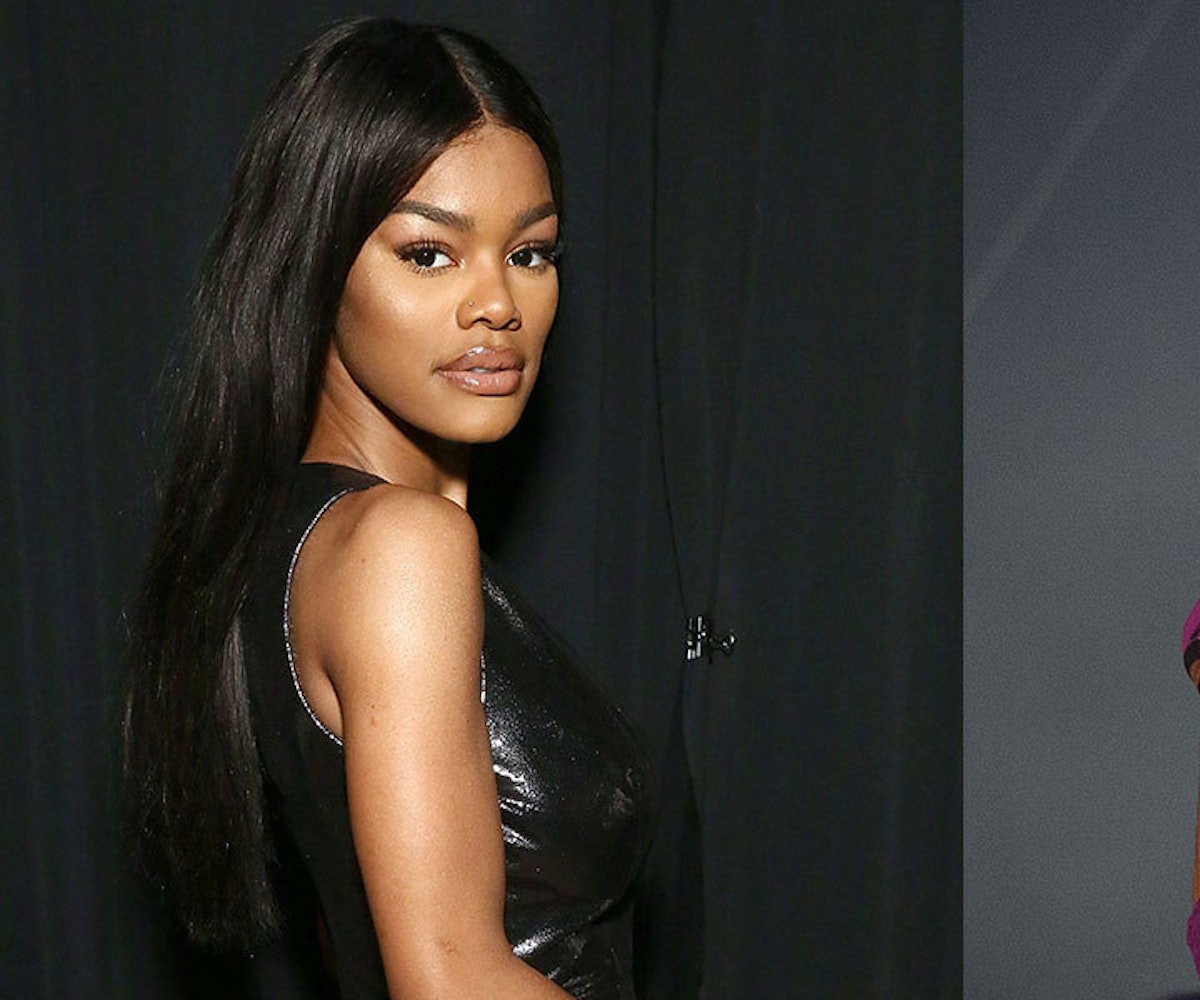 No one is safe from the wrath of Azealia Banks. After calling Cardi B a “caricature of a black woman” this weekend, which lead to the "Bodak Yellow" singer deleting her account, Banks went after Teyana Taylor.

Yesterday, Banks posted a behind-the-scenes video from her forthcoming “Anna Wintour” video on Instagram. A user commented on the post, writing, “Okay azealia feel that @teyanataylor fantasy I see you queen,” referring to, we assume, Kanye West’s “Fade” video which Taylor stars in. Banks responded with this: “Lol you mean the choreography she stole from @bornready_matt and tried not to give him credit for until a lawyer got involved…”

Taylor, who says that she was busy celebrating Mother’s Day yesterday but that she has “ah lil bit of time TAHDAY!!!!” responded to the accusations by way of an Instagram video. Said through Snapchat's wide-mouth filter, Taylor refers to Banks as “Petunia” (a phrase she uses frequently on her show Teyana & Iman) and questions the lawyers and stolen choreography Banks speaks of. In the caption, she calls on choreographer, Matthew Pasterisa, to speak with the rapper and clear things up. “Give ya friend some clarity with all her inaccurate information, so she can stop spewing out all of this false information,” she writes.

Banks has yet to respond, but something tells us it’s only a matter of time until she does.

NEXT UP
Culture
Senators Quoted Taylor Swift During Ticketmaster’s Hearing
Entertainment
Taylor Swift Sparkled In Midnight Blue On The 2023 Grammys Red Carpet
Culture
An Ode To Stripperweb, The Beloved Sex Worker Forum
Fashion
Bottega Veneta Just Dropped The Next It Bag For Spring
Style + Culture, delivered straight to your inbox.