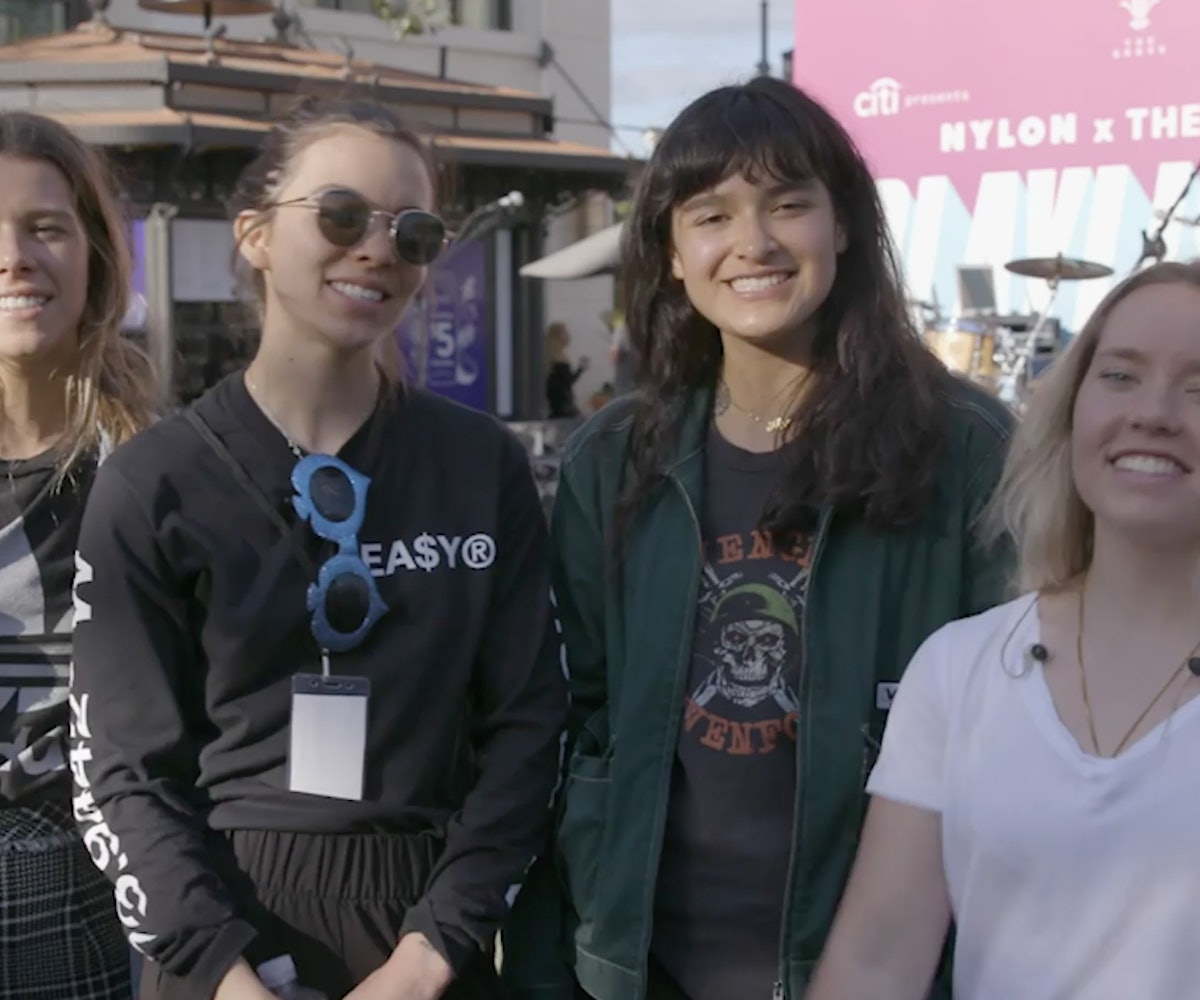 Good music is made even better when artists foster healthy and positive relationships with one another—and rising indie band The Aces are a shining example of that.

The Utah-based foursome recently put on an amazing performance for our #Playlisted series at The Grove in L.A., where they drove screaming fans crazy by playing some of their most popular hits. Ahead of their encore-worthy gig, the ladies told us how they met and started the band.

"So Alissa and I are sisters," says lead singer Cristal Ramirez. "And we started playing together when... I was 10, and she was 8. And then Kenna and I grew up together."

"They wanted to start a band, so they were like, 'You should get a bass guitar,'" adds bassist Kenna Petty. "We were already hanging out all the time."

See highlights from their stellar performance, and be sure to check in next month for another Playlisted performance!