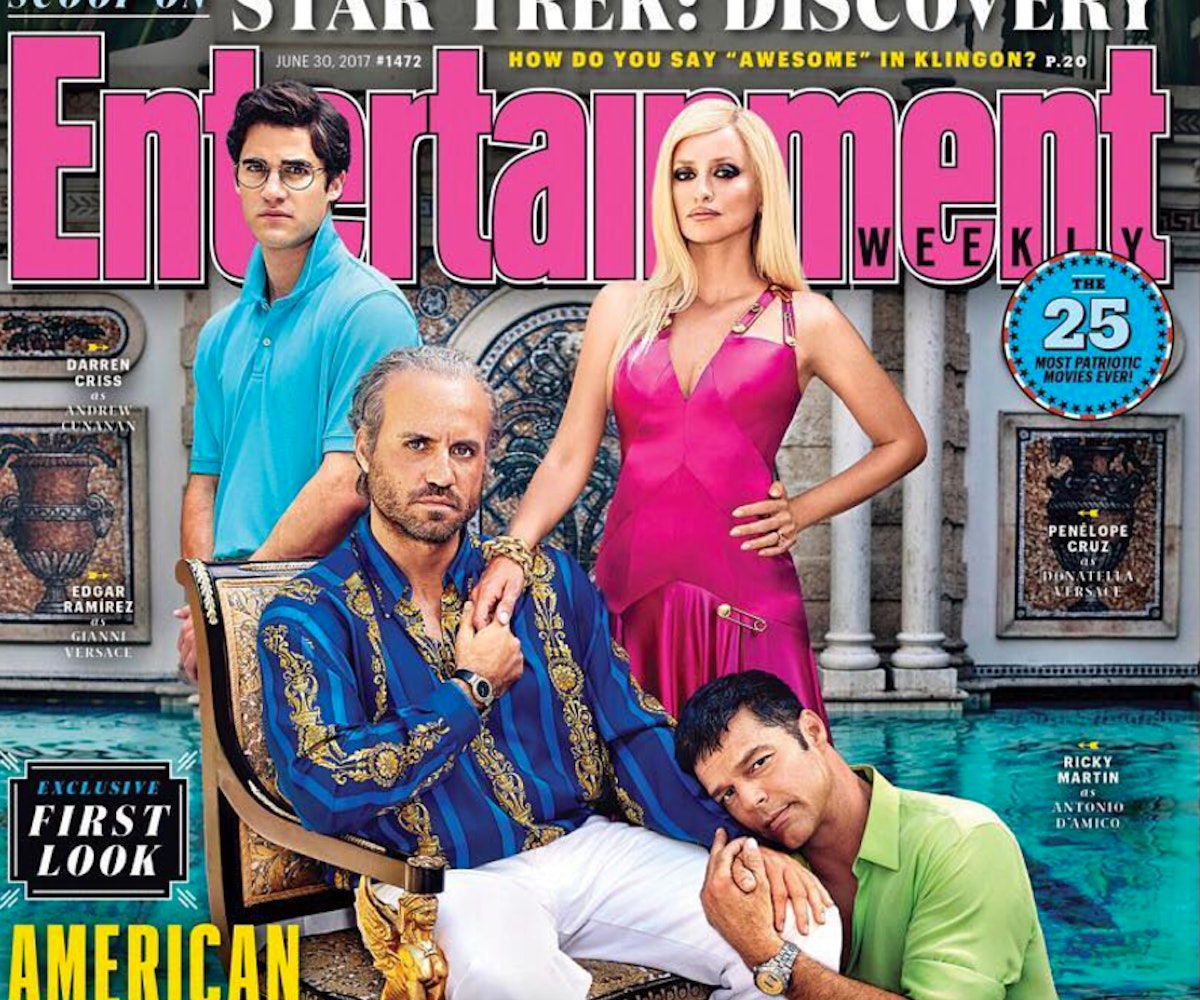 The first pictures from The Assassination of Gianni Versace: American Crime Story are here, and they are as over-the-top as we expected. EW released the first-look photographs, which include glamour shots of the main cast members.

You can scroll through all of the gaudy pics below, including one of Martin like you've never seen him before. He's livin la vida loca in a white robe with Greek motifs and not much else.

In each American Crime Story season, executive producer Ryan Murphy will focus on a different true crime. This is the second season following the successful The People v. O. J. Simpson.

Adapted from the true crime book Vulgar Favors by Maureen Orth, the Versace story chronicles the designer's murder in 1997. Cunanan shot Versace on the steps of his Miami Beach house after killing at least four other people. He shot himself a little more than a week after Versace's death.

The Assassination of Gianni Versace will likely premiere early 2018.

NEXT UP
Entertainment
FLO Is Headlining Their First US Tour This Spring
Culture
Caroline Polachek In KNWLS & More Party Photos You Missed
Entertainment
Raye Explicitly Speaks Her Mind On Debut Album, ‘My 21st Century Blues’
Culture
Who Won At The 2023 Grammys
Style + Culture, delivered straight to your inbox.