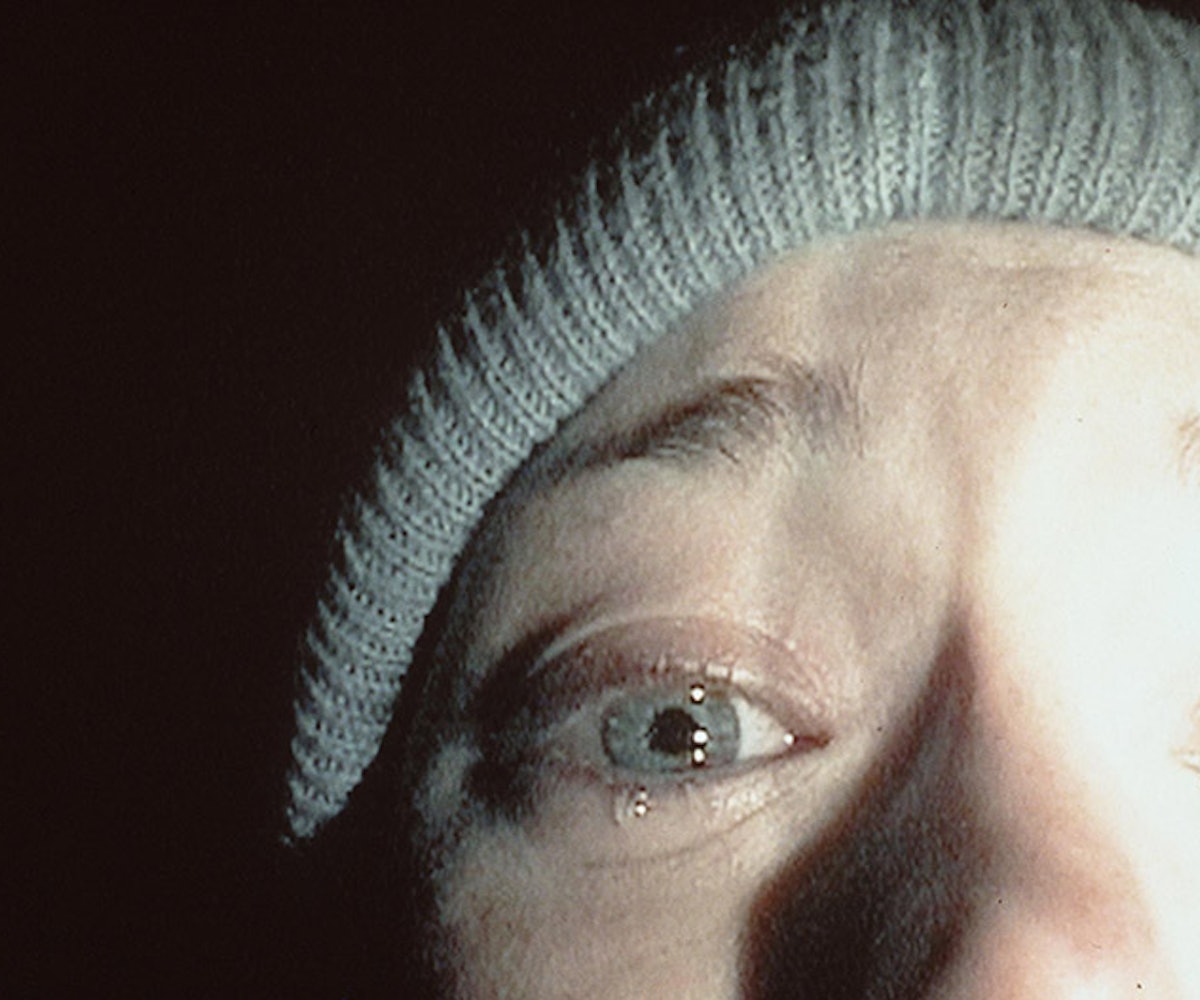 Nothing is original in Hollywood anymore. Even when a project isn't based on a book, play, or "real-life" event, it usually references other movies. (See: critically acclaimed but not yet released La La Land.) This week, however, one of Hollywood's most original stories of the last couple decades, The Blair Witch Project, is getting the 2016 update. This time around, there's a bigger budget and more experienced actors than the 1999 phenomenon. It's gotten decent reviews so far; Ben Travers says it's "downright inspiring" and The Verge says it delivers the same scares as the original and uses similar techniques in order to do so. While, on the one hand, too many similarities could be a problem for audiences wanting innovation over old tricks, but when those old tricks helped make the original Blair Witch Project one of the scariest films to ever be released, maybe that's a good thing.

All of which is to say, having somehow lived under a rock for most of my life and never seen the 1999 movie, I decided it was time to watch all 81 minutes of it.

I watched the movie in my living room on an oddly free NYFW Saturday night. My boyfriend, who hates scary movies and tried to get out of coming over that night, was there, too. He had never seen it either, but we both knew about the movie's ending and all. "Still," I thought, "the story could surprise me." It didn't, but I can see how it would have in 1999 because the internet was so young and found footage wasn't yet a gimmick.

But it's 2016 and the only things that did surprise me were the facts my boyfriend kept spitting out throughout the movie and that I read up on after. Like: The Blair Witch Project is essentially one big (fake) reality show. It is the “true story” of three strangers, picked to go into the woods, make a movie together, and have their lives taped, to stop being polite and start getting real. The entire script was 35 pages long, and each of the three unknown actors was given individual instructions each day, instructions that the directors and producers intentionally designed to cause drama. The production team built the rock formations at night so the actors would wake up and react to them. They played tricks and mind games and even blasted creepy children's voices through a boombox to add new layers of horror.

In its way, it's brilliant because no one knew who these people were and the found footage aspect made it all the more believable. (Apparently, some people actually thought they had all died.) On the other hand, it sounds like total torture for the actors. It paid off, though. The movie raked in $248.6 million. That's crazy for a movie made with a $60K budget. The new Blair Witch opens Friday, September 16. No film can recreate the suspense of the original, but it could come close. Let's hope it'll have audiences screaming out of fear and not something else.

Below, is a selection of my notes taken throughout the film.