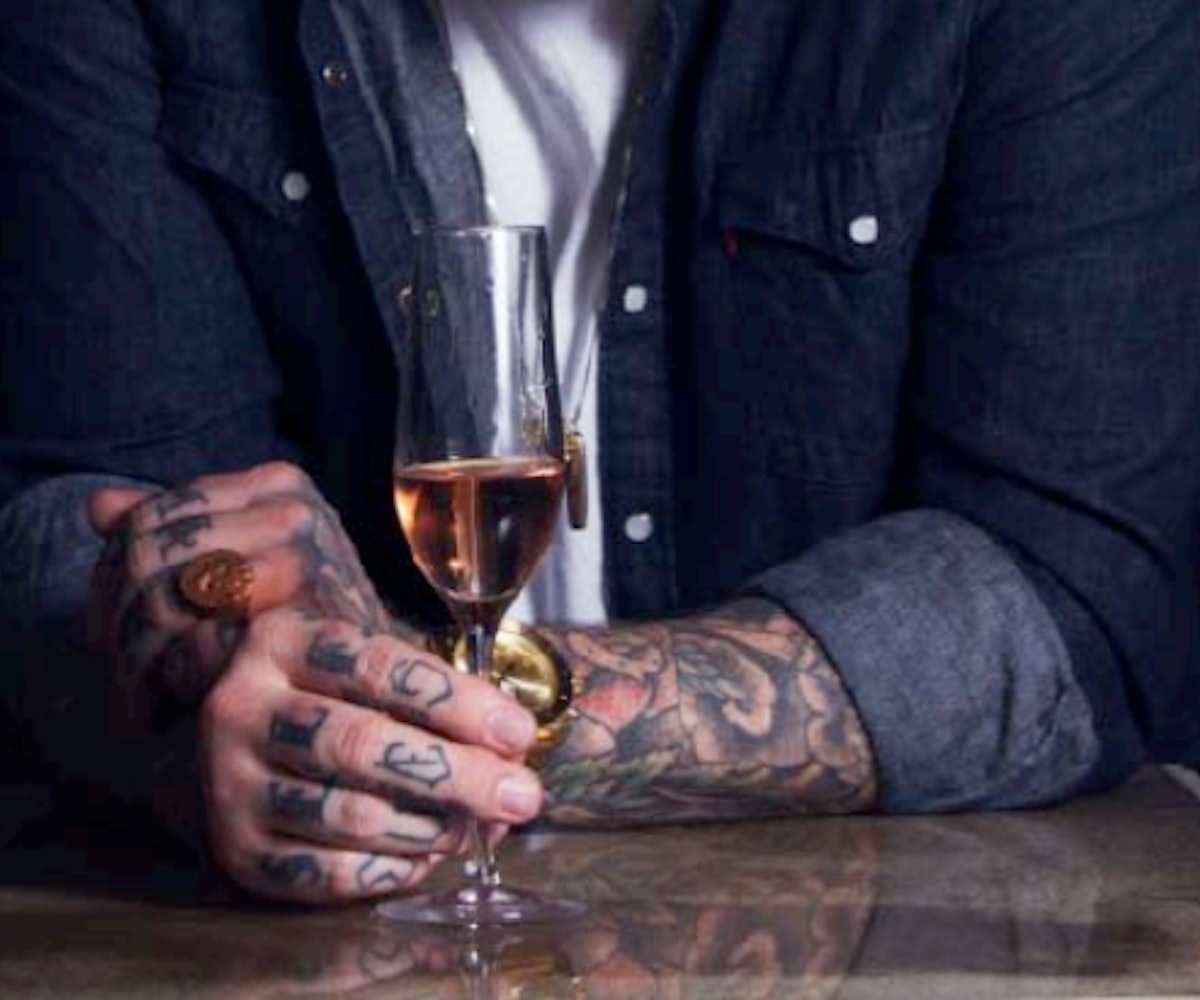 When Rick Ross and his entourage showed up at our offices last summer with a case of Luc Belaire Rosé in tow, we made a mental note to keep tabs on the stuff. Was it just a fad, or the harbinger of a new era in which men order pink bubbly? Turns out, it’s the latter, and part of a growing movement dubbed “the brosé effect.” Don’t believe us? Just do a quick search of #brose or #blackbottleboys (Ricky Rozay’s hashtag of choice) on Instagram.

“I don’t subscribe to the idea that men drink beer and hard spirits, and wine is a more feminine beverage, but I think it has been shaken from the collective mind-set over the past decade,” says Steve Wildy, beverage director for Philadephia’s Vetri Family restaurant group. “When you think about Southern France, there are big, burly farmers, real salt-of-the-earth tough guys, who drink rosé throughout the summer. There’s a real utilitarian reason for it: It gets to be 105 degrees down there, and they would hurt themselves if they drank a big, tannic, high-alcohol red wine after a 10-hour shift. So using the red grapes that they had in the vineyard, they started making these wines that were meant to be refreshing, thirst-quenching, reinvigorating.”

The bubbly version, which shares these crisp characteristics, got some help from well-known admirers such as Roger Federer and Sir Mick Jagger. “There is a very big trend in American sparkling wine as well,” adds Xander Oxman, CEO of Club W, an online wine club. “We’ve had this explosion of prosecco and cava out of Spain that has made sparkling wine more approachable, and created a lot of growth in the category. Rosé has a pretty and subtle quality, kind of like watermelon, peach, and cranberry. Also, you can drink it for a day and your hangover is minimal.” According to Wildy, sparkling wine also pairs very well with food. “If the meal has been big and rich, and you’ve had a couple of really monster red wines, you can sense a little bit of fatigue,” he says. “To have something that uplifting and bubbly at that point in the meal is really eye-catching.” With New Year's eve approaching, here are some suggestions of what to pick up on the way to that party.

MIONETTO CUVEE SERGIO HOMETOWN: VENETO, ITALY AROMAS: PINK GRAPEFRUIT, RASPBERRY, AND BLACKCURRANT “PATRON SAINT”: THE FRUGAL-BUT-POLITE DINNER GUEST FUN FACT: MIONETTO IS THE LARGEST IMPORTER OF PROSECCO IN THE STATES AND WAS THE FIRST TO BRING IT TO THE U.S. MARKET IN 1998.

NEXT UP
Fashion
Meet The Depop Seller Making Belts Out of Tiny Bonne Maman Jars
Fashion
Collina Strada & Vans Team Up For A Chiller-Friendly Collection
Astrology
How to Use Astrology to Access Past Lives
Culture
Phoebe Dynevor Will Not Return for Bridgerton Season 3
Style + Culture, delivered straight to your inbox.