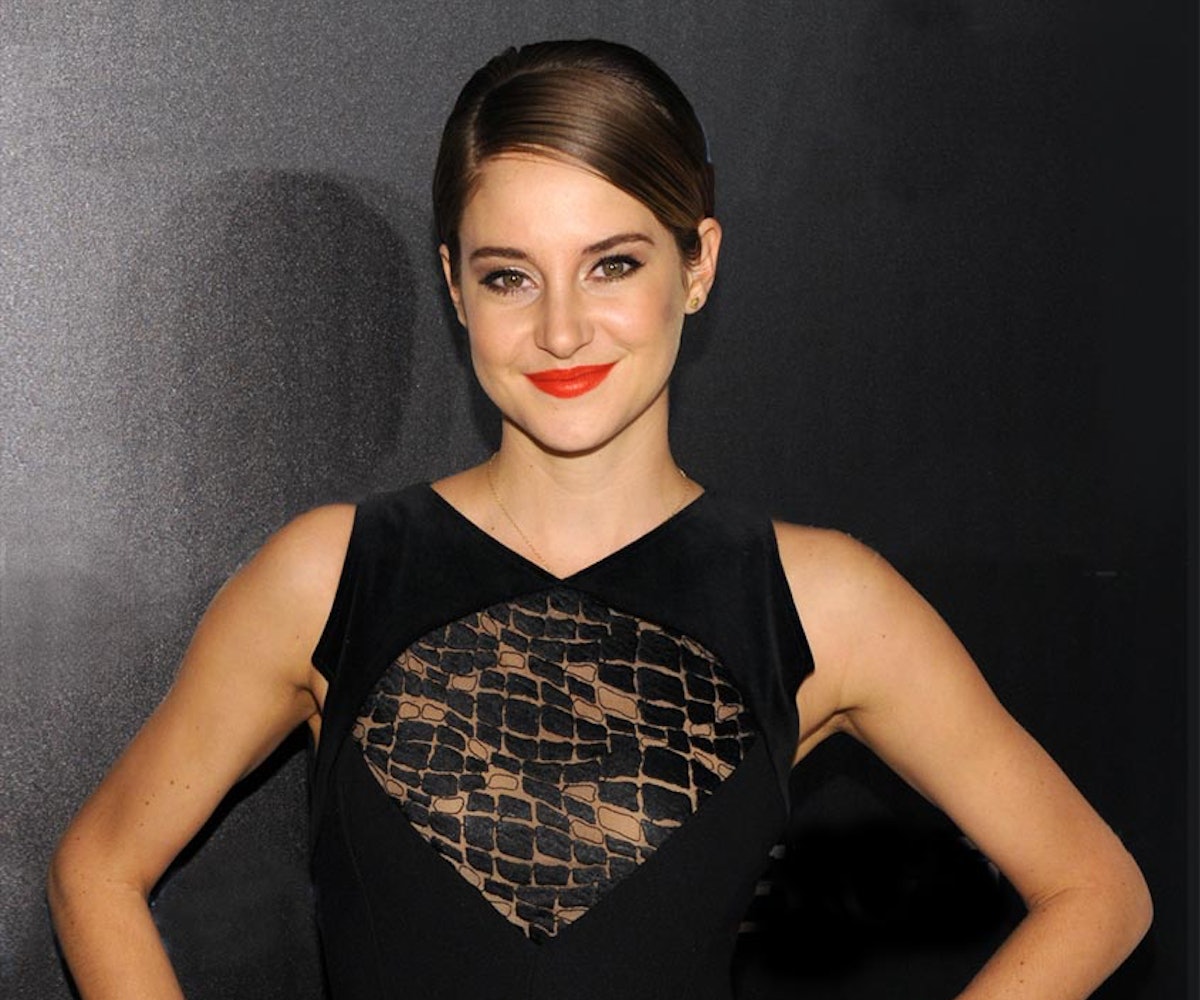 Even though our minds are still totally in Divergent-mode these days (and for good reason!), this new featurette is the perfect reminder that another Shailene Woodley and Ansel Elgort flick is on the horizon…and it’s going to be awesome. We’ve already watched the trailer for Woodley and Elgort’s sure-to-be-tearjerker The Fault in Our Stars, and now a new sneak peek has just landed! See it below, then click through the gallery for more BTS photos. (Collider)

See Kristen Stewart sport fringe, major jackets, and some amazing side braids in her new campaign for Chanel’s Dallas-themed collection in the gallery. (Fashionista)

Finally, we can now all really see what Elizabeth Olsen looks like as the Scarlet Witch in the new Avengers movie, thanks to the first hi-res images from the film. Even though Avengers: Age of Ultron has just begun filming in Italy, at least they’ll tide us over til the first trailer drops.  (NY Daily News)

Every single thing  you need to know about season four of American Horror Story, subtitled Freak Show. For instance, it will take place in Jupiter, Florida, in the 1950’s, and Jessica Lange (her final season!) will star as a German ex-pat who’s running one of the last freak shows in the nation. It revolves around a troupe of characters, including returning stars like Kathy Bates, Sarah Paulson, Angela Bassett, Evan Peters, and Frances Conroy (as “freaks”), as well as Denis O’Hare and Emma Roberts. (Collider)

The Bob Dylan tribute album comes out today! Before you buy it, stream the entire thing—aka, bliss out to rockers like Deer Tick and Blitzen Trapper covering his ’80s tracks— here.  (Rolling Stone)