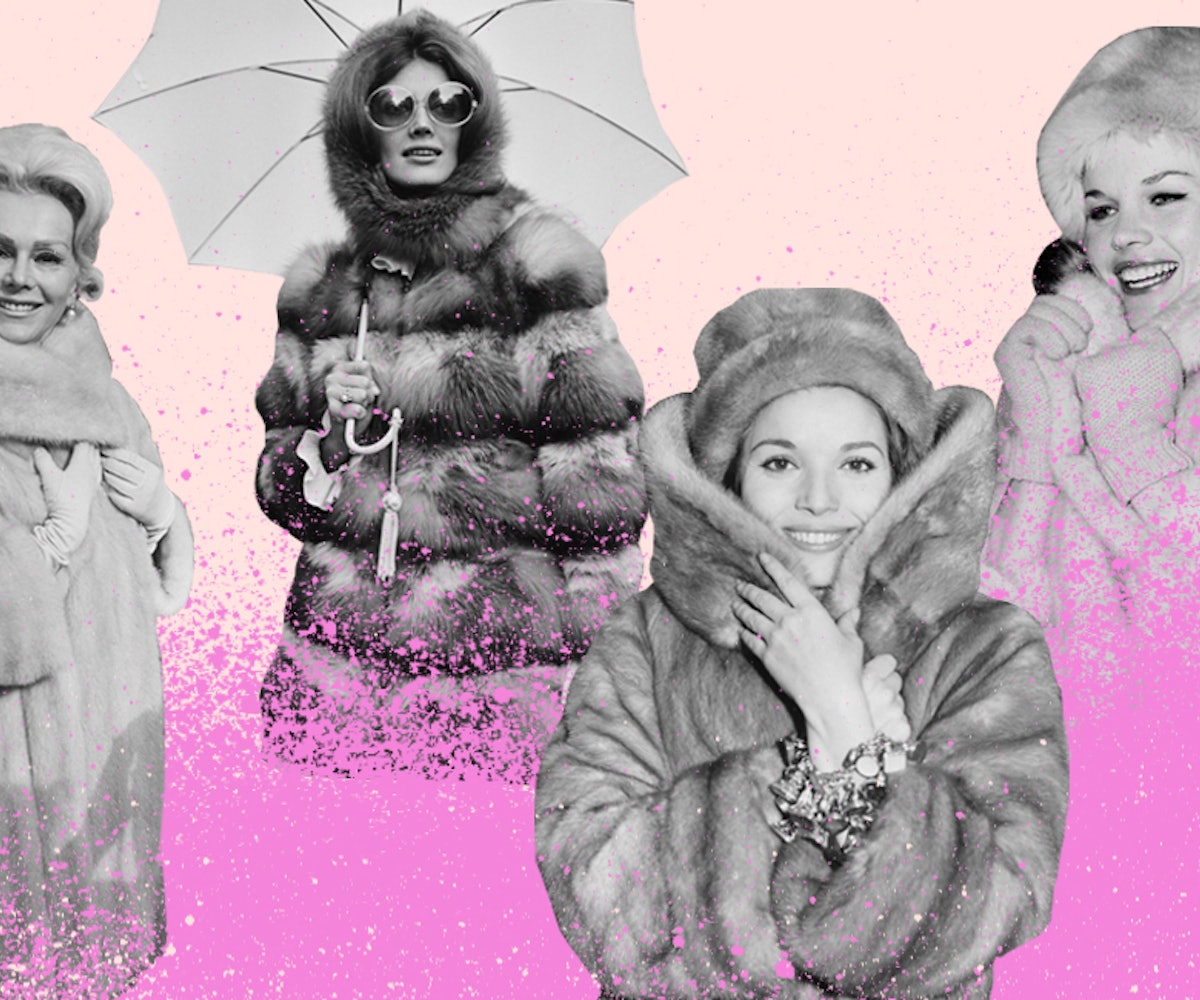 The use of fur in fashion has long been the subject of heated debate, with high fashion brands and animal rights activists battling over its use for decades. Recently, though, the topic of fur use in apparel and accessories has become newly relevant. Despite some of fashion's biggest influencers—such as the Kardashians—still wearing fur, industry stalwarts, like Gucci and Versace, are beginning to change their stance on the controversial material.

Announcing the news during the 2017 Kering Talk at The London College of Fashion, Gucci president and CEO Marco Bizarri explained that “being socially responsible is one of Gucci’s core values, and we will continue to strive to do better for the environment and animals.” He later added that “Gucci is excited to take this next step and hopes it will help inspire innovation and raise awareness, changing the luxury fashion industry for the better." Soon after Gucci’s announcement in December, designer Michael Kors also committed to going fur-free, declaring that the brand would be ceasing the use of fur in collections, phasing out production by the end of 2018.

Just how rapidly moving is this anti-fur sea change? Well, in the weeks since I started reporting this story, which I wanted to write based solely on Gucci's and Michael Kors' decisions, Tom Ford also announced his newfound veganism. And then, following the Paris shows in March, Versace became the next to pledge fur-free collections as part of a larger plan that “centers on Versace’s sustainable initiatives to embrace a more conscious and environment-savvy approach,“ according to the official release from the brand. In an interview with The Economist’s 1843 magazine, Donatella herself was quoted saying, “Fur? I am out of that. I don’t want to kill animals to make fashion. It doesn’t feel right.”

That news broke the same day luxury accessories line Furla announced that it, too, would “abolish the use of animal fur in its collections,” stating that “technological advances in eco-fur material has resulted in compelling alternatives that render pointless the use of real animal fur,” in an official release.

And then, it became more than just big-name runway designers taking a stand against fur—entire cities were joining the anti-fur brigade. Just over a week ago, San Francisco became the largest U.S. city to ban the sale of fur. Days later, London-based modeling agency Linden Staub administered a fur-free policy, stating that it would no longer book talent on jobs in which they model real fur and that its talent would never again be photographed or walk in a fashion show wearing real fur.

With so many designers, companies, and even entire urban areas backing away from fur, what future does it have in fashion? And what are the alternatives?

As could be expected, this anti-fur shift has caused the faux fur market to grow. As more and more designers begin to present faux fur pieces of their own, faux-only brands begin to thrive (and improve). Brands like Shrimps, which was founded in 2013, continue to be a favorite amongst fashion’s most influential, and new brands, like Maison Atia and House Of Fluff, have emerged as contenders to the faux fur throne.

“There is a growing appetite for non-fur creations approached with quality and creativity coming from the customers and the designers. Gucci announcing that they are going fur-free as of 2018, and other major brands introducing faux fur on their runways, only validates our concept of a luxury faux fur brand. Ten years ago, you would have never found the qualities of faux fur and leather you see today, and people are excited to see what they can do with it,” says Gustave Maisonrouge, co-founder and president of Maison Atia. The products these brands produce are just as luxurious and high-quality as ones made from animal fur, minus, you know, being linked to the death of animals.

But simply because faux fur doesn't involve the death of animals, doesn't mean that it's an entirely ethical solution. In terms of environmental impact, some have argued that the synthetics being used in faux fur—especially in the cheaper, mass-produced pieces—aren’t always biodegradable, and thus add to the fashion industry's major pollution problem. However, the faux industry is working toward improving environmentally and becoming more sustainable as time goes on, with companies working to create lab-grown fur, along the same lines as lab-grown leather, or fur out of more environmentally friendly materials.

And then there are those who say it's possible for fur to be raised "ethically," meaning that the farms on which animals are raised for their pelts will be regulated, with animals allowed to roam freely and the waste from the farms turned into biofuels and fertilizers. It's akin to the difference between organically and commercially farmed meat, but at the end of the day, that animal is still giving its life to become a part of a coat or the trim on a hood, so the ethics of it all are pretty muddled.

And it's this reality, that an animal will give its life solely to become a piece of clothing (as opposed to leather, which typically comes from animals also used for meat), that guarantees that the stigma against real fur will always be there. And for today’s ethically conscious shoppers, especially the younger set, that's a huge, perhaps even insurmountable, problem.

Sustainable and ethical fashion is booming, thanks in large part to younger shoppers who treat sustainability as a key factor in purchase decisions. Where does fur fall into this? It doesn’t, really. In fact, according to the popular millennial polling site Tylt, 81 percent of online voters believe that wearing fur is cruel.

I decided to use social media crowdsourcing to find what others in my age group felt—and the responses were pretty telling. A vintage shop owner with a mostly millennial customer base told me that her customers have a huge issue with the buying and selling of fur, citing that she lost over 100 followers on her store’s Instagram page after posting a photo of a model wearing real fur. A buyer at a large off-price retailer stated that, for 2018, she chose to only purchase faux after a real fur buy in 2017 resulted in a slow sell-through and much of the merchandise getting marked down.

The general (if anecdotal) consensus among my social media connections was clearly anti-fur unless it was faux, with the sole exception being that some people are okay with wearing used animal fur found in a thrift or consignment shop or from family hand-me-downs. Whether or not they’re completely opposed to it altogether or just don’t feel right buying something new, the demand for new animal fur is not what it once was. And with low demand for new fur, will the fur farming industry continue to survive as it is now?

It's hard to know for sure, but we can be relatively certain that there are more changes to come—and that those changes will be tailored to the shopping habits of the younger, ethical- and sustainability-minded customer. “As more cities and countries pass legislation banning fur sales and production and more companies go fur-free, alternatives will continue to improve and become more environmentally friendly. Innovation and biofabrication—using cells to grow fur in labs—will make the fur trade obsolete,” says PJ Smith, a representative from the Fur Free Alliance.

This is one trend we don’t see going out of style anytime soon.