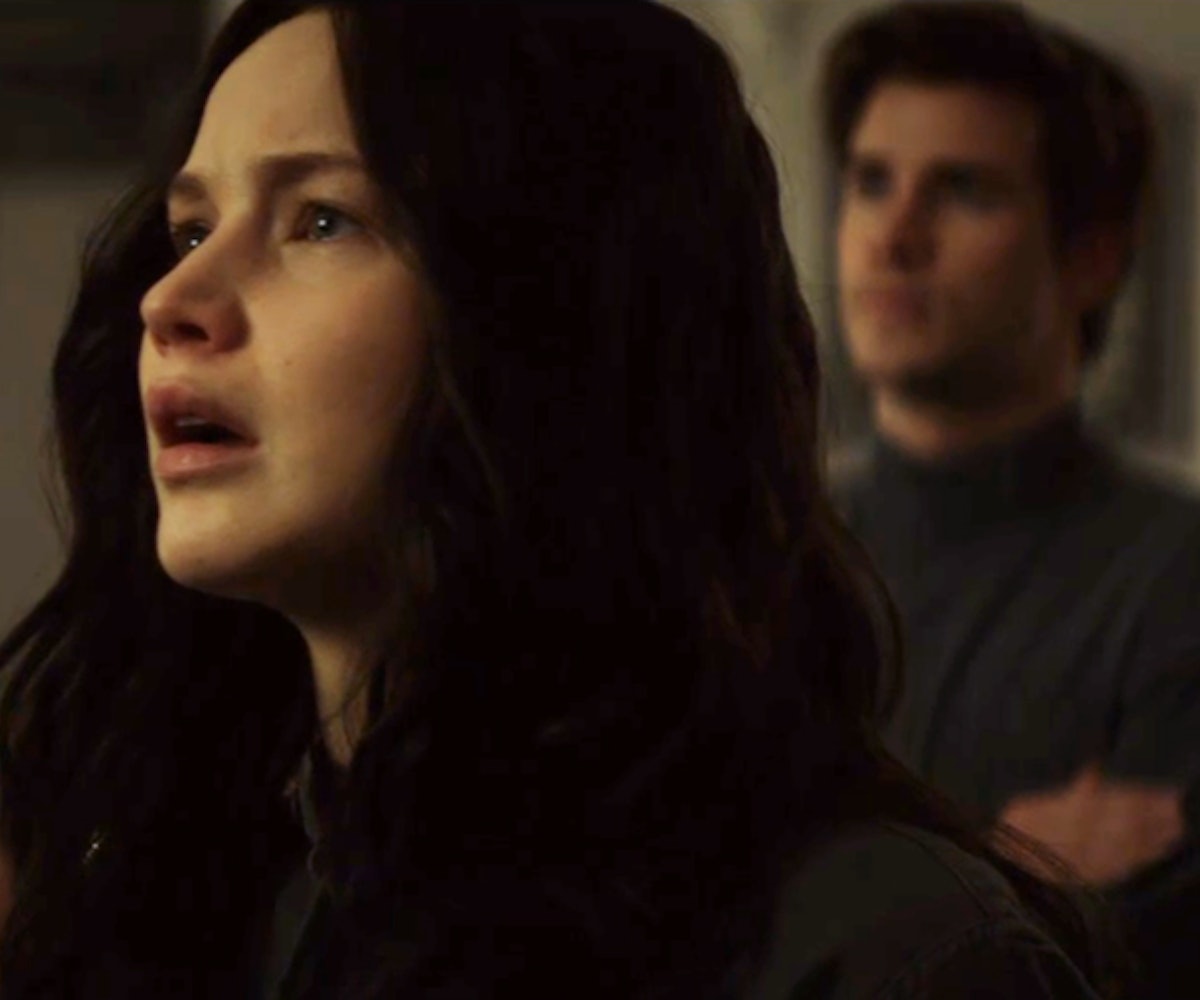 If you’ve read The Hunger Games series, or have watched any of the one zillion trailers for Mockingjay, Part 1 that have been released over the last few months, you’ve probably by now found out that Peeta Mellark is, in fact, alive. When the last installment of the film series ended, we were all left “bewildered” over the fact that Katniss Everdeen had no clue if Peeta had made it out of the second Games. In this first official clip from the film (out November 21) Peeta’s survival is confirmed, and we see Katniss’ reaction to finding out that the on-screen (in Panem) love of her life is still alive.