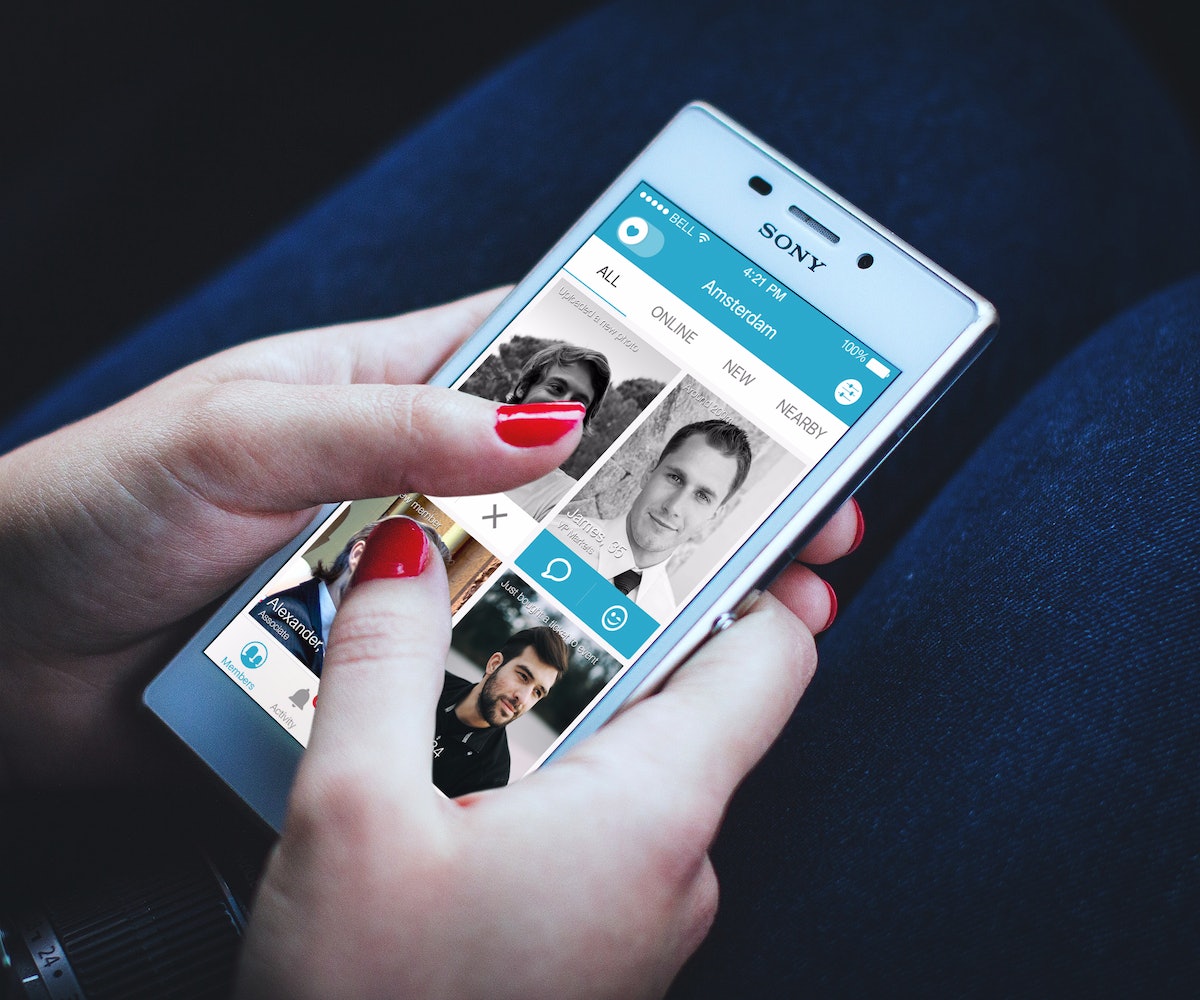 Photo Via The Inner Circle.

When David Vermeulen got out of a long-term relationship and started exploring his online dating options, he was less than impressed. “The problem with these websites is that they are impersonal and too concerned with amassing quantity over quality,” he says. Instead of sucking it up and dealing with the cards the internet dealt, like the rest of us single folk, or going the other route and meeting people IRL, he decided to merge the two concepts and create an app where interested individuals could meet initially online, then off.

Launching first in Amsterdam in 2012 before expanding to European cities like London, Paris, Berlin, Stockholm, and Barcelona, Vermeulen’s The Inner Circle is now making its way to the Big Apple. We can see the skeptical eye rolls from here, like, "Cool, another dating app to take up space on your phone." But unlike Tinder, Coffee Meets Bagel, and Bumble, where pretty much anybody with a phone and/or a Facebook can sign up, the Inner Circle screens prospective members before allowing them to join. It takes into account variables like age, sex, education, and social network analysis (you can connect via your LinkedIn or, yes, Facebook).

“There are plenty dating apps out there catering to the masses,” Vermeulen says. “We, however, found that dating becomes more efficient in a close network of like-minded people. Relationships tend to have an easier start when you have a couple of friends in common, enjoy similar places, and understand each other’s lifestyle.”

Once you register, you’ll be notified via email a couple of days later whether you’ve been deemed worthy a spot on the app. The number of people that can join is fairly large, but, in various parts of Europe, the waitlist is almost as long as the approved members—it turns out, the road to love is an exclusive one.

The setup of the site isn’t too far off from Tinder: You have a profile where you can upload a picture, list your favorite cities, what you like to do in your free time, and include more intimate details like your job title, education, height, body type, and whether you smoke or not. Also similar to Tinder, on the homepage, you’re prompted to hit “like” or “next” on images of prospective lovers. If you get a match, you can start messaging them. You can also see who’s viewed your profile, or creepily “winked” at you (the equivalent to a poke on Facebook) if that’s your thing.

The main difference from other apps: The Inner Circle encourages you to meet up with members. If you’re not fond of “liking” or “nexting,” you can option to meet up with a member of your choice. If you’re interested in going out on a date or getting drinks, coffee, or dinner, you can select from other prospective lovers who are also down. To help encourage even more face-to-face interaction, the Inner Circle also hosts monthly members-only parties at luxe venues around the world.

There is one caveat if, and only if, you’re approved for the app: In order to view your messages, winks, or matches, you have to register two friends or buy a full membership, which costs $5 a week. That’s $260/year if you’re doing the math. But Vermeulen says it’s worth the money, seeing as how successful members have been with love. He tells us that 2,200 members have found “the one” through The Inner Circle. The company also has a wall in their Amsterdam office with baby announcements on it, and even one celebrity couple met on the app. His lips are sealed as to who, but, he exclaims, “maybe one day they will share their story!”