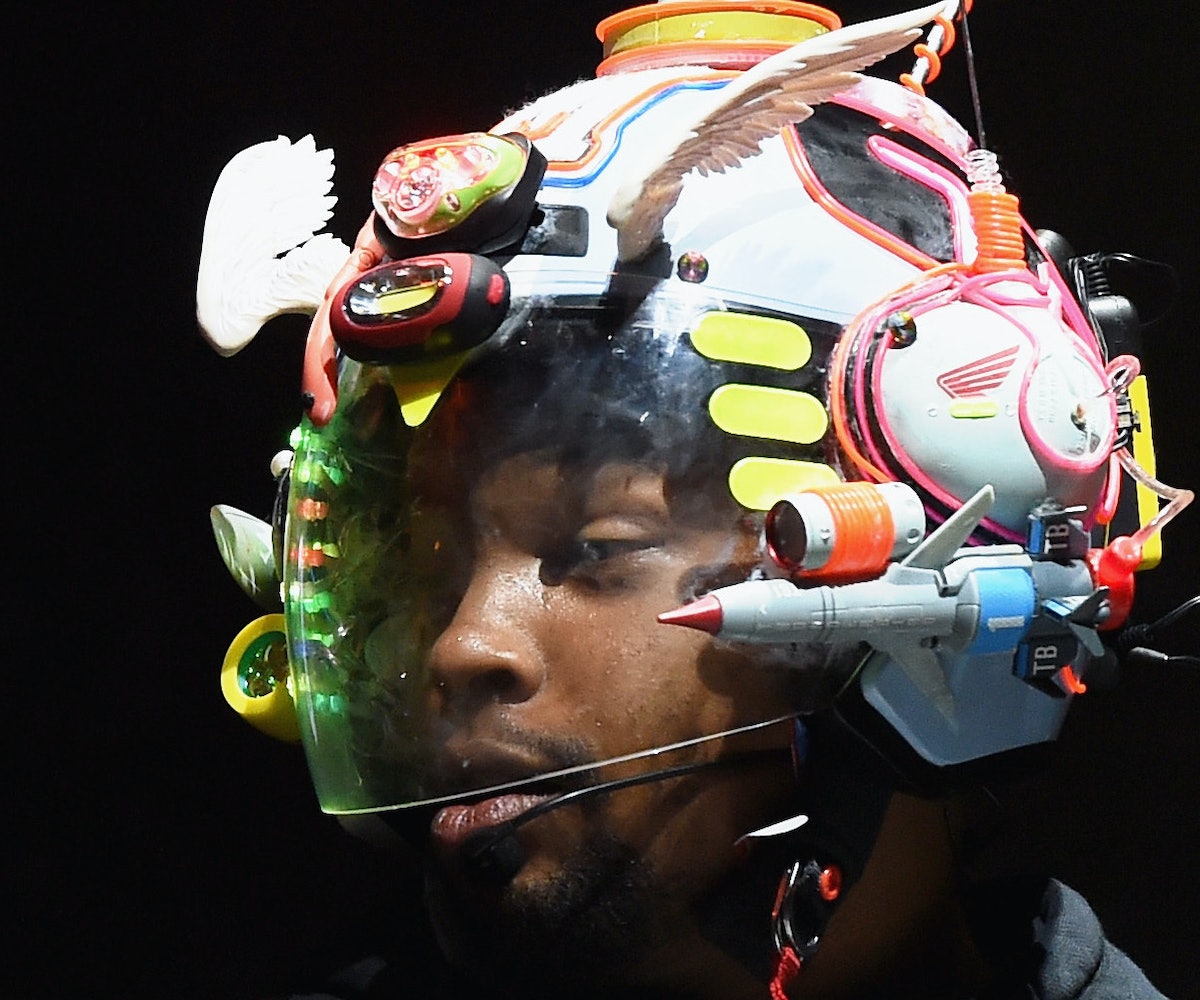 Founded by Odd Future members Syd and Matt Martians in 2011, the group also included members Patrick Paige II, Christopher Smith, and Steve Lacy. However, after the release of the Grammy-nominated album Ego Death in 2015, the band went on a temporary hiatus in an attempt to find themselves as both individuals and artists. What resulted were several different, critically-acclaimed albums, which Martians says completely reset the band for its fourth full-length studio release, Hive Mind.

“You have to let people fly and find themselves and they realize where they came from is really where they learned everything,” Martians says over the phone, explaining that, if anything, the temporary separation made the group even stronger than before. We spoke to him ahead of Hive Mind's release to find out why he believes slow and steady is the true way to win the race and what it's like to act as the band's big brother. Read our Q&A, below.

Tell me about Hive Mind and what you were trying to achieve with the record.

With this album, we wanted to just follow up strong with Ego Death. We really didn't have a direction, we just knew we wanted to put out something that would hold up, or be even better than Ego Death. We had a natural progression of really coming into ourselves, doing the solo albums, and learning about what we all can do as individuals.

I feel like it's the opposite of what a lot of people think of when people find themselves individually. 'Cause then they break up. A lot of times you have to let people fly and find themselves and they realize where they came from is really where they learned everything. They appreciate it. So, that's what we're trying to do. We're trying to show that you can be a real band and be an individual at the same time.

What would you say is the biggest difference between Hive Mind and Ego Death? How have you guys grown since?

I feel like, musically, we understand song structure a lot better. I feel like we definitely kind of ran from certain songs, because it got to a point where we would switch the beat up. I feel like, with this album, we really lived with a lot of the grooves. And then rode them out—to see where they went. So I think that was the biggest difference from Ego Death. This one is a lot more fleshed-out than Ego Death. Ego Death was more of an experiment, and this one was made because we had the ingredients for this crazy, crazy dish that nobody else had. We finally got the perfect amount of song spices to make it.

"Come Over" is one of my favorite songs of the year. We even put it on our Best Sex Jams of 2018 list.

Why do you think resonates with so many people? Did you imagine it being a sultry sex jam?

When Syd writes a song, she's writing from very personal and real stories. It's a very relatable song. It can mean anything for anybody. I think everybody can relate to wanting somebody to come over and hang out with them. But I feel like that's what we try to do [with all our songs]—we try to put very relatable content on top of very complex beats.

What was something that changed for you about the beat-making process for this album?

Boundaries—not having them. I know a lot of people have different ways they start [a song]. Like, I always start with a drum beat or I always start with the bass line. But a lot of times, me and Steve, we’d start these beats with no real direction. We’d just start whatever, playing around. A lot of the songs that made the album started off as jokes. We were just joking around, and then Syd would come in the room and be like, "No, that's actually tight."

Sometimes we feel like we have to have a certain template to do things. But once we break out of that template, we break new ground, and we find new things that we never would have found unless we kept ourselves open.

Speaking of Syd, what's it been like to kind of watch them blow up?

It's beautiful. Because like I said, seeing people that you know is... These are my brothers. My brothers and my sister. So it's just cool to watch them grow, but still be the same people with the same values. It's really beautiful, because I see a lot of people change within these circumstances, especially like with Syd being so young. For them to have such an old soul and a wise approach to decision-making is really beautiful to see.

What's it like for you to be the oldest member of the group though? Do you feel like everyone's dad at times?

More like the older cousin or something. Like, the young uncle. But it's weird, me and Syd have an interesting dynamic. I would call Syd my little big sister because sometimes she's my big sister, who’s like, “Matt, tighten up.” Then sometimes I'm there for her, helping her understand certain situations that she may not understand.

So, that's the cool thing. We have a really cool yin-yang situation. A lot of times, Syd is like the big sis, and sometimes I have to be the big brother. I've been through a little more than everybody else. Even though the age difference isn't super-crazy, I've traveled across the country and lived in L.A. I kind of had to stretch myself a little thinner than everybody else, so I have battle wounds. But we both went through the Odd Future process, so...

Just out of curiosity, as part of The Internet, what are some viral trends that you can get behind right now?

I don't use any social media. None of us do. Me and Syd don't have Instagram or Twitter, so we don't see nothing.

We basically were like, “If our careers are based on a follower count or clout on a website that can be deleted tomorrow, then we don't want it.” If we get off the internet and [there goes] our careers, then we never had a career. And we are The Internet. You Google “the internet,” and the two names that come up are me and Syd. Like, literally before the internet’s Wikipedia page, it’s me and Syd's name. I was like we don't have to be on the internet, because when you Google the actual internet, we come up. So what’s the point?

That's like really surprising to me. Again, because of your moniker.

It goes deeper than that also. I feel like we process things as a society too fast now. I feel like we used to process things a lot slower and that's why we enjoyed things a lot longer—why even albums lasted a lot longer. I feel like we're forced to consume now. To have an opinion. Forcibly consuming, but it’s an unnatural process. Back when you were a kid, you wouldn't see a movie until a year after it's out until you went over your best friend's house. Now, people see things just to have an opinion on it. And then they want to consume, consume. To the point that they don't appreciate things in a natural process.

I feel like we wanted to go back to processing things how they really are supposed to come into our lives—as opposed to feeling like we have to do something or have an opinion on it.

Yeah, it's exhausting, too.

Right? There’s always an opinion, and you're never living in the present. We're never living in the present moment, I noticed. You either are looking at old tweets or you're thinking about what you're about to tweet. You're never just thinking about how you feel at the moment. I just felt like, mentally, our generation needs to turn around. I feel like that's why there’s a lot of depression going on. I know it's other things, but I feel like because it's not natural to hear [all this feedback—good and bad]. You know what I'm saying? I feel like you have to process things naturally.

Like I was street today, somebody ran up on me and gave me a high five, [and went away]. Like, "You're the dude from The Internet, that's tight." I like those type of interactions. I'd rather have that than hear a bunch of people that just want to [get a rise out of you]. Or who either make you have a huge ego or be super-depressed. It's just not healthy.

The Internet’s Hive Mind is out July 20.