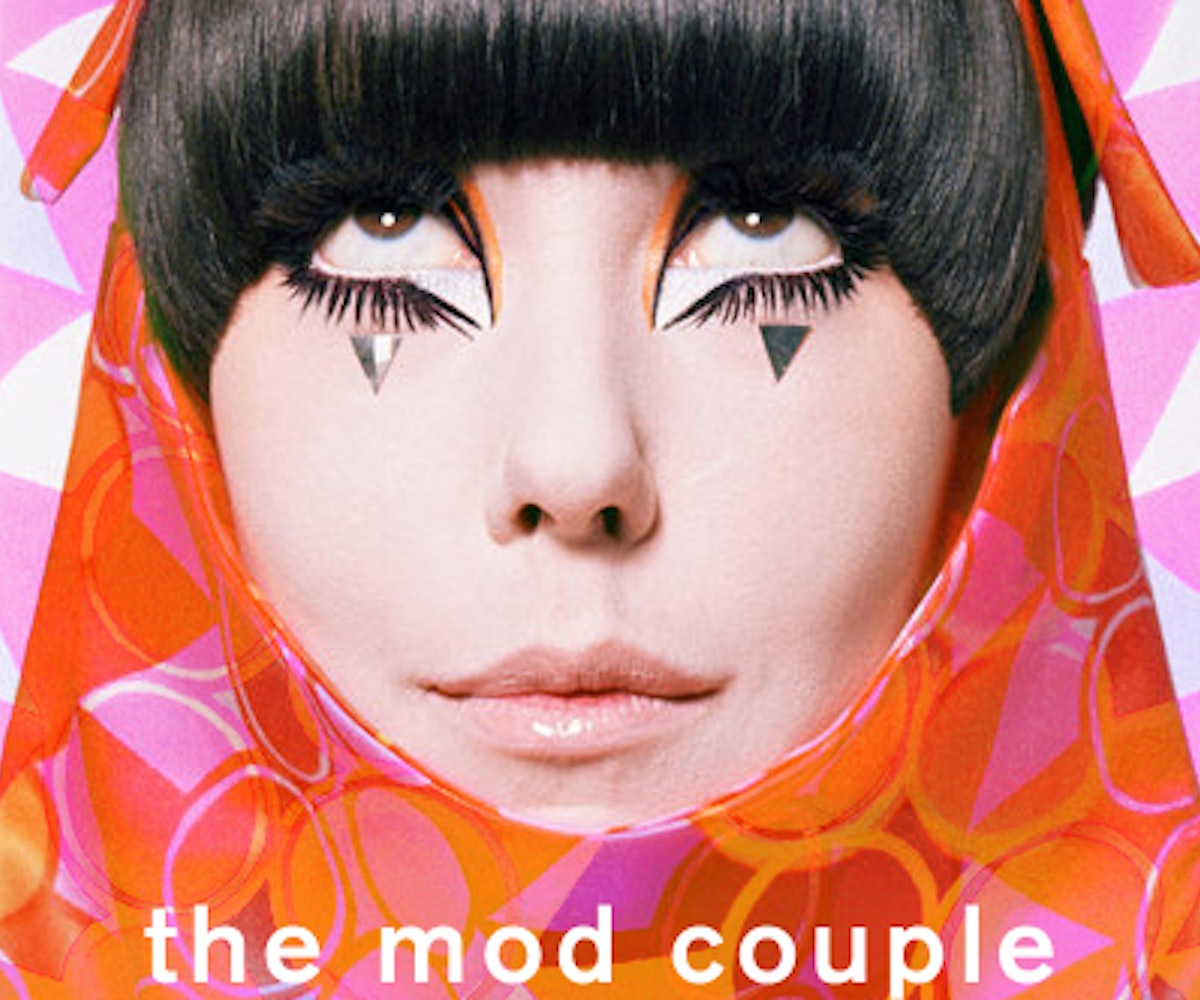 The mod movement of the late 1960s has many roots in London, but America also contributed to its rise, thanks to several homegrown muses and artists. Among them were California native Peggy Moffitt, a model whose Vidal Sassoon haircut and kabuki-inspired eye makeup took over for Edie Sedgwick's signature look when the Warhol muse began her descent into drugs. Moffitt was often called "The American Twiggy" and appeared in New Wave films like Blow Up and Qui Etes-Vous, Polly Magoo? Get Blow-Up for $6 Through her work, Moffitt developed a lasting artistic partnership with the clothing and graphic designer Rudi Gernreich, an Austrian transplant whose "monokini" - a topless bathing suit - became a symbol of fashion's new avant garde movement. Less publicized but maybe more prophetic were Gernreich's colorblock ensembles and digitized floral prints - a precursor to the current influx in "futurized floral" patterns from Proenza Schouler, Jason Wu, Erdem, Mary Katrantzou, and pretty much every fast fashion chain on the planet. Remember when Dianna Agron went mod for our NYLON cover? Now Moffitt and Gernreich have their own exhibit at MOCA called "The Total Look," which showcases their collaboration, and the contributions of photographer William Claxton (who was also Peggy's husband). Among the items on display are Claxton's photographs, Gernreich's original dresses, and a film called "Basic Black" which isn't really that basic, and has Moffitt and friends dancing across the screen in crazy / fabulous outfits. The show runs through May 27 at the Moca Pacific Design Center, but if you can't make it, keep scrolling: We've got Basic Black in its entirety embedded below.

Get all the info at MOCA.org