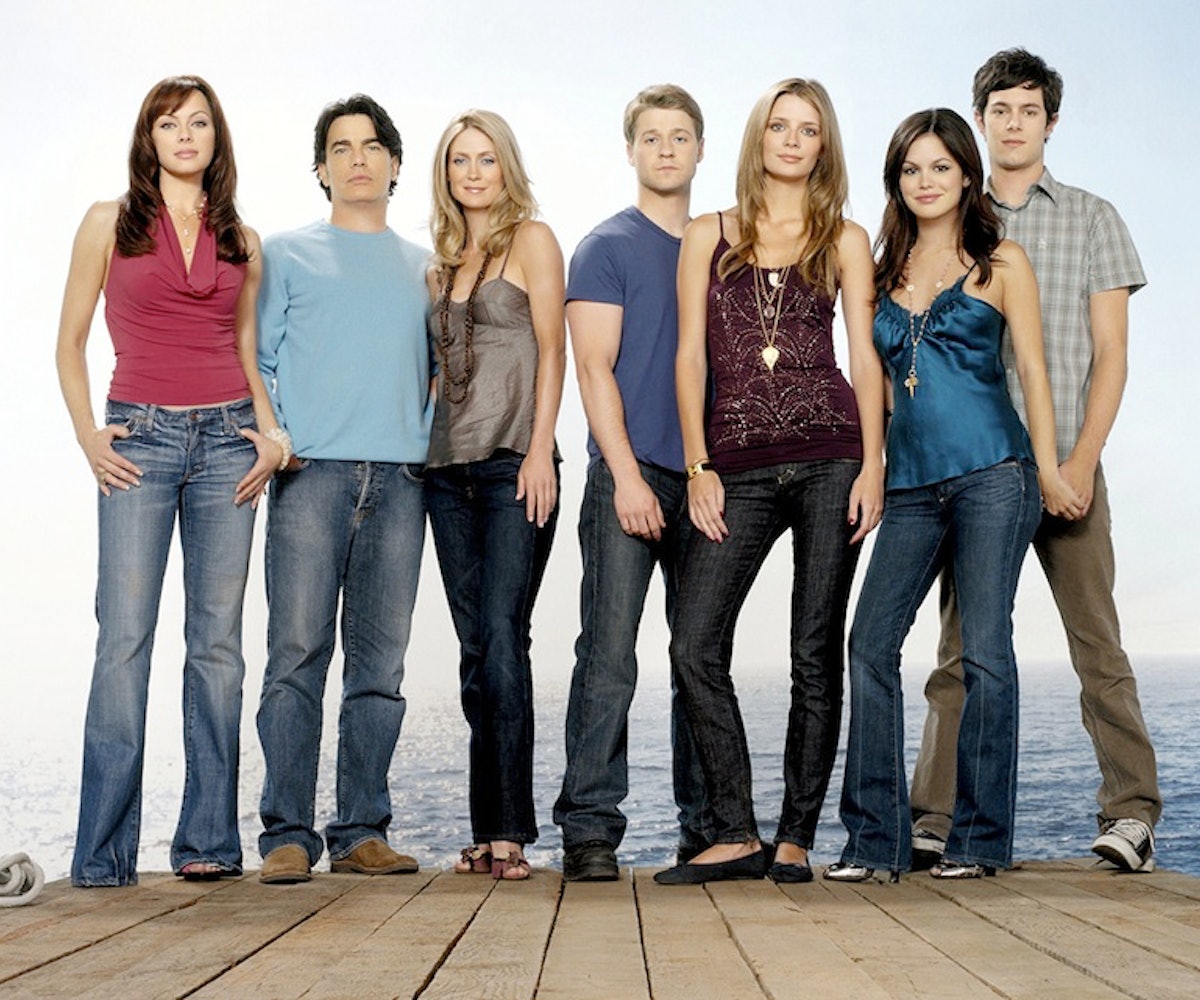 We didn’t think it could get any better than Cruel Intentions: The Musical, but we were wrong. It turns out that the same creators are producing a musical adaptation of The O.C., the 2003-2007 Fox TV series where we first fell in love with Adam Brody, Mischa Barton, Rachel Bilson, and Ben McKenzie.

Before you also start asking about whether or not Marissa (Barton) gets back together with Ryan (McKenzie) or Sandy (Peter Gallagher) has a ballad about bagels, be warned: They’re still keeping things under wraps. They are, though, taking to Twitter to create some buzz around the new project. Director Lindsey Rosin and producer Jordan Ross dropped some hints with a photo of lyrics for the song “Paint the Silence.” Any of you dedicated watchers remember that song playing in season 1 when Ryan and Marissa smooch at the fair? We do.

They don’t tell us who is singing the song or why, but we’re all about it. So far, there haven’t been any casting announcements or plot clues, but we have some ideas of our own. There definitely has to be a tap number about Chrismukkah, a West Side Story-esque fight scene with Ryan, and of course a new bad boy. Oliver, Trey, and Volchok were great—but we’d love to see someone new for the stage. Is Ezra Miller available?

The show doesn’t open until August 30th and there's still no accouncement as to where. Let’s hope there are more details revealed via Twitter in the meantime. Until then, we only have one question: Are they doing pre-sale?

NEXT UP
culture
Anna Delvey Is Getting A Reality TV Show
Beauty
No One Does #PamCore Beauty Better Than Pamela Anderson, Herself
Fashion
Collina Strada & Vans Team Up For A Chiller-Friendly Collection
A Night Out
A Night Out With Rachel Bilson
Style + Culture, delivered straight to your inbox.