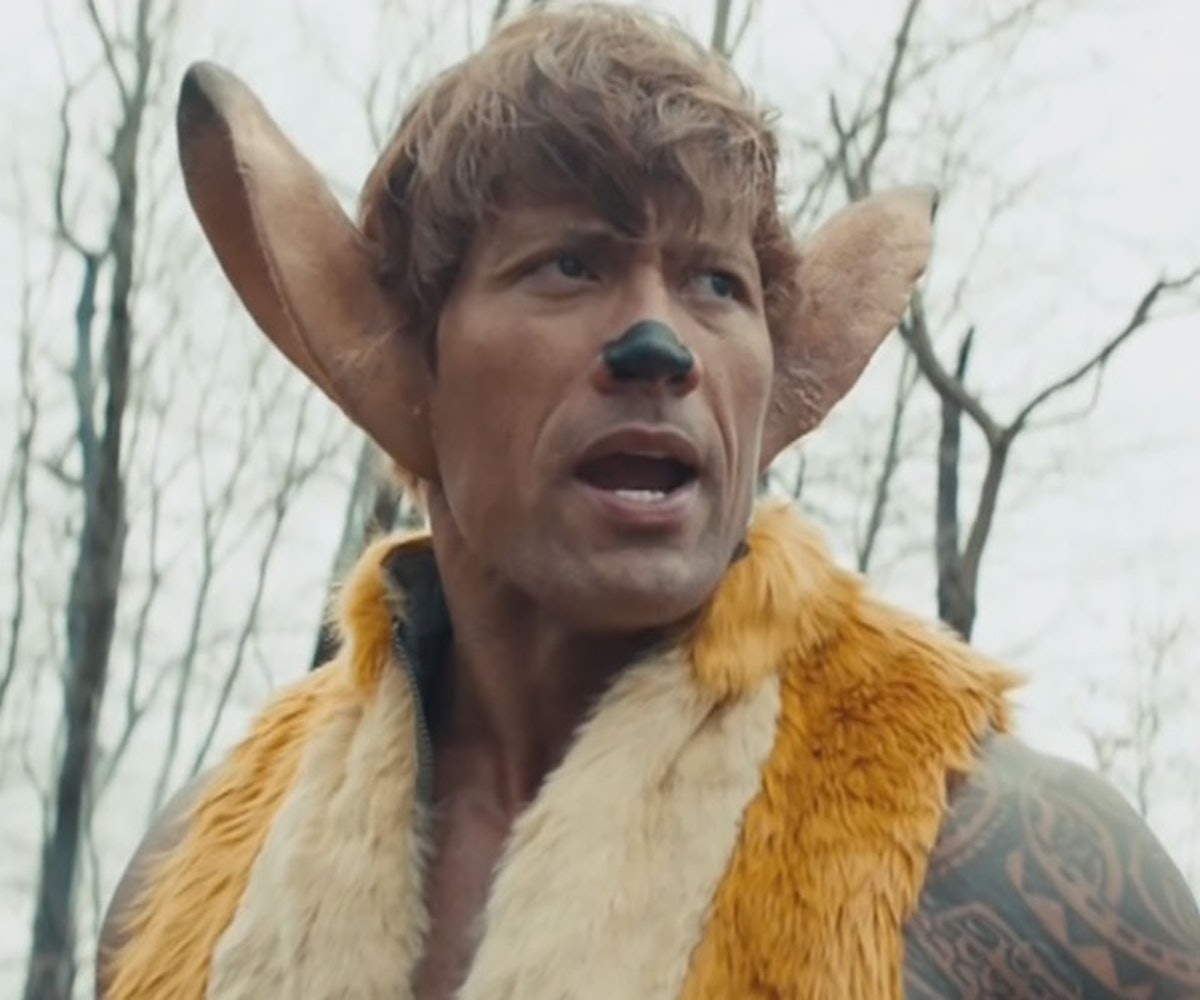 To celebrate Furious 7 zooming into theaters next weekend, Dwayne “The Rock” Johnson hosted SNL last night, and it was a given that they’d parody the nitrogen-fueled franchise. We just didn’t think they’d do it by casting Johnson as everyone’s most-beloved animated deer. As a riff on Disney’s recent trend of remaking their classic animated movies, The Rock transformed himself into an overgrown, trigger-happy Bambi for Disney’s “biggest remake yet,” Bambi. In it, Bambi is out for revenge against the hunters who took his mother’s life, and is set out to make sure they “pay deer-ly”. Har har. Taran Killam shows up as Thumper, delivering an A-plus Vin Diesel impression, and Cecily Strong and Jay Pharoah hold their own as a Disney-fied Tyrese Gibson and Michelle Rodriguez. So when does this thing come out?