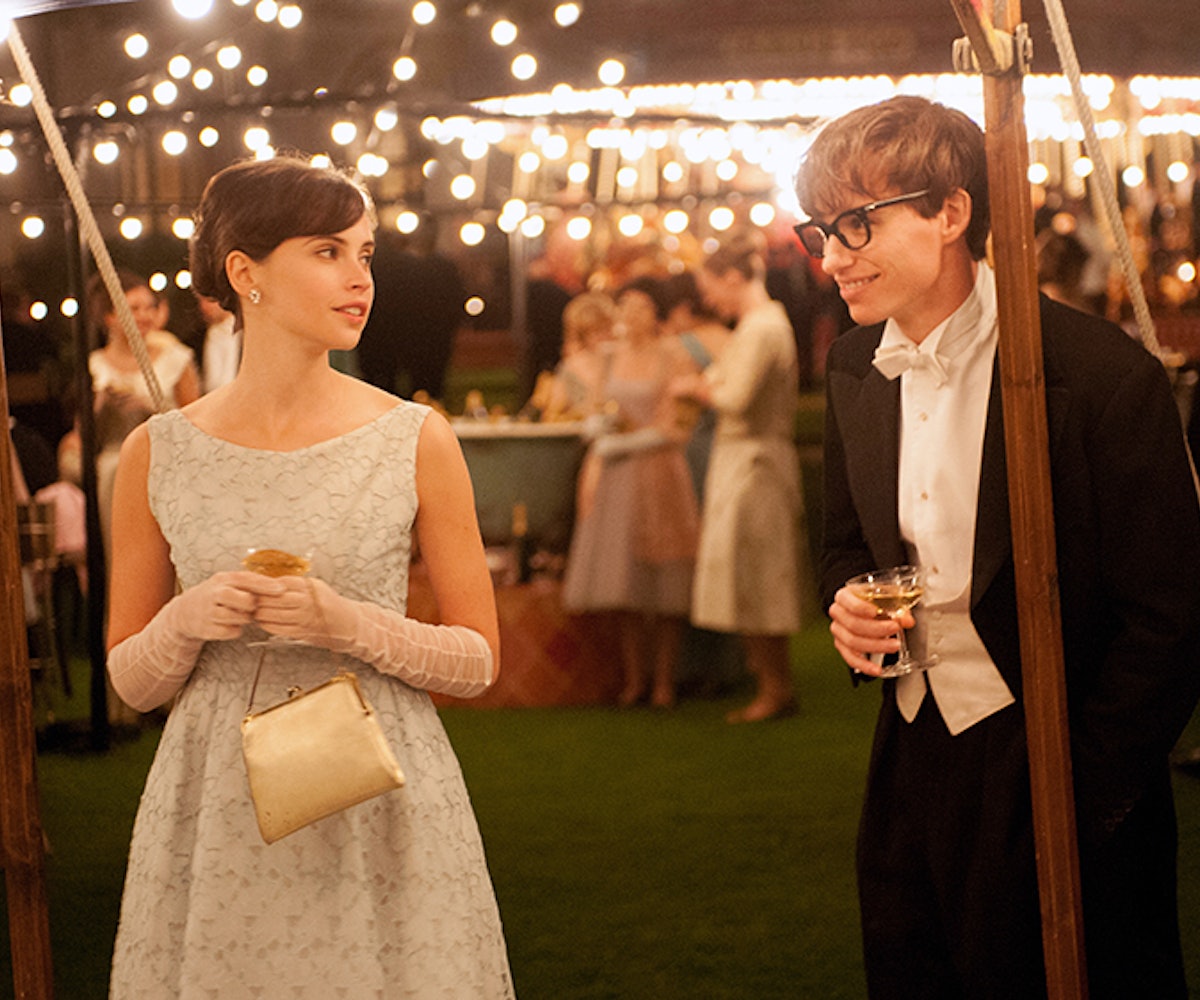 The perfect fall film, with all the makings of an Oscar darling (a drama based on real-life with an incredible cast, unreal imagery of the galaxy, and major "hope" and "lesson learning"), has arrived. The Theory Of Everything, a new James Marsh film, comes out November 7 and traces the life of author and theoretical physicist Stephen Hawking—inspired by Jane Hawking's book Travelling to Infinity: My Life with Stephen. The flick took the Toronto Film Festival by storm, and critics are already guessing that Eddie Redmayne, who plays Stephen Hawking, will be nabbing a golden man of his own.

The first we heard of the film was earlier this August when the original trailer was released. While we learned that the film would highlight a magical love story, the history of iconic cosmologist Stephen Hawking, and general thoughts about science in the 1960s, what this second trailer brings us a deeper look into the relationship between the characters and the story of Hawking's life.

Not only does this trailer come with a glow-in-the dark dance party, imagery of all the universe's stars in the night sky, a British romance, 1960s attire, and a performance from the always-adorable Felicity Jones–but it also comes with a moving song ("Heavenfaced") from indie rockers, The National.

The film itself follows the struggle of a brilliant mind faced with a motor neuron disease through cinematography that will infuse any gray November sky with the magic and color of the universe.