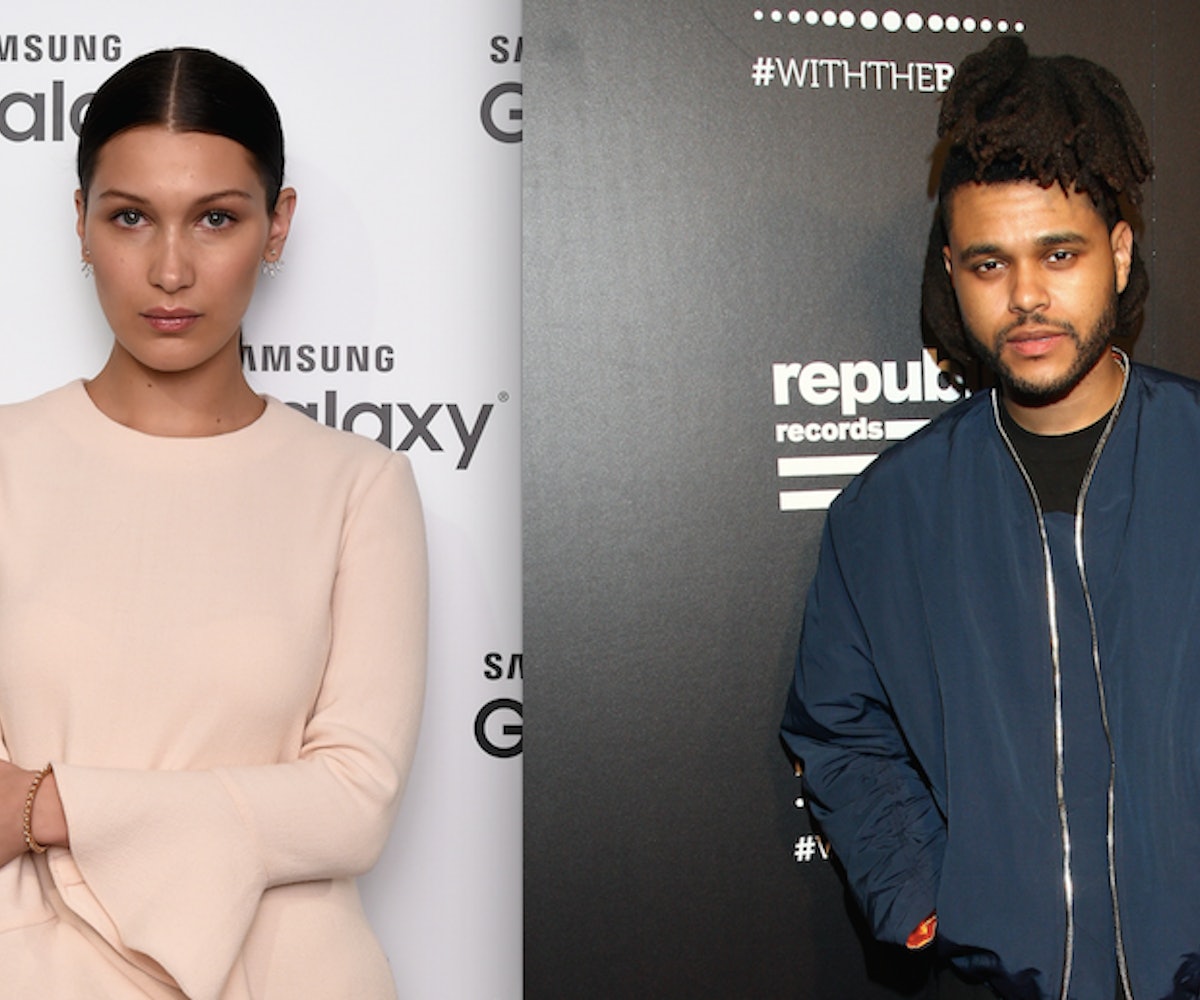 Abel Tesfaye (a.k.a., The Weeknd) and Bella Hadid have stayed relatively off-the-radar in terms of their relationship. While loyal fans may have known about the romance, the general public was pretty clueless about it until last night.

The singer and model Hadid were spotted leaving a nightclub in New York City, and the two were holding hands—the sign we've all been waiting for to confirm that the relationship is indeed happening.

Until now, the hints about their relationship were subtle and a little more cryptic. Back in June, Gigi Hadid caught the media's attention when she called The Weeknd her "brother" on social media, but this is the first very obvious, see-it-to-believe-it evidence of the budding romance between the model and the singer. Here's to hoping this first public display of affection leads to many more.