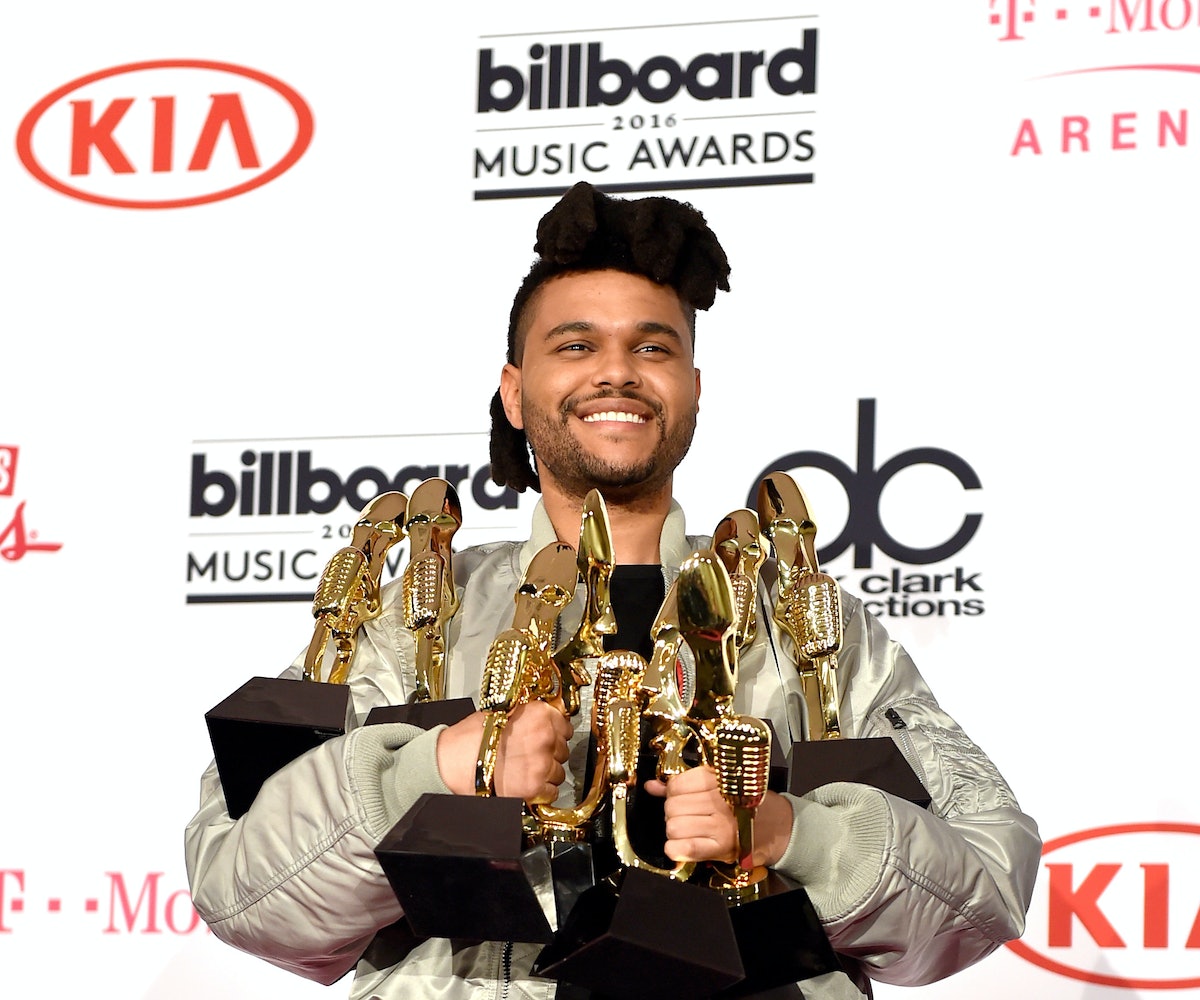 Donald Trump made an appearance on Jimmy Kimmel Live! last night to promote his upcoming album, Make America Great Again. But in a show of how loathsome a figure the presumptive Republican nominee is, The Weeknd canceled his scheduled performance on the same show in an act of protest. The Weeknd was going to perform the hit "Might Not" alongside his XO signee Belly, but the two pulled out because the idea of sharing the same stage with someone whose views on race are so problematic was more than they could stomach.

"I feel like the way I was raised was to be able to see through all the titles in this world — from religion to race," Belly said in a statement. "I just didn't want to feel like I was a part of a celebration for somebody who has beliefs that majority of us don't agree with." While we wouldn't necessarily call Trump's appearance on Kimmel's show a "celebration" of the candidate—Kimmel did ask him tough questions—it's understandable to want to distance yourself from a man who's said some of the things Trump has. Belly, who is Muslim, took specific offense at Trump's attacks against that religion. "For me, being Muslim and being somebody that appreciates my access here in America, I love the fact that I’m able to be here," he said. "To play my part in this business is a privilege and a beautiful thing. The fact that I could lose that ability through the actions of someone such as Donald Trump isn’t right to me. At all.”