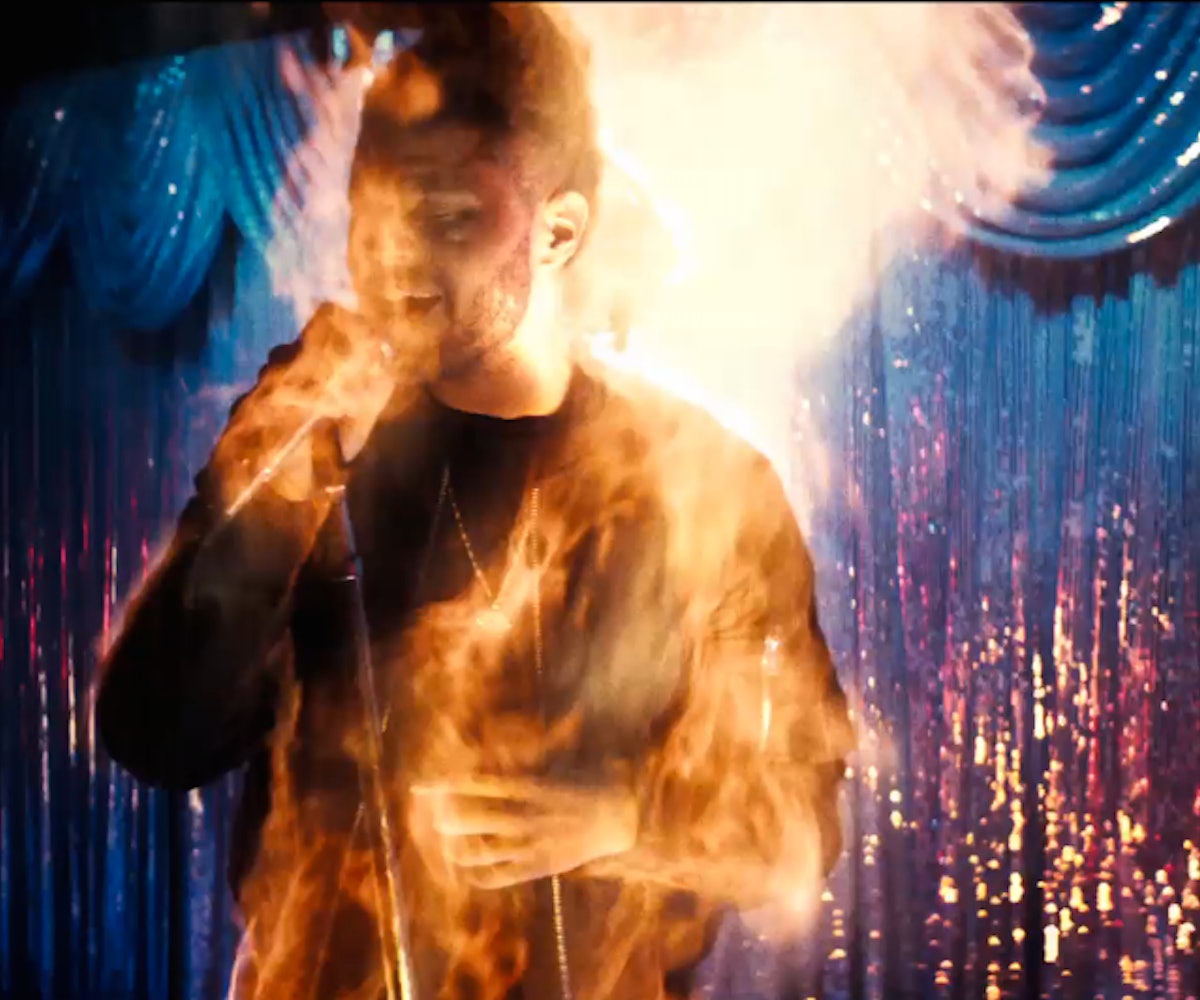 The Weeknd is so not about Tom Cruise getting all the clicks off his track, so he went ahead and dropped his own lip-synced performance of his summertime smash, "I Can't Feel My Face," via Apple Music. Directed by Grant Singer, who made his name directing Sky Ferreira videos and directed The Weeknd's "The Hills" clip, the video starts off as a highly stylized performance clip, with Abel Tesfaye performing his banger to a mildly disinterested crowd. Not even his awkward-cool dance moves can get them excited. It takes no less than one of the audience members lighting Tesfaye on fire to get them into it. Don't they know they're watching the world's next biggest pop star?