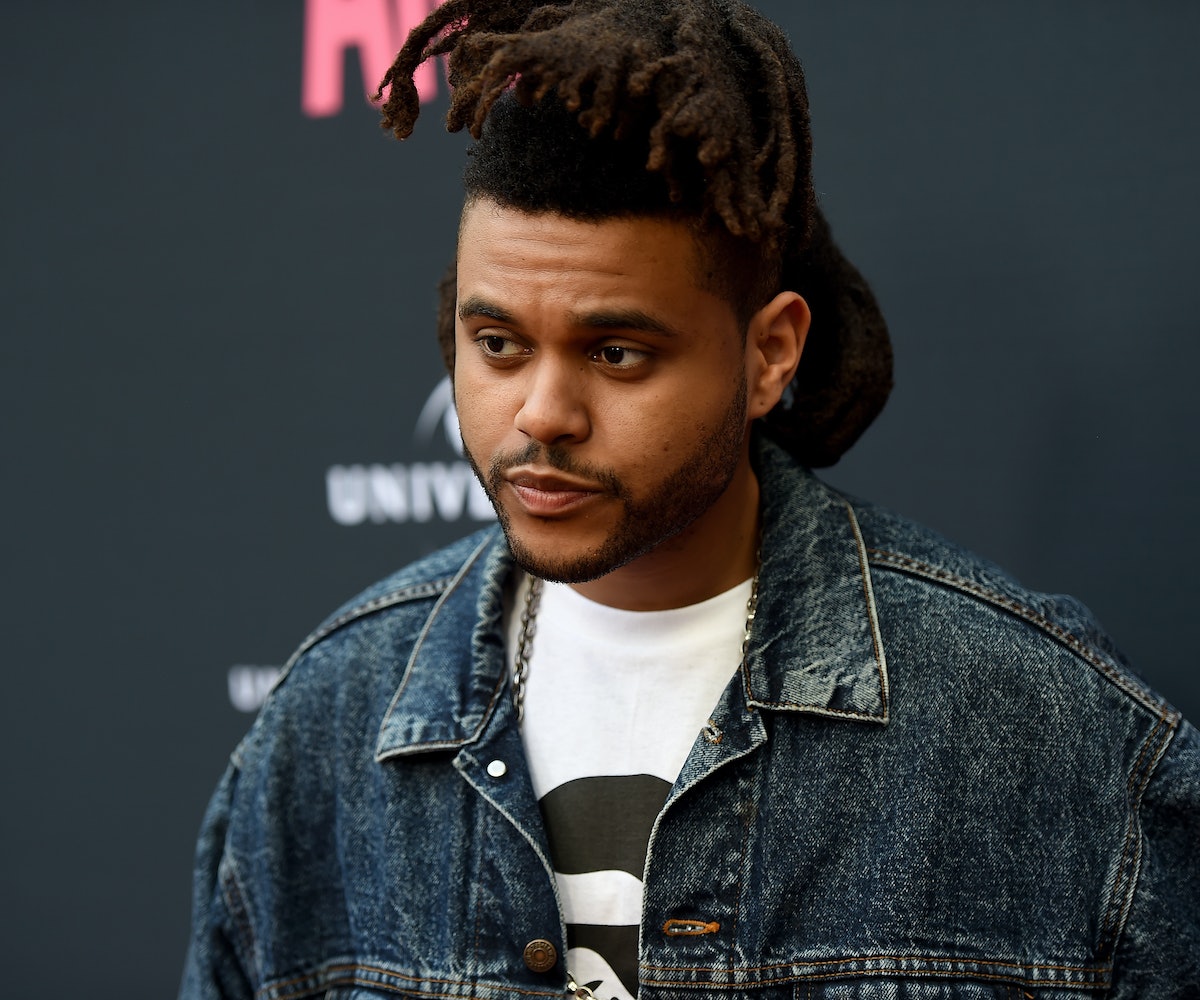 There are only 211 hours, 43 minutes, and 17 seconds left until The Weeknd's stupendously anticipated album, The Beauty Behind the Madness, is released to the masses. But if that seems like an eternity, here's a little nugget to keep you satiated until then. Travi$ Scott

on his Instagram that reportedly features the third track from his album, the Kanye West-produced "Tell Your Friends." Other sites are reporting that this is a live performance of the song, but if you look closely at the darkened clip, it shows Abel Tesfaye circling a stage, but not singing. Our guess is that this was taken from a listening party, and that what we'e hearing is the actual album cut, not a live version. Either way, we're digging it.

The Beauty Behind the Madness drops on August 28, but you knew that already.

NEXT UP
Entertainment
Gracie Abrams & Gia Coppola On The Joy Of Free-Flowing Collaboration
Entertainment
19 Niche Music Festivals For Every Type Of Person
Entertainment
Boygenius, LCD Soundsystem & Steve Lacy Are Headlining A Summer Concert Series
Entertainment
Chloe's "Pray It Away" & 9 Other New Songs Out This Week
Style + Culture, delivered straight to your inbox.