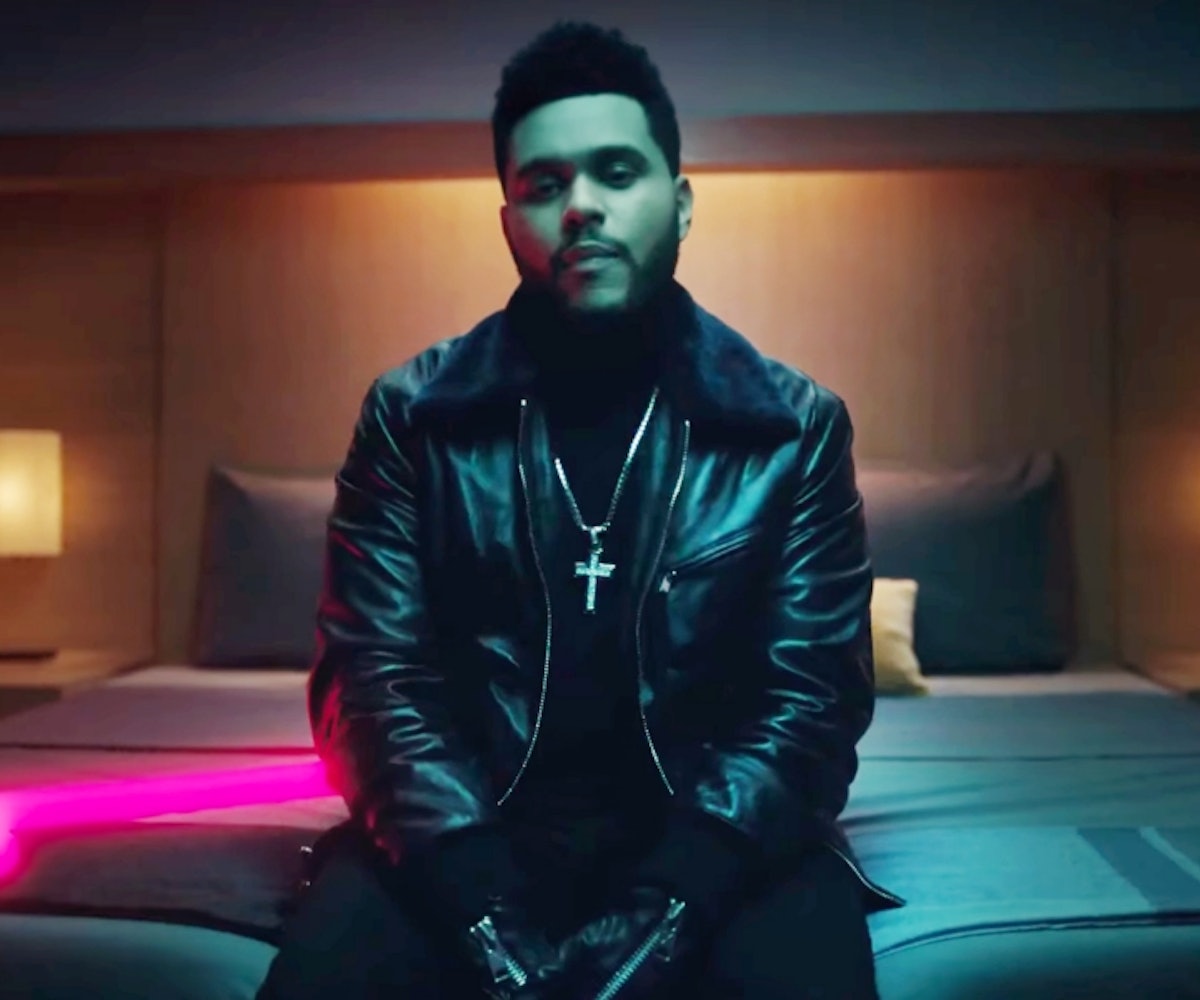 Ahead of next week's release of his new album, Starboy, The Weeknd, aka Abel Tesfaye, dropped two new tracks to whet our appetites. "I Feel It Coming" is a stuttery dance song which sees the singer reteam with Daft Punk, who also appeared on the album's previously released title track. "You've been scared of love and what it did to you/ You don't have to run/ I know what you've been through," Tesfaye sings over a sultry beat. "Just a simple touch and it could set you free/ We don't have to rush when you're alone with me."

The other new track is called "Party Monster," which was cowritten by Lana Del Rey, who also lends her vocals to another song on the album. In stark contrast to "I Feel it Coming," "Party Monster," is a confession of romantic longing, and it comes off of the heels of Tesfaye’s breakup from model Bella Hadid. "I just need a girl who gonna really understand," Tesfaye sings, before admitting that he "Woke up by a girl/ I don't even know her name."

In addition to the two new tracks, The Weeknd also revealed the album's long-awaited tracklist. We can now confirm that along with Lana Del Rey and Daft Punk, Kendrick Lamar and Future also make appearances on an album that Tesfaye admitted was heavily influenced by Prince and David Bowie. To say that we're fully on board would be a massive understatement.

Starboy will be released on November 25. Until then, check out the album's tracklist, and its two new songs, below.