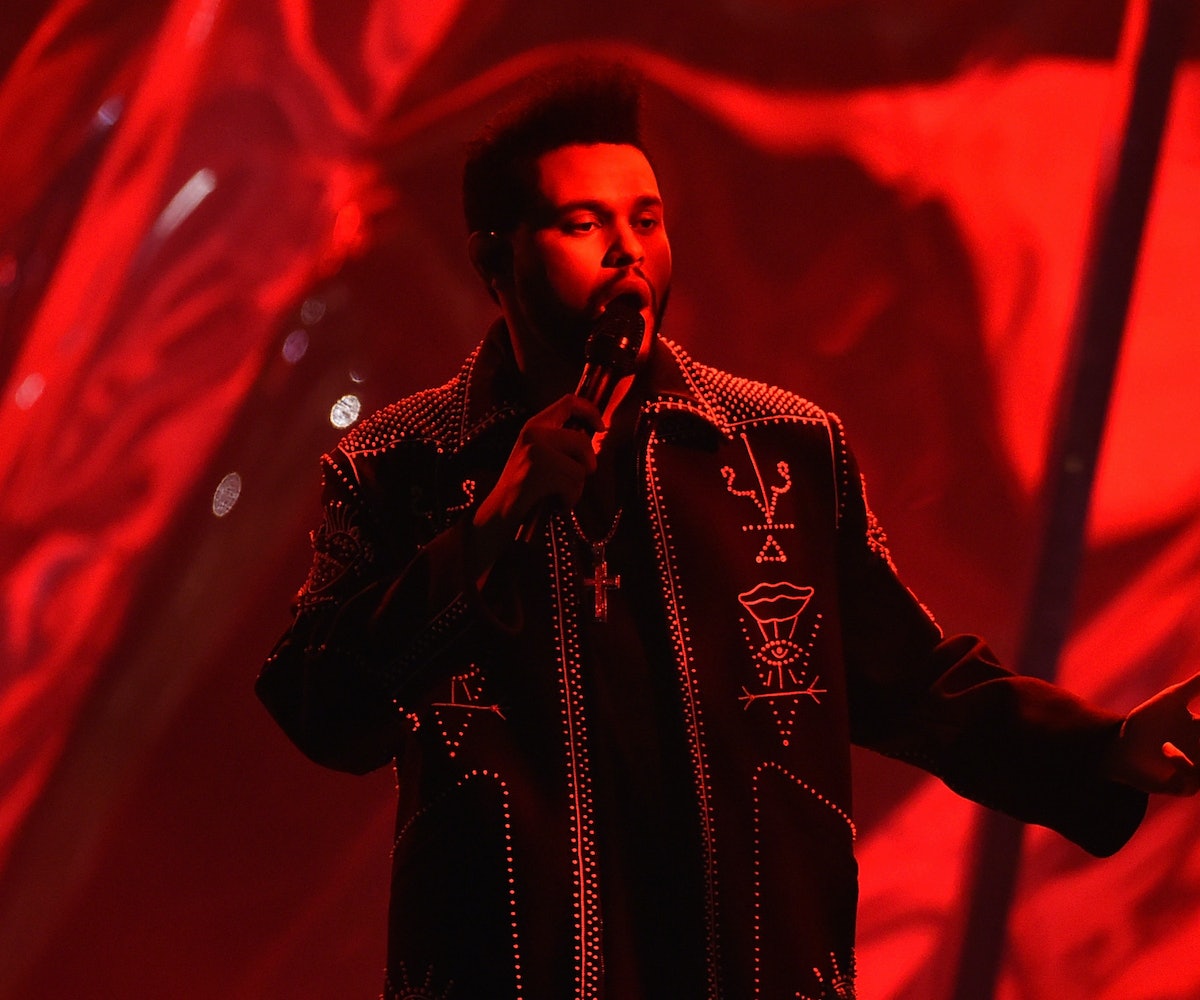 We're only four days away from the release of The Weeknd's hugely anticipated album, Starboy, which, as it turns out, might not be the only new offering we get from the Canadian crooner come Friday. Just one day after his triumphant performance at the American Music Awards, The Weeknd, aka Abel Tesfaye, teased his forthcoming short film, Mania, which looks to be in the same vein of the album's overall aesthetic.

That visual continuity can be attributed to Grant Singer, the video director who helmed the clip for the album's eponymous lead single, who once again takes the reigns for what promises to be a nightmarish vision of the bacchanal world that Tesfaye inhabits. The black panther from the Starboy video makes a cameo, as does a woman and a whip. In other words, it's just another night in the life of The Weeknd.

With guests like Future, Lana Del Rey, and Kendrick Lamar all set to appear on the upcoming album, The Weeknd is poised to finish off 2016 the same way he began: totally killing it. Watch the teaser for Mania, below.